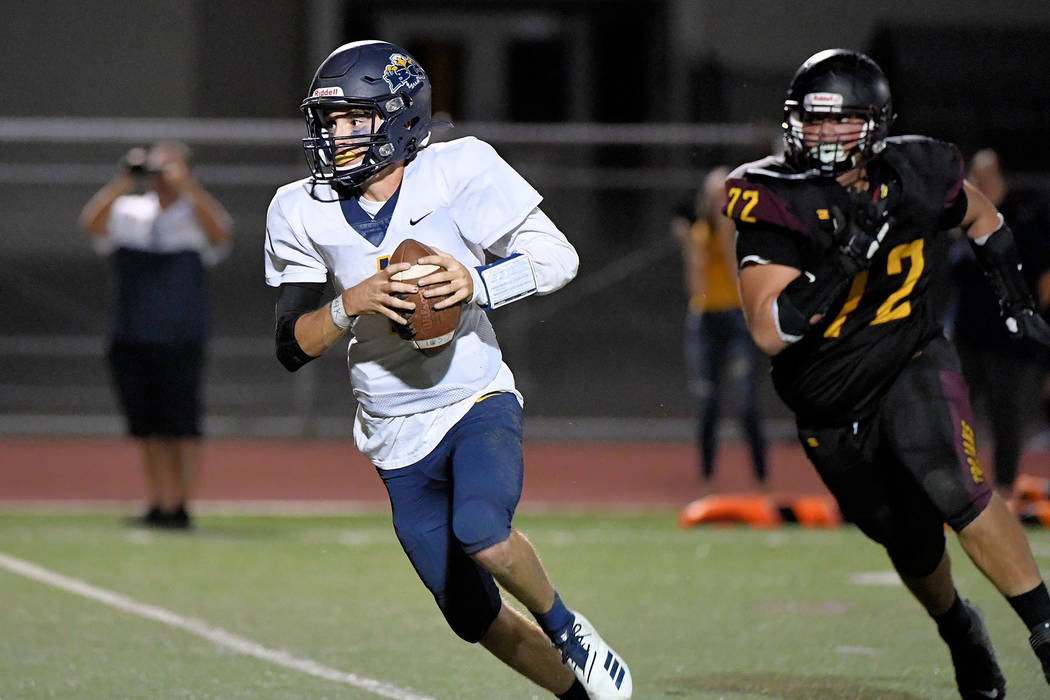 (Peter Davis/Boulder City Review) Senior Parker Reynolds, quarterback for Boulder City High School, threw a pair of touchdowns and ran in another score during the Eagles’ 20-18 win over Pahrump Valley on Friday, Sept. 13, in Pahrump. 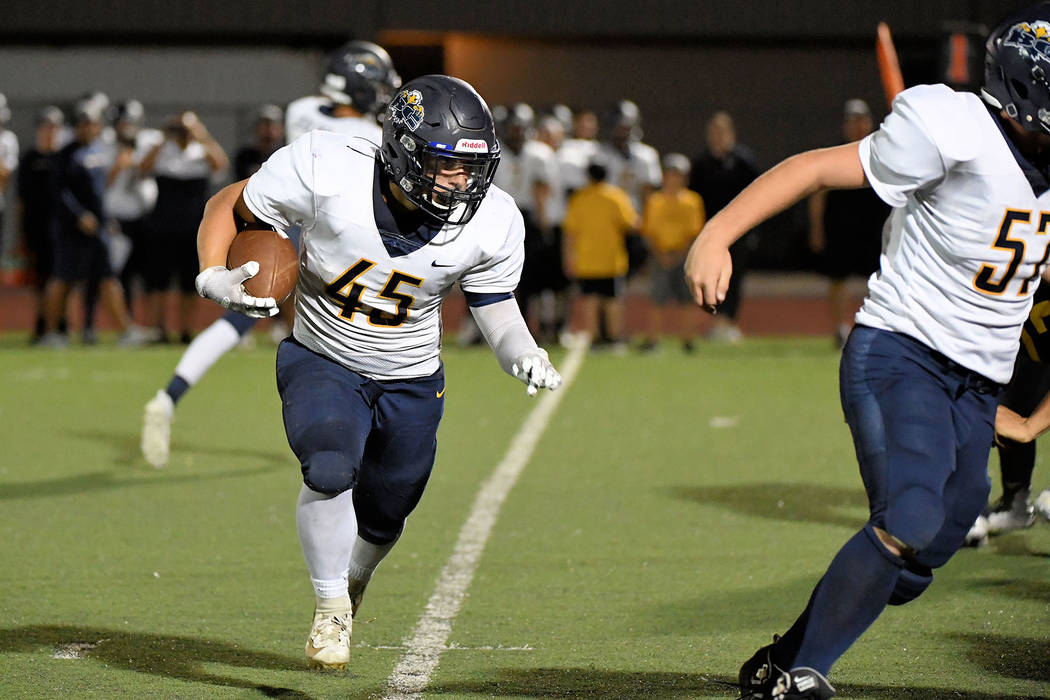 Traveling to Pahrump Valley, the Eagles avenged last season’s playoff loss to the Trojans grinding out a must-win game.

“The boys went there on the road and faced adversity and got a win,” head coach Chris Morelli said. “We fumbled the ball four times; (I) can’t tell you the last time we did that. We made a lot of mental errors, but we found a way to grind it out.”

Senior quarterback Parker Reynolds looked like a true leader of the offense, throwing for a pair of touchdowns and running for another score, in true playmaker fashion. Carving up the Trojans’ defense, Reynolds connected on 17 of 27 passes for 210 yards, finding juniors Trey Davis and Deavin Lopez for touchdown strikes.

“Parker did a very good job executing the game plan we put together,” Morelli said. “We knew we were going to see man coverage and we were able to capitalize on that with a couple touchdowns. They never made an adjustment so we just stuck with it.”

“This game was a big test for us,” Morelli said. “Our turnovers gave them a lot of short field opportunities and our defense came away with stops. They’ve been playing lights out and helping us put away games.”

The Eagles look to extend their winning streak to three games when they travel to Western on Friday, Sept. 20, for their final preseason game.