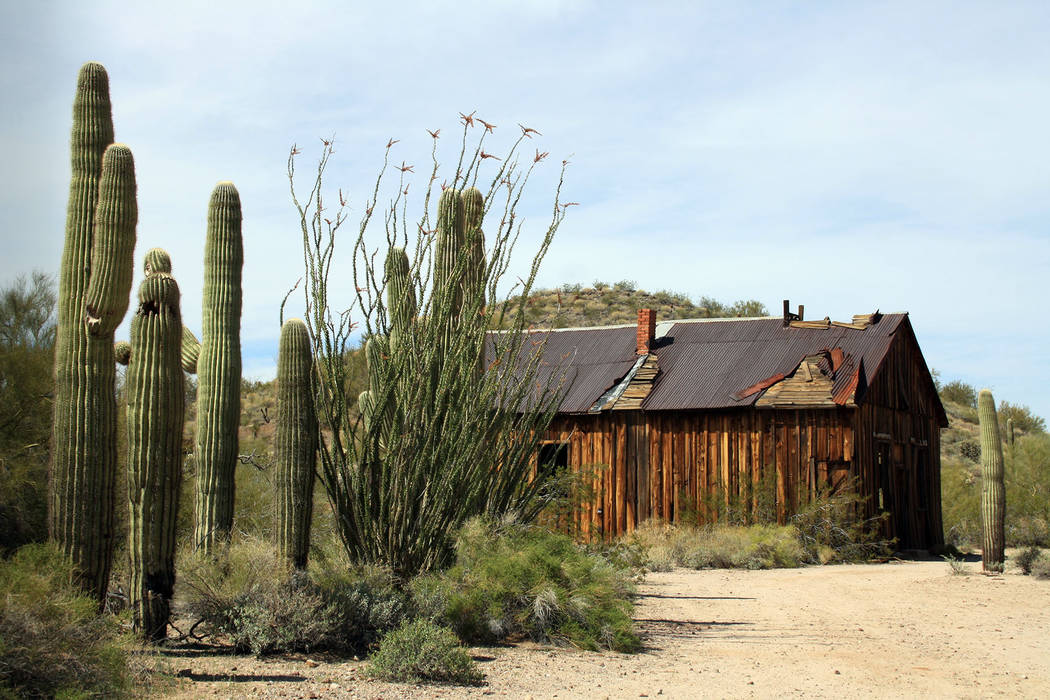 (Deborah Wall) Visitors should allow at least an hour to stroll around the grounds and buildings at the Vulcan City Ghost Town, which is about 12 miles from Wickenburg, Arizona. 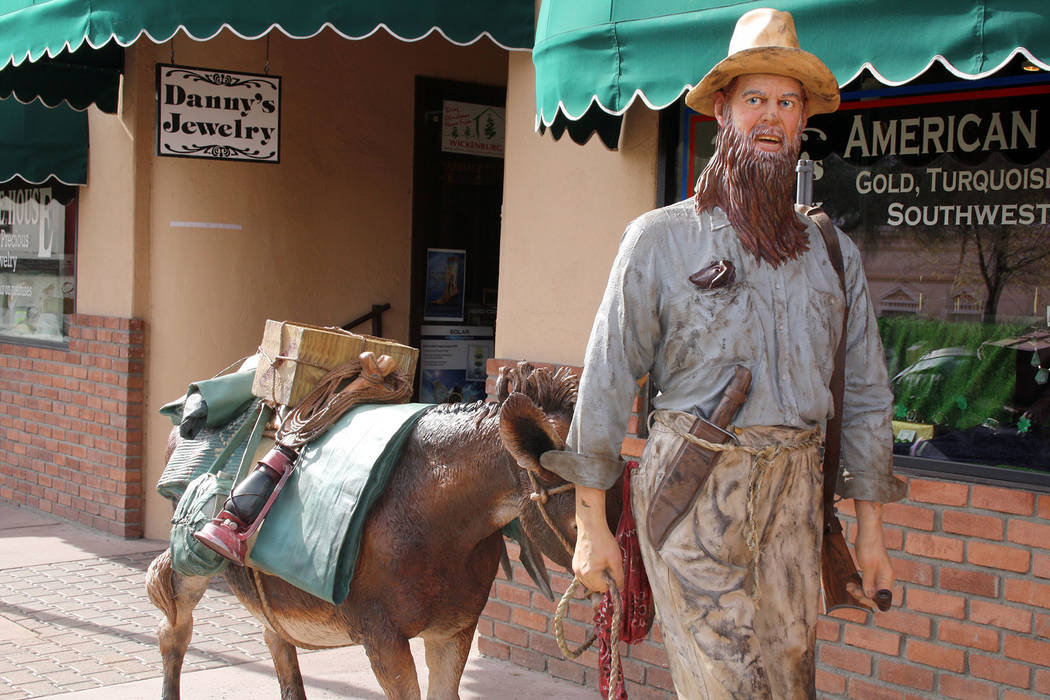 (Deborah Wall) A statue of a miner leading his burro during the mining boom in the 19th century is one of six large bronzes created by world-renowned artist J. Seward Johnson Jr. that can be found on a self-guided walking tour of Wickenburg, Arizona. 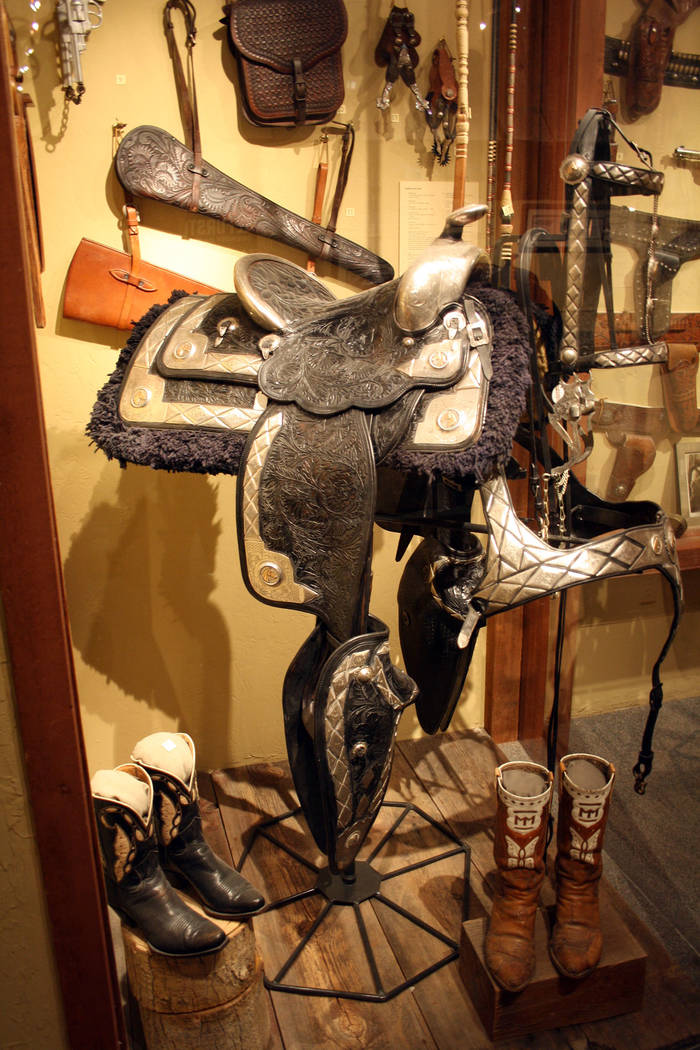 (Deborah Wall) The Desert Caballeros Western Museum in Wickenburg, Arizona, is home to original art by masters including Frederic Remington, Charles Russell and George Phippen but also showcases local history with displays on more common items such as chaps, bolo ties and saddles. 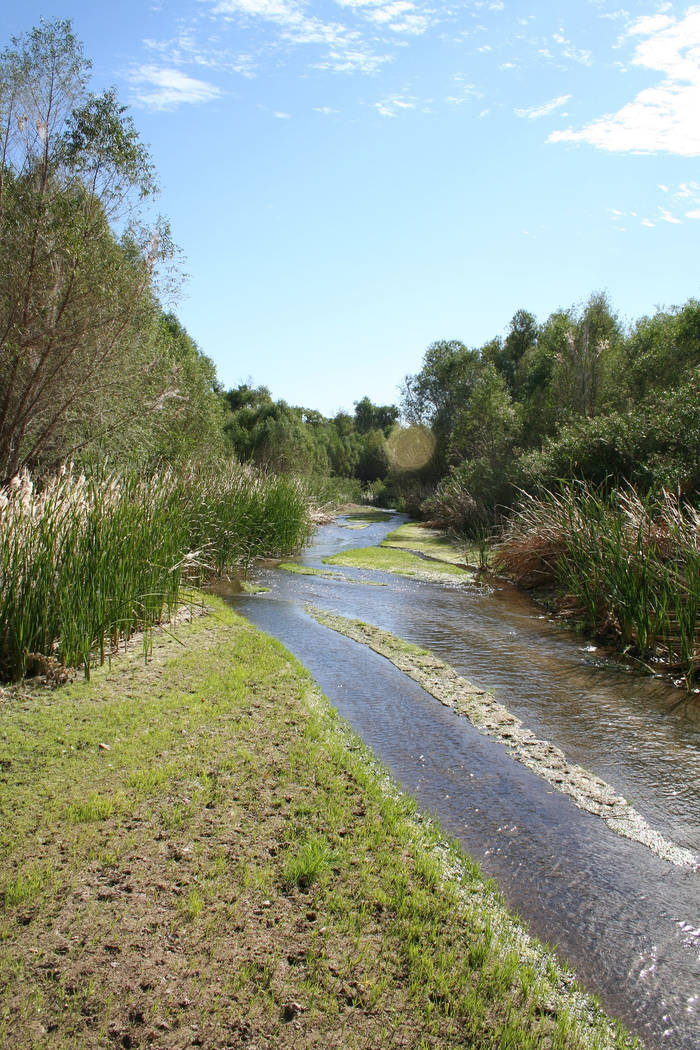 In February the average daytime temperatures reach the high 60 degrees, with March averages in the low 70s.

The town was established in 1863 and is named for Henry Wickenburg, an Austrian immigrant who ventured west seeking a cure for his gold fever. He discovered the quartz outcropping that became the Vulture Mine. The mine operated from 1863 to 1942 and produced 340,000 ounces of gold and 260,000 ounces of silver.

The Vulture City Ghost Town, about 12 miles from Wickenburg proper, is a fine place to spend an hour or so strolling along a half-mile gravel walking path around the old mining town. You will find plenty of old buildings to poke around in and see hundreds of mining artifacts.

Don’t miss Henry Wickenburg’s restored 15-by-20-foot cabin, which he built in 1864 of stone and adobe. Nearby, look for a large ironwood tree (olneya tesota) that is said to be 200-300 years old. Known as the Hanging Tree, it stretched somebody’s neck 18 times, at least according to legend.

Though it started as a mining town, Wickenburg became a center of cowboy culture, and remains so. Many team roping events are held throughout the winter months.

Start your visit at the Wickenburg Chamber of Commerce at the Santa Fe Depot, which was built in 1895. Pick up a map and set out on a self-guided walking tour. More than 20 buildings are listed in the National Register of Historic Places, an impressive number for a town that counted only about 6,400 residents in the last census.

Throughout the town there are bronze sculptures depicting historic events and people. Also, be sure to stop in at the Desert Caballeros Western Museum, an institution of legendary high quality. It displays original artworks by masters such as Frederic Remington, Charles Russell and George Phippen. Not to be overlooked is the fine folk art expressed in bolo ties, spurs, bits, bridles, chaps and gun belts.

If your feet itch for hiking trails, the best for all ages are found at the Hassayampa River Preserve. This is a 770-acre park filled with streamside habitats and excellent birding opportunities. Most of the 100-mile Hassayampa River flows underground, but here at the preserve, its crystal waters flow year-round, creating a haven for wildlife. More than 280 species of birds, both resident and migratory, have been recorded here.

Bring binoculars as you stroll around the riparian vegetation of cottonwoods and willows on short easy trails. Some birds to look for include the great blue heron, green heron and a wide variety of hawks.

The 72nd annual Gold Rush Days take place Friday through Sunday, Feb. 14-16. The event honors the days of ranching and gold mining that put the town on the map. This celebration is not only the town’s largest, but also features a national senior pro rodeo, a carnival, an artisan fair and a parade that is one of the state’s largest. The Gold Rush parade takes place at 10 a.m. Saturday, Feb. 15, and will have more than 100 entries. Often the entries include as many as 1,000 horses.

For more information on Wickenburg, contact the Chamber of Commerce at 928-684-5479 or visit www.visitwickenburg.com.