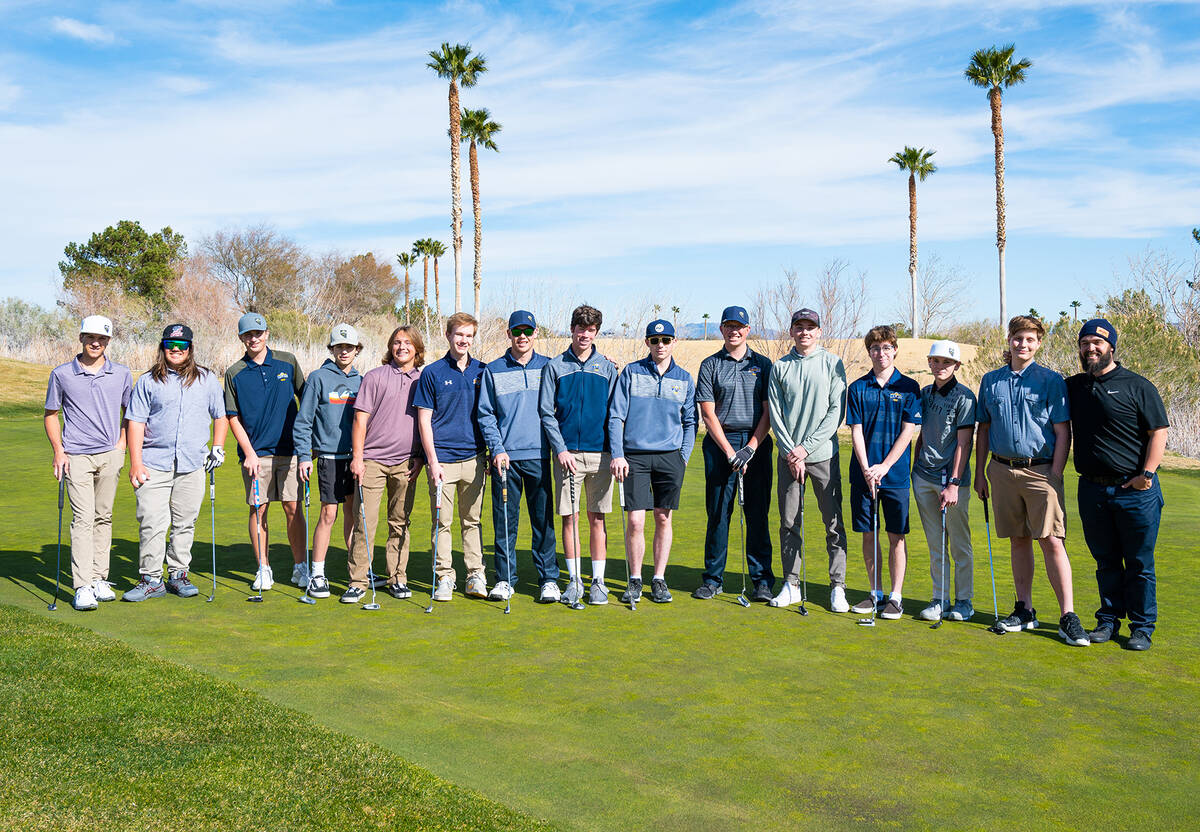 Starting the year off with a new head coach and a fresh roster, this year’s group may look different from years past but the expectation of still being among the top teams in the 3A classification remains.

“The boys are very aware of the success that the program has had in years past,” head coach Haden Jaramillo said. “There is a little bit of pressure to duplicate that success, but I think it’s good pressure. We have a very young group and we have plenty of time to continue that success.”

Competing in their first league match of the season at Mountain Falls Golf Club on Monday, March 7, the Eagles had a team score of 443, falling behind only host Pahrump Valley, which finished with a score of 414.

“We have a bunch of new guys this season, so I’m proud of how they’ve worked after two meets,” Jaramillo said. “We know that we have a lot to learn still, but I like where we’re heading. At the Pahrump Invite that was a lot of guys’ first varsity experience, so that tells you our experience level. This week was a great learning experience for us.”

Jaramillo said he knows the history of the boys golf program and expects to keep the gold standard despite a young and inexperienced roster. Looking to see improvement throughout the season, Jaramillo said he feels the Eagles will still be in state tournament contention.

“We have a lot of underclassmen on this team and we’re looking for growth this season,” he said. “Our goal is to make it to the state meet and I feel even though we’re young that we have a good chance.”