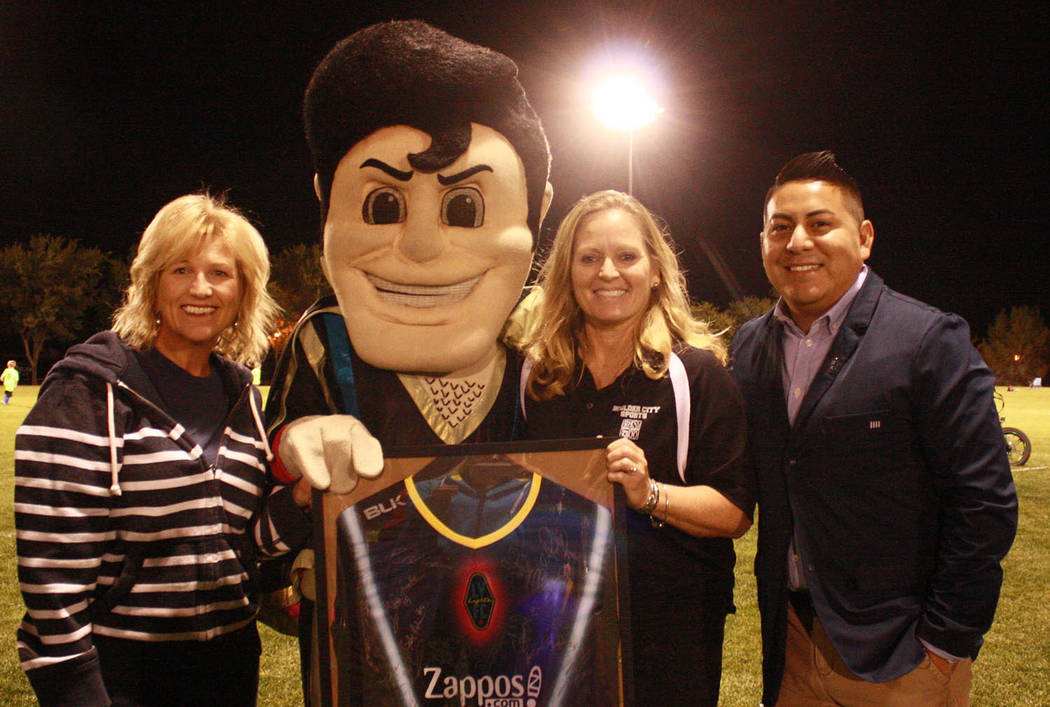 Youth soccer players get gift, tickets to game from Lights

In September, the players participated in a Boulder City Night, and Oct. 9 the organization came to Veteran’s Memorial Park to honor the program by presenting the department with a signed player jersey.

Alex Ortega, the team’s group ticket account executive, presented the jersey and welcomed the youth teams to the Lights’ last home game of the season, which was played Saturday, Oct. 12, at Cashman Field. Also on hand for the festivities was Cash, the team’s mascot.

The youth soccer league, which ends its season today, Oct. 17, has players in third through fifth grades. There also is a league for kindergartners.