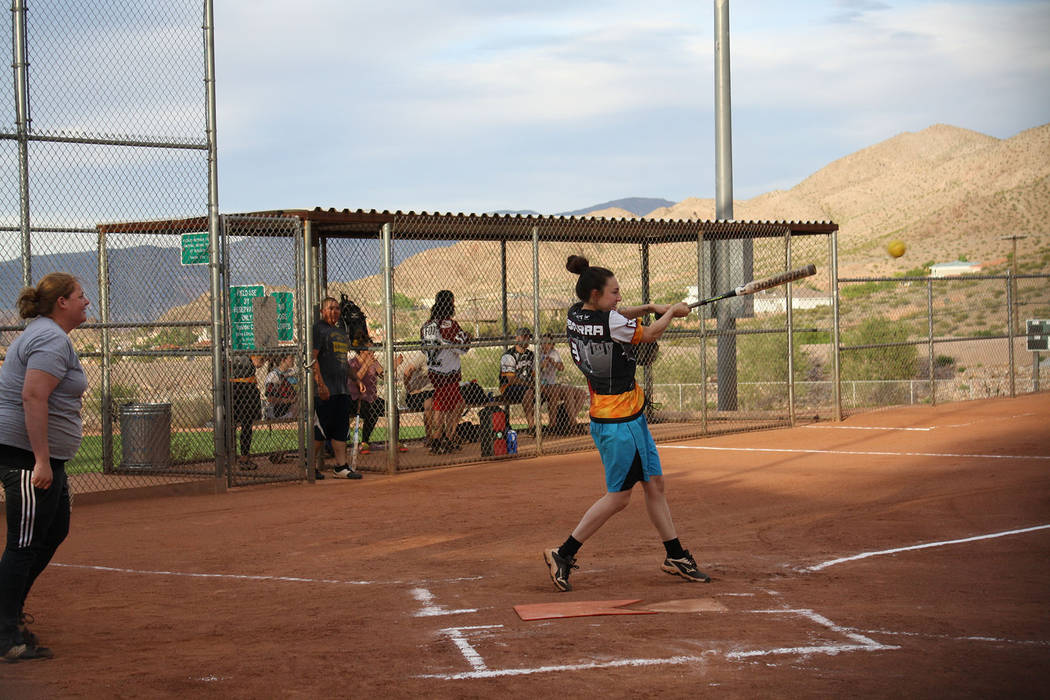 (Kelly Lehr) Nearly 60 children participated in a hockey clinic presented by the Boulder City Parks and Recreation Department and the Las Vegas Golden Knights Youth Hockey. The free clinic for the third- through sixth-graders was held Friday, June 14, 2019, and provided assistance in hockey skills, techniques and game strategies.

The team’s youth enrichment program came out to Boulder City and provided assistance in hockey skills, techniques and game strategies.

Matt Flynn and his crew from City National Arena provided the participants with Golden Knights towels, enthusiasm for the rising sport and fun for all, said Kelly Lehr, sports coordinator for the department.

The clinic was attended by 58 children.

T.Q. Pallets is currently in first place with a 6-5-1 record.

Adult softball will resume in September with coed and men’s leagues.