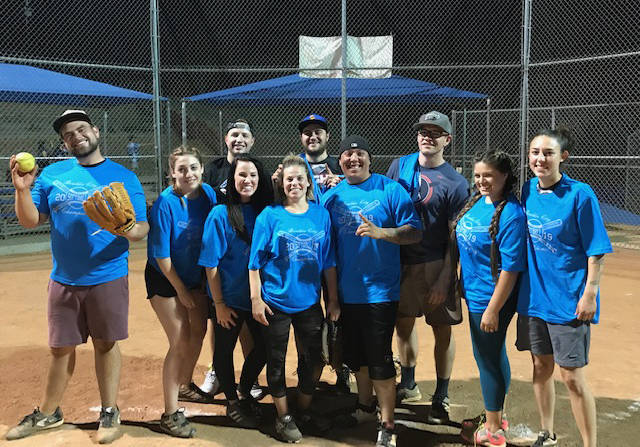 Boulder Dam Brew Pub defeated Boulder Dam Credit Union in the first game 13-11 with a walk-off home run from Tyler Bletch. The team went on to crush T.Q. Pallets 15-5 in the second game with big hits from Emilio Gomez, Stephanie Steele and Alyssa Ybarra, according to Kelly Lehr, sports coordinator.

Boulder Dam Brew Pub faced T.Q. Pallets again in the championship game, where hot bats from Garrett Calloway, Bletch and Amanda Rodgers created a giant lead from which T.Q. Pallets could not recover. The champs won the final game 11-2.

Past and present Boulder City High School basketball players are part of several teams in the league and will be challenged by teams from Henderson and Las Vegas.

“The league is competitive and a fun way to spend the summer evenings,” Lehr said.

Games will be played through Aug. 20.