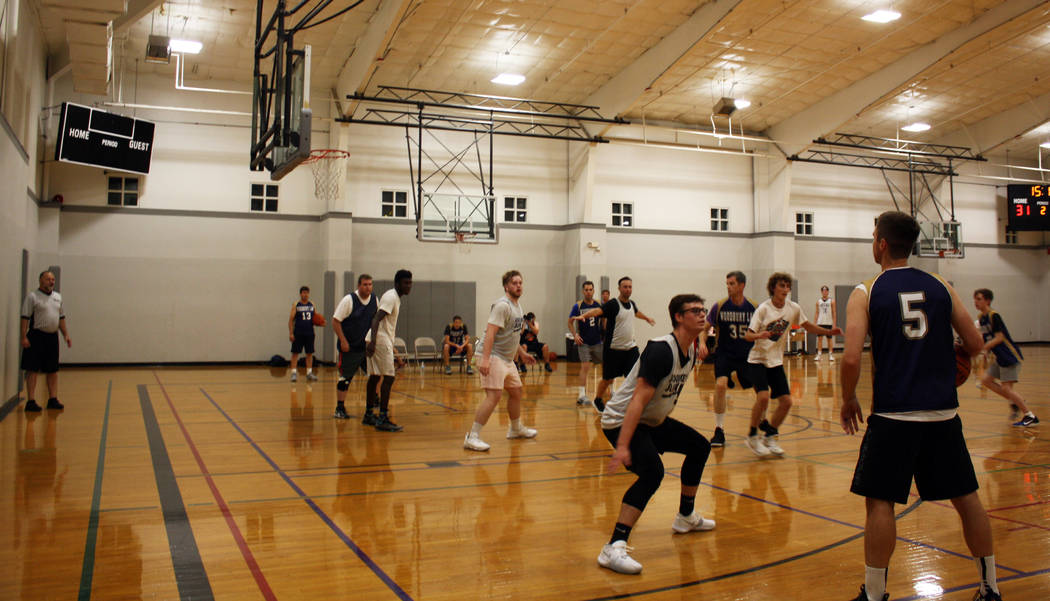 The six-team league seems to be evenly matched with new scoring leaders weekly, she said. Now, halfway through the regular scheduled games, there is a three-way tie for second place. Slow and Steady, Woodbury Law and B.C. Kids are all jockeying for position with Average Joes and All Kinds Services close behind.

Antione Hines (Slow and Steady) is the high scorer this season with 33 points in a game. He is followed by Justice Augustine (All Kinds Services) with 27 points, Bailey Gossard (Average Joe’s) and Mike Trenski (Slow and Steady) with 26 points each, and Nate Hafen (Woodbury Law) with 25 points.

Games are played Tuesdays and Thursdays through Aug. 6. The regular season will be followed by a double-elimination tournament, which runs through Aug. 20. Games begin at 7 p.m. and are played until 10 p.m. at the department’s new gymnasium, 900 Arizona St.