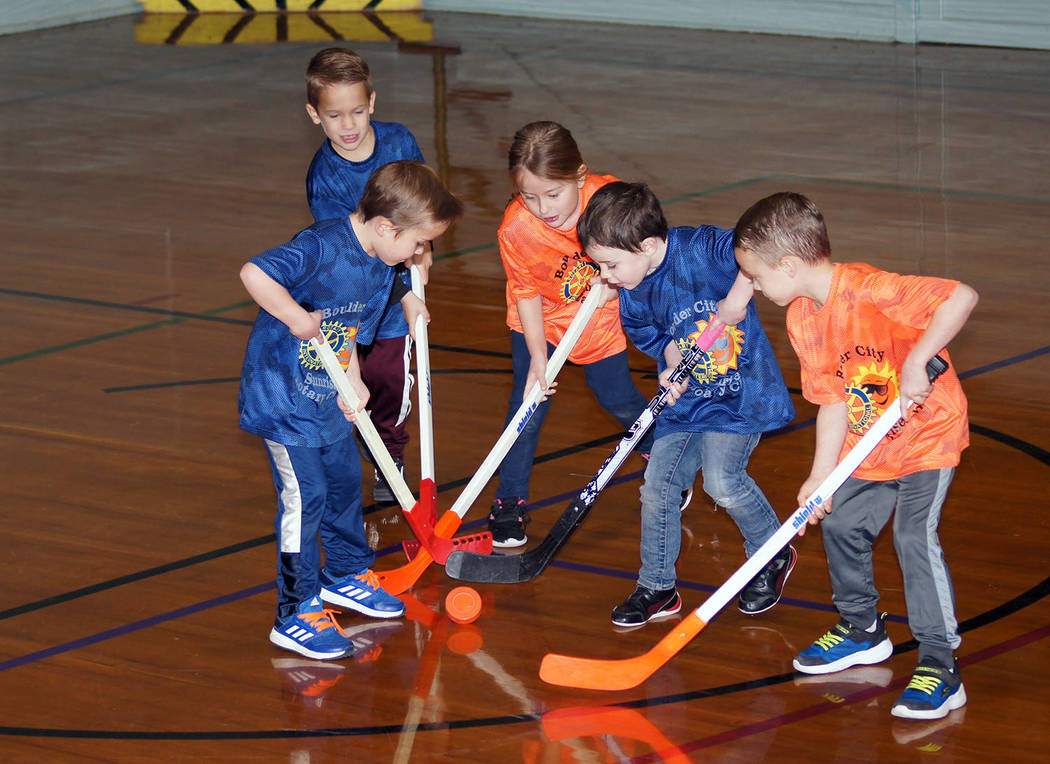 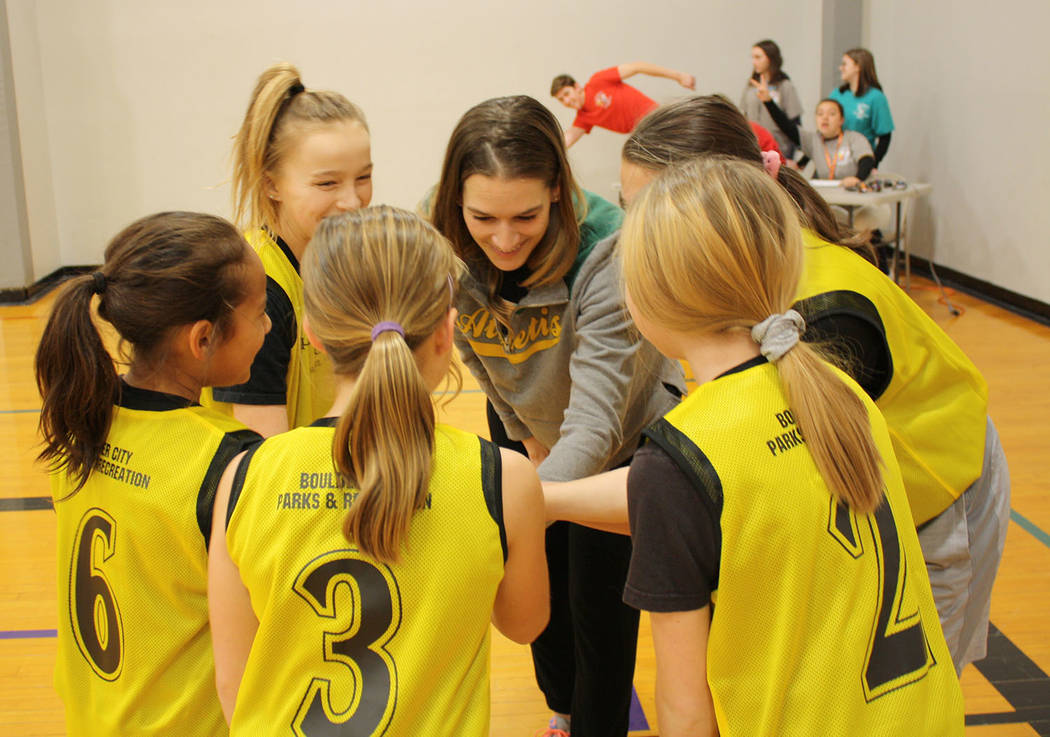 Cyndi Anderson, president of Sunrise Rotary; Amy Carvahlo, president-elect, and other members in their recognizable red shirts were on hand for this exciting first day of league games, said Kelly Lehr, sports coordinator for the department. Parks and Recreation commissioners Mike Pontius, Katie Tyler and Tom Tyler came to show their support as well.

The league has 10 teams (four kindergarten and six first- through second-grade teams). Games begin at 9 a.m. every Saturday in the old gymnasium at the city’s recreation center, 900 Arizona St. They will be played through mid-March.

The third- through sixth-grade hockey clinic will be held at 9 and 10 a.m. Feb. 15 in the new gymnasium. Games will begin in mid-March and be played Monday and Wednesday evenings through April.

Boulder City Park and Recreation Department’s youth basketball league is in action throughout the week.

Third- and fourth-grade boys are beginning their second round of games in league play. They play at 6 p.m. Mondays and Wednesdays in the new gymnasium at the Recreation Center, 900 Arizona St.

The league for fifth- through seventh-grade boys plays at 6:30 p.m. Tuesdays and Thursdays in the old gymnasium. Boys basketball is sponsored by Gibson Orthodontics and has eight teams playing through February, Lehr said. The Mandos and Flint Tropics are currently undefeated in their divisions.

The third- through seventh-grade girls league plays at 7 p.m. Mondays and Wednesdays in the new gymnasium. It is sponsored by Hoover Dam Lodge.

Men’s adult basketball is in the middle of league play. Games are played at 7 p.m. Tuesdays and Thursdays in the Recreation Center’s new gymnasium. The hometown team sponsored by Boulder Dam Credit Union and the reigning champions, Slow and Steady, are tied for first place, Lehr said.

Games will continue through February, followed by a double-elimination tournament in early March.