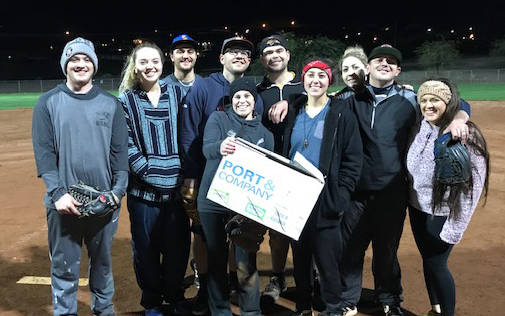 Boulder Dam Brew Pub defeated T.Q. Pallets and Boulder Dam Credit Union early in the tournament to secure a place in the championship game. They faced T.Q. Pallets again, which came up from the loser’s bracket, and defeated them 9-5, said Kelly Lehr, sports coordinator for the department.