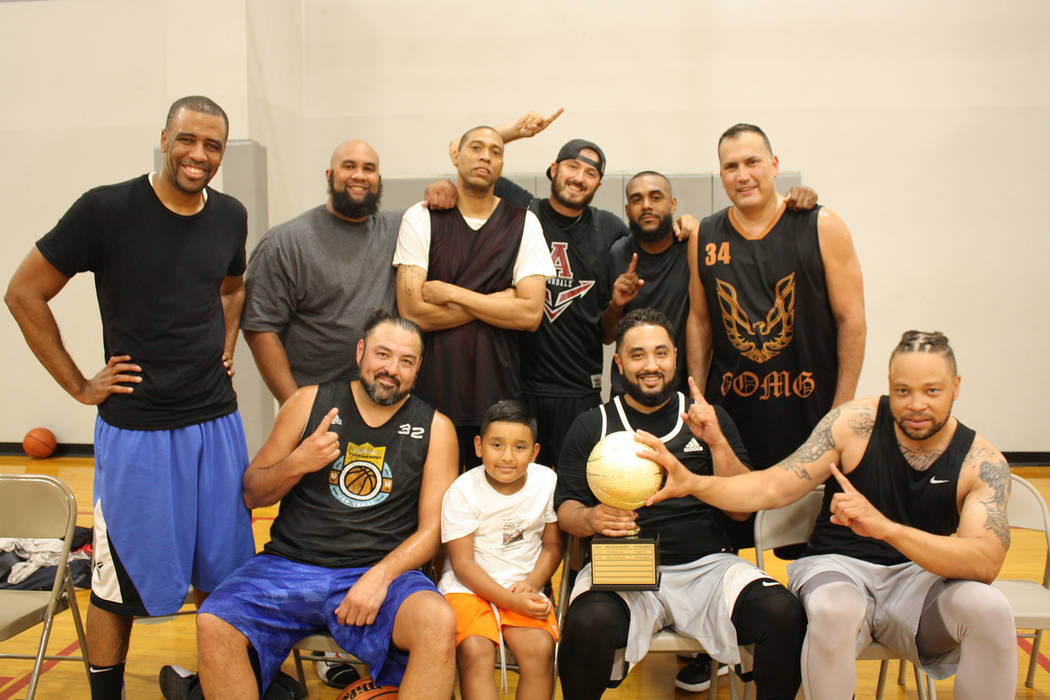 The team came up from the loser’s bracket to beat Woodbury Law 48-32 and 50-44 in the double-elimination finals, according to Kelly Lehr, sports coordinator for the department.

Despite Clayton Pendleton’s average of 15 points per game and strong rebounding from Dave Randall and Brian Alder from Woodbury Law, Marcus Wilson and Kodiak Yazzie of Slow and Steady dominated the boards.

The men’s winter basketball league begins in January with the manager meeting in mid-December. Call Lehr at 702-293-9254 for more information or to register a team.