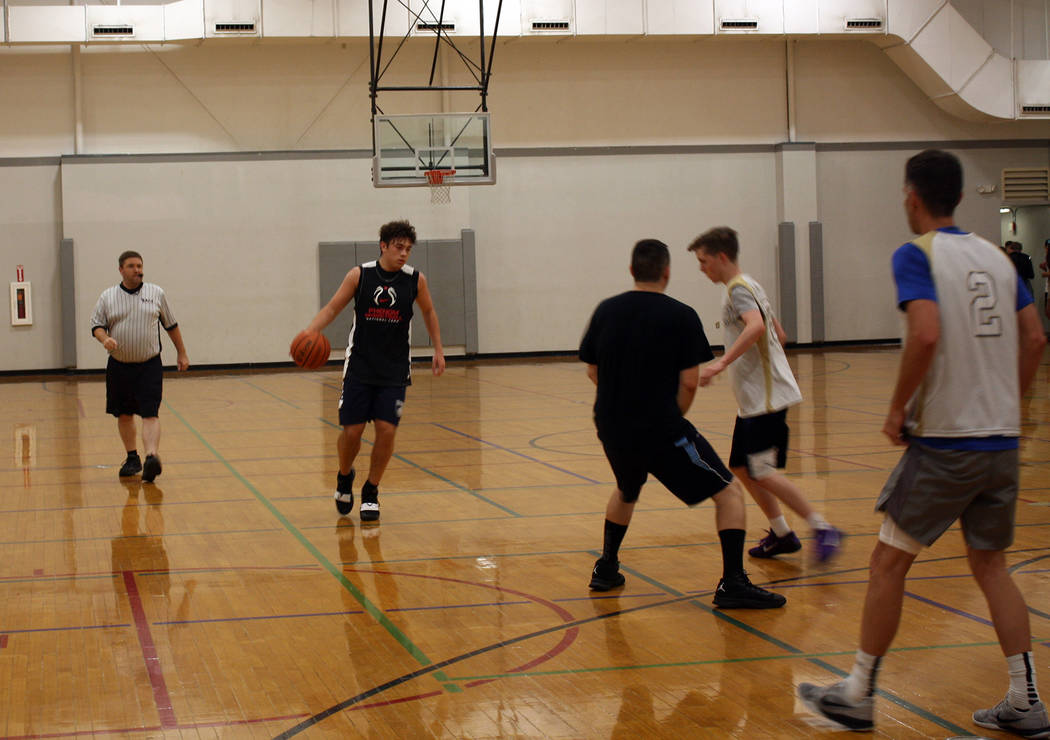 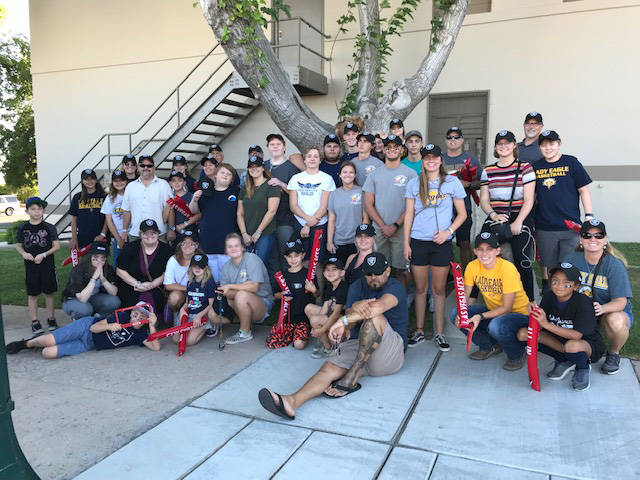 Boulder City Parks and Recreation Department’s men’s summer league basketball double-elimination tournament is underway. The top-seeded Boulder Dam Credit Union fell to Woodbury Law on Aug. 8 due in part to Nate Hafen’s tough defensive rebounding and his contribution of 13 points, according to Kelly Lehr, sports coordinator for the department.

Slow and Steady continues to gain momentum as it fought past B.C. Kids thanks to a 16 point run by Antione Hines, she added.

Play continued Tuesday with teams from the losers bracket facing off in elimination rounds. Woodbury Law and Slow and Steady played to determine who went to the championship game.

The semifinal and final games will be played tonight, Aug. 15, beginning at 7 p.m. in the new gym at the recreation Center, 900 Arizona St.

The Parks and Recreation Department adult men’s basketball program also has a league that will begin in January and run through early March.

Fifty basketball fans from Boulder City were treated to a trip to the event center at Mandalay Bay on Sunday, Aug. 11, to watch the WNBA’s Aces play. The trip was sponsored by the Oakland Raiders as a community outreach program.

The last-minute program partnered youths in grades three through eight from the city’s parks and recreation department’s basketball program with members of Boulder City High School’s girls basketball program. The football team provided transportation, tickets to the game featuring the Aces vs. the Connecticut Sun and food vouchers and gave those attending Raiders hats and stickers.

“They sat us courtside under the basket,” said Kelly Lehr, sports coordinator for the department. “It was really an unbelievably generous offer to get our community involved in professional sports.”

She said she expects future partnerships with the Raiders’ youth enrichment program.

The adult coed softball, men’s softball and women’s fall volleyball leagues will be starting in September. Call Kelly Lehr at 702-293-9254 if you are interested in participating the upcoming season.