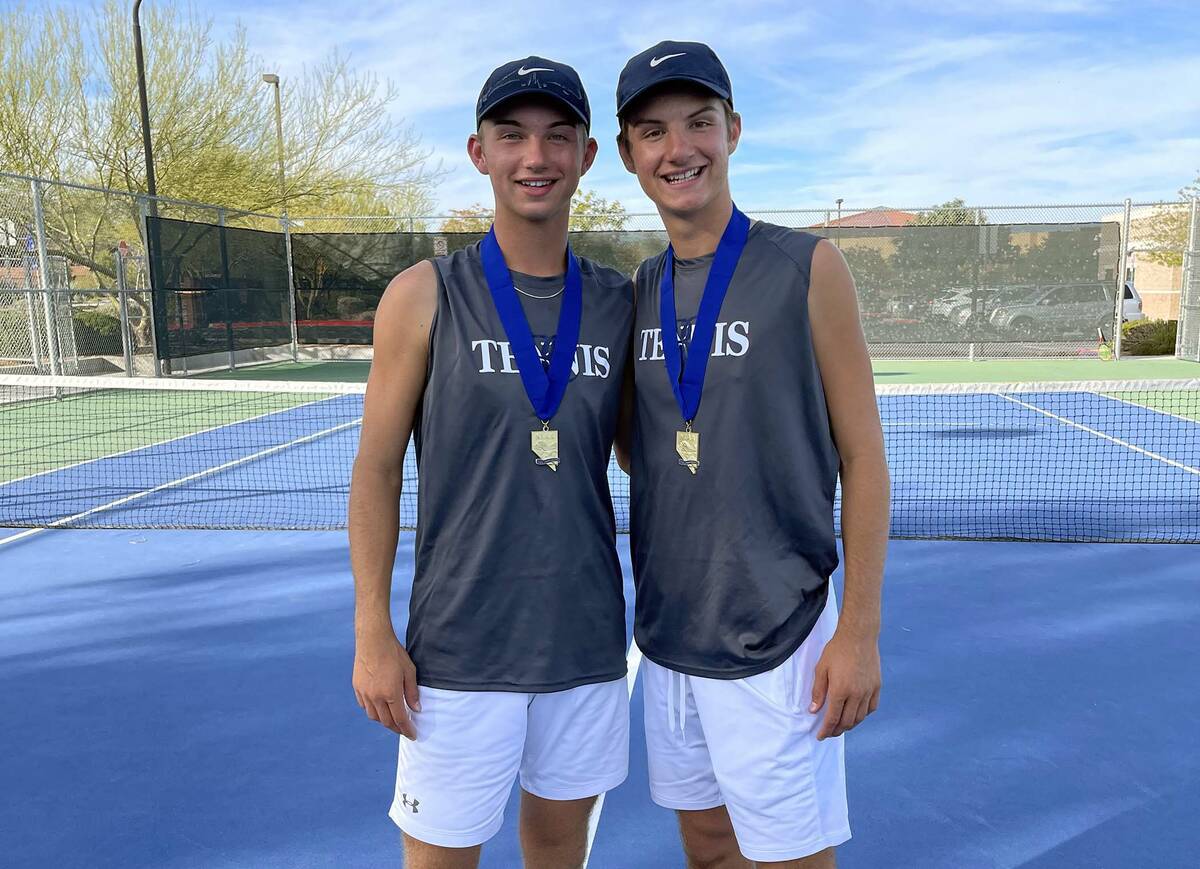 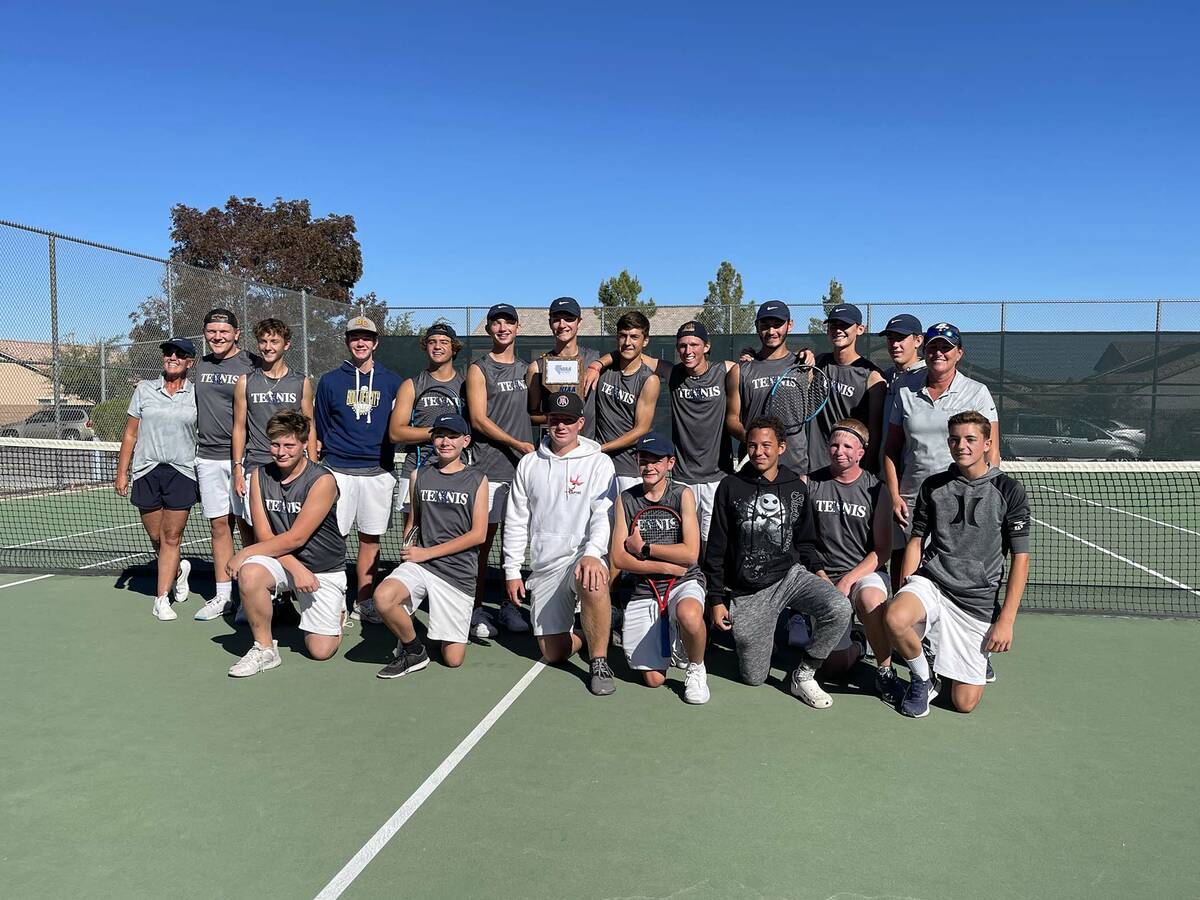 “I was watching the doubles match the whole time, so I was unaware we had won our … tiebreaker,” said Rachelle Huxford, boys head coach. “At the very least I was hoping for Tyler and Ike to win so we could head into a 9-9 tie, but after they earned their last point, the boys just started screaming with excitement.”

Lemmel and Pappas started their tiebreaker with a 1-6 deficit, before rallying off seven consecutive points.

“I give them credit,” Huxford said. “It’s so hard to win seven straight points in tennis, but somehow they were able to keep their cool and do it. They came back and played great.”

Playing their best match of the season, Lemmel and Pappas finished 3-0, along with seniors Kannon Rose and Kenny Rose.

“We knew coming into this match we had to be different,” Huxford said. “We changed our lineup around and made key adjustments and thankfully they paid off.”

Defeating South Tahoe 14-4 in the state semifinals, Kannon Rose and Kenny Rose finished 3-0, along with Lemmel and his regular partner Pendleton.

In singles, Pickett, Schafler and Pappas all finished 2-1, in what Huxford called her most rewarding state championship victory to date.

“Obviously all our state championships are special, but this one a little bit more considering we were the underdog all season long,” Huxford said. “These boys really wanted it this year. I’ve never had a group so dedicated to getting better and it showed out there on the court.”

In individual play on Oct. 30 at Bishop Gorman High School, Kannon Rose and Kenny Rose earned an individual doubles title by defeating The Meadows’ Ryan Roxarzade and Alberto Pereira 6-3, 6-4 in the finals.

“Winning the state title for individuals was truly thrilling for Kannon and I,” Kenny Rose said. “Especially because the last time we were in the playoffs was our sophomore year. Our good friends Boen Huxford and Preston Jorgenson took the title that year and we really looked up to them, as we were still very new to this sport. Kannon and I started from the bottom and winning the individual state championship really showed how hard we worked the last couple of years.”