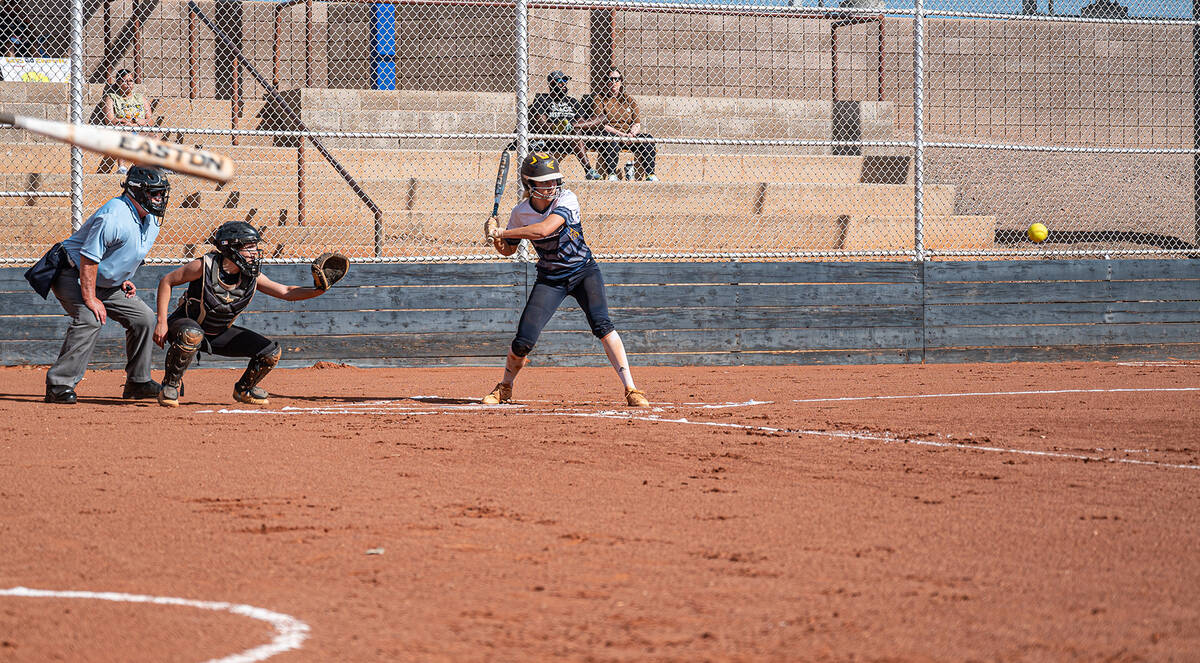 (Jamie Jane/Boulder City Review) Boulder City High School senior Paeton Carver, seen in March, was named the MVP for the 3A Desert League after helping the Lady Eagles clinch a spot in the state tournament.

“Paeton had a heck of a season and is such a hard worker,” said head coach Angelica Moorhead. “She has an amazing attitude and a great work ethic. “It’s wonderful that other coaches, besides us of course, recognize what an amazing player she is. Her hard work definitely paid off and (this) is well-deserved.”

A four-year letter winner with the Lady Eagles, Carver led the team with 29 runs batted in and five home runs, while batting .434 on the season.

She is one of 11 Lady Eagles who were recognized for their achievements.

“This group of girls were wonderful to work with this season,” Moorhead said. “Some play year-round, others are two/three sport athletes and they just really enjoy the game and loved working together.

“Most started young with some of our parents on the team and I thank them for that. It makes such a huge difference in our program. Boulder City has always had a strong tradition of teams through the years and I’m so grateful, along with all the other coaches and the rest of the village it takes to be a part of this program.”

Joining Carver on the first-team were seniors Samantha Bahde, Alyssa Bryant and Lily Hood, along with sophomore Talynn Madrid.

“Our youngsters that made the league teams deserved to be there,” Moorhead said. “They work hard year-round and I’m so proud of them. (I am) looking forward to them playing the next few years.”

The coaching staff of Moorhead, Paxton Fleming, Chuck Johnisee and Lena Washburn were named coach of the year.

“It is always an honor to be recognized by the other coaches in the league,” Moorhead said. “I couldn’t do it without my staff. We’re a team and we all won that together.”