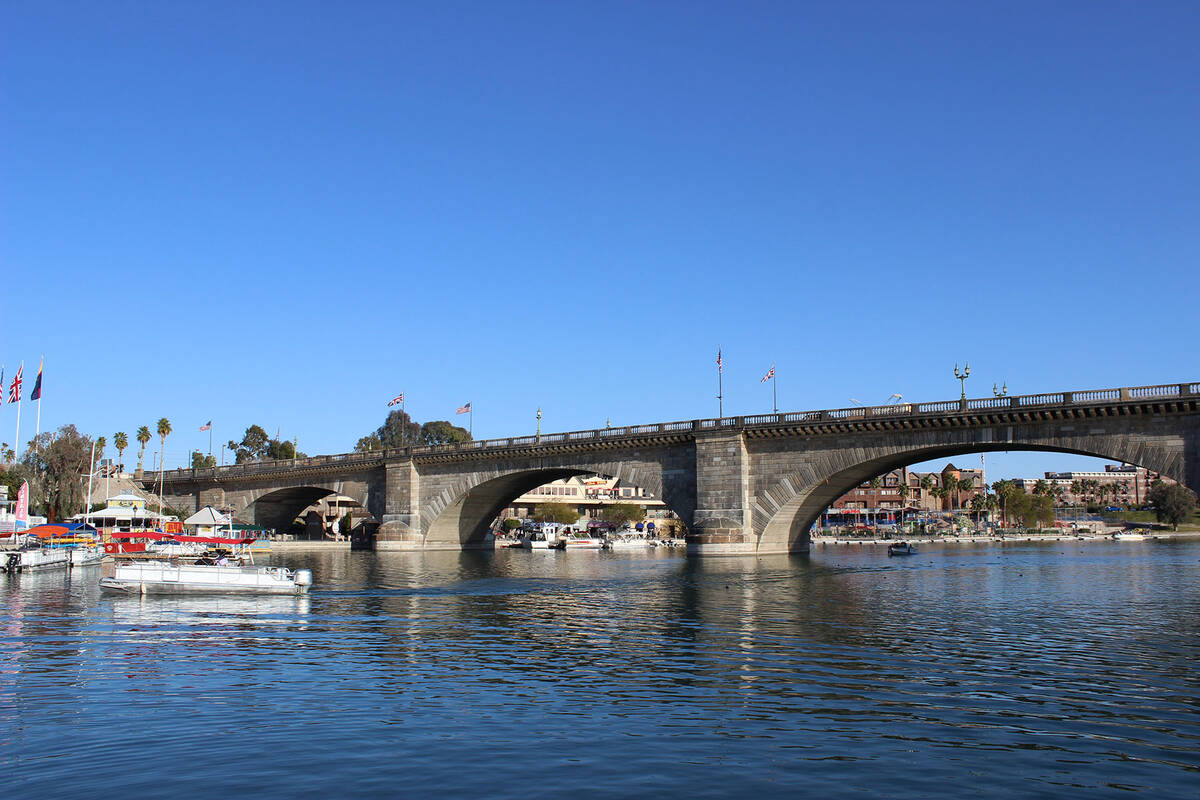 (Deborah Wall) Reassembly of the London Bridge in Lake Havasu City, Arizona, started in 1968. It officially opened to the public in October 1971. 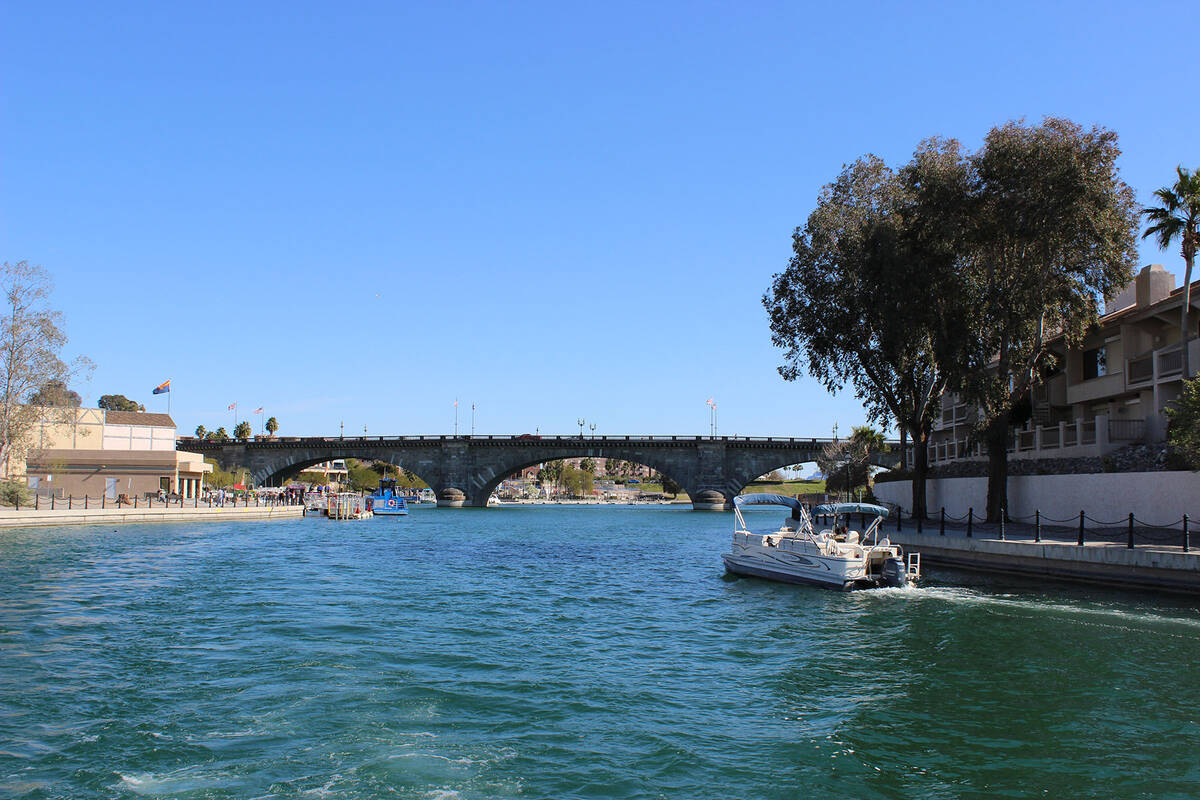 (Deborah Wall) The 930-foot bridge spans a man-made canal from Lake Havasu City to a 3,500 acre island that has private homes, restaurants and lodging.

Lake Havasu City, Arizona, is an excellent choice for a winter getaway for at an elevation of 735 feet, its winter climate is even milder than Las Vegas. Expect average high temperatures in February to be about 70 degrees and in March near 77, with nighttime lows around 47 and 52 degrees, respectively.

It is about a two-hour drive from Boulder City.

Lake Havasu formed after Parker Dam was built on the lower Colorado River in the late 1930s, creating a reservoir with about 450 miles of shoreline.

In 1958, Robert McCulloch Sr., an entrepreneur whose accomplishments included manufacturing the first one-man chain saws that became ubiquitous in rural America, flew over Lake Havasu. He saw the empty shores of the Arizona desert and thought this area would make a great community. He joined forces with C.V. Wood, who had helped build and run Disneyland before striking out on his own and creating other amusement parks and communities, and, in 1963, the duo started what would become Lake Havasu City. Boating and fishing are the main activities here.

With 16,520 acres on hand, McCulloch chartered airplanes to bring in potential buyers, primarily marketing to people from colder climates. Looking for a way to raise even more interest in his town, he purchased the London Bridge in 1968 and had it dismantled, shipped to the United States and reconstructed here.

This worked and by 1978 the last available parcel was sold and the land incorporated a year later. By 1981 the population had grown to 17,000 people, and now there are about 56,000 residents.

Several bridges have crossed the River Thames in London, England, over many centuries, and it was an earlier one that inspired the nursery rhyme, “London Bridge is Falling Down.” But even the “New London Bridge,” opened to the public in 1831, by 1924 had begun sinking into the Thames from the weight of automobile traffic. In 1967, the City of London Corporation put it up for sale, and in 1968 McCulloch bought it for $2.4 million.

The bridge was dismantled in London and each of 10,276 granite blocks numbered before shipping it through the Panama Canal to Long Beach, California. From there it was trucked overland to Lake Havasu and reassembly started in 1968 with the bridge officially opening in October 1971.

The vintage lamps that line the railing of the bridge were made from Napoleon Bonaparte’s army cannons that were melted down after the British and their allies captured them at the Battle of Waterloo in 1815.

The 930-foot bridge now spans a man-made canal from Lake Havasu City to a small, 3,500-acre peninsula that has private homes as well as lodging and restaurants. It is used by autos, bicyclists and pedestrians.

The bridge has become home to hundreds of bats and thousands of cliff swallows, whose nests are built from mud pellets found on the shoreline. They are easily seen on the bridge’s walls and undersides. Some people also claim the bridge is haunted, reporting they saw a British “Bobby” or policeman patrolling the bridge or a woman in black strolling there at night.

The best way to visit the bridge is by heading to the Lake Havasu City Visitor Center, picking up the free brochure and taking a self-guided tour. Visitors can walk under and over the bridge.

To see it from the water the ideal way is via the Havasu Landing Casino Ferry. It costs only $2 per person round-trip and you get to go under the bridge, out on the lake and across to the Chemehuevi Indian Reservation and the Havasu Landing Resort and Casino in California. This boat ride takes only 20 minutes each way.

For more information on the London Bridge, lodging and other services contact the Go Lake Havasu Visitor Center, 422 English Village. The center is open from 9 a.m. to 5 p.m. daily except major holidays. Call 800-242-8278 or visit www.golakehavasu.com for more information.