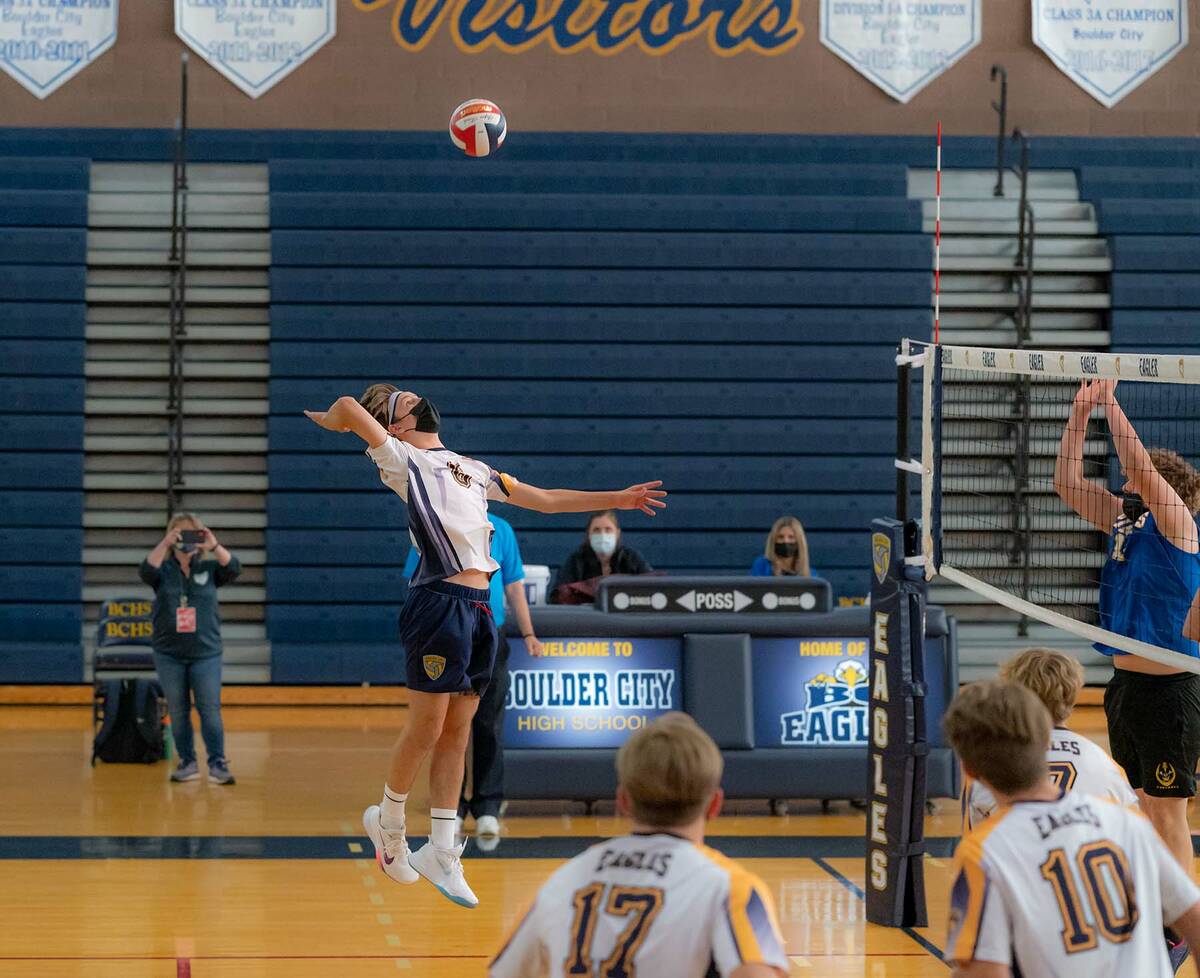 (Jamie Jane/Boulder City Review) Boulder City High School senior Kannon Rose, who was recognized as the state's boys 2021 volleyball player of the year, will return to action this season and is expected to make key contributions as the team seeks to repeat as state champion.

Coming off a perfect 13-0 season in which they won their first state championship in school history, Boulder City High School’s boys volleyball team will be tasked with doing it again, under immense pressure.

“Last season couldn’t have gone any better,” said head coach Rachelle Huxford. “Our goal was to win a state championship and we did that. Now our goal is to win another one. We know the target is on our back this season and the pressure is on.”

Bringing back all but one player from last season’s championship team, the Eagles figure to once again be in the driver’s seat this season.

Seniors Kannon Rose and Kenny Rose and junior Tyler Lemmel, who were all named first team all-state selections last season, will be returning for the Eagles.

A two-way star, Kannon Rose generated a team-leading 144 kills and 105 digs, with 40 aces, while Kenny Rose fueled the winning effort with 357 assists, along with 66 digs, 51 aces and 25 kills. Lemmel generated 110 kills and 10 aces on offense while making 49 digs defensively with a team-leading 25 blocks.

“Having them back this season is going to be a big help for us,” Huxford said. “They’re all coming off of great seasons and we expect big things from them.”

Adding depth to the program are junior Gavin Kesler, who was a first team all-region selection last season, and junior Jared Lamoreaux, who was a second team selection. Kesler tallied 42 kills, 32 digs, 27 aces and 14 blocks. Lamoreaux added 32 kills, with 19 aces and 15 digs.

The Eagles will participate in the Las Vegas Invitational this weekend, facing off against Del Sol and Green Valley on Friday, March 4.