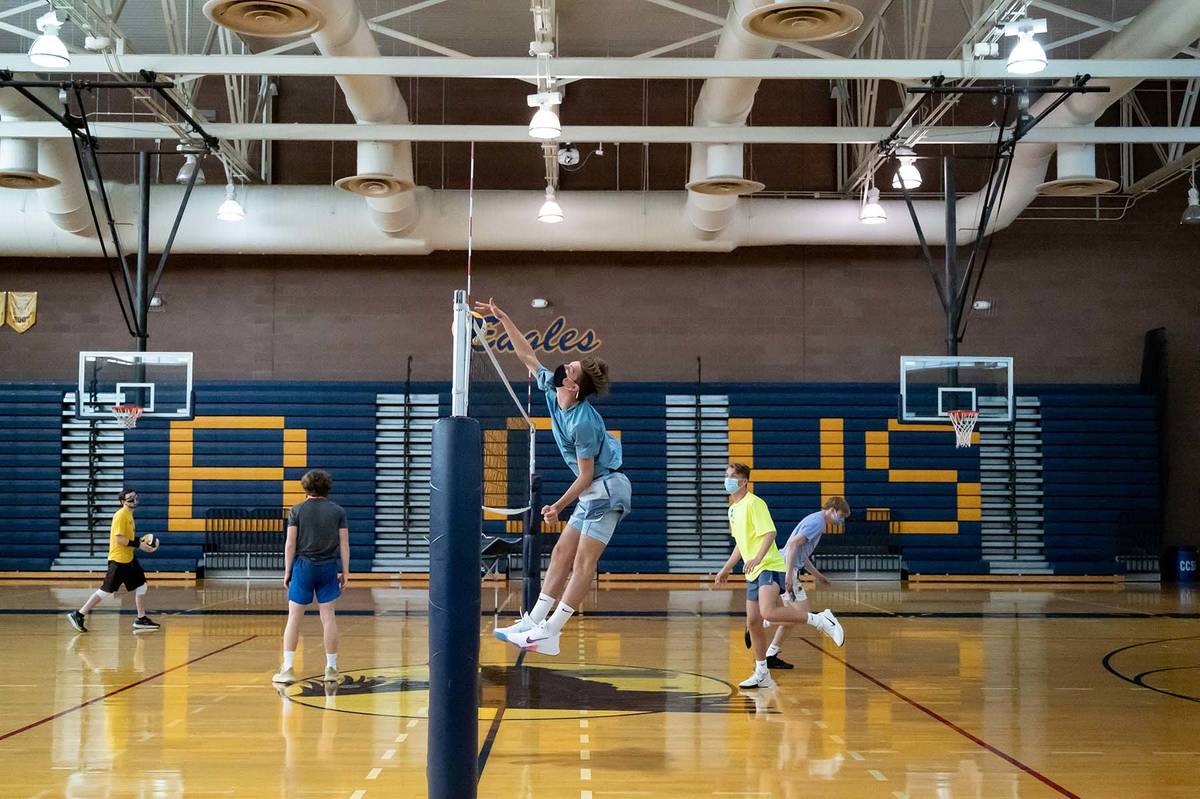 “Our roster is really young, but I still expect us to compete and if everything comes together, still be a really competitive team,” head coach Rachelle Huxford said. “We have a lot of first-time varsity players, so inexperience will be a factor, but once we play together, I think it’s only a matter of time before we start to dominate.”

Carrying a nine-player roster made up of mostly sophomores for their COVID-19 shortened season, the Eagles return just three varsity players from last season’s team. In retrospect, the Eagles carried 12 players last season, led by six seniors, before the pandemic shut down high school athletics.

“It’s going to be a challenge this year, but we’re up for it,” Huxford said. “Participation numbers are down. We had to pull up a bunch of sophomores who really have no experience playing the game, but this is the hand we were dealt and we’re going to make the best of it. We have a really great group of kids who all want to be here and are learning as they go. I’m just excited to play volleyball this spring.”

Looking to anchor this year’s team, juniors Kannon and Kenny Rose will be relied upon heavily coming into the season with two years of varsity experience.

A full-time setter this season, Kenny Rose generated 50 assists in 21 sets last season and will be relied upon heavily this season to set the table for the Eagles’ offense.

Expected to be the team’s top offensive threat, Kannon Rose will play outside hitter and defensive specialist for the Eagles. He generated 73 digs last season in 21 sets.

“They’re my only two returners so we’re going to rely on them a lot,” Huxford said. “Both of them are very experienced, not just with our team, but they both play club as well. We have a small roster this year and a very inexperienced roster, so we definitely need all we can get from them.”

Senior outside hitter Toby Schaper will be the other returner for the Eagles this season, playing 16 sets as a junior where he made 14 digs defensively.

Coach Huxford raved about a pair of new sophomores who will join the upperclassman trio and become instant starters for the program. She said she expects a lot from Tyler Lemmel and Gavin Kesler this season.

“Tyler and Gavin are two sophomores who have really impressed me,” Huxford said. “It’s amazing to me how much they’ve both learned in the last couple of weeks between intramurals and practices. The best part is that they’re so excited to be on the team and it’s very infectious because it’s all still new to them. I don’t think they expected to be starting varsity players as sophomores, but they’ve shown that they’re both that good and I’m excited for them. They’re still new to the game and learning but their passion for the game is there and I think that will help them be good players.”

Rounding out the team’s roster will be sophomores JJ Lamoureaux, Max Roy and Quentin Basham, along with freshman Roman Rose.

The Eagles will start their season Saturday with a doubleheader against Sunrise Mountain at 11 a.m. and Doral Academy Red Rock at 4 p.m.