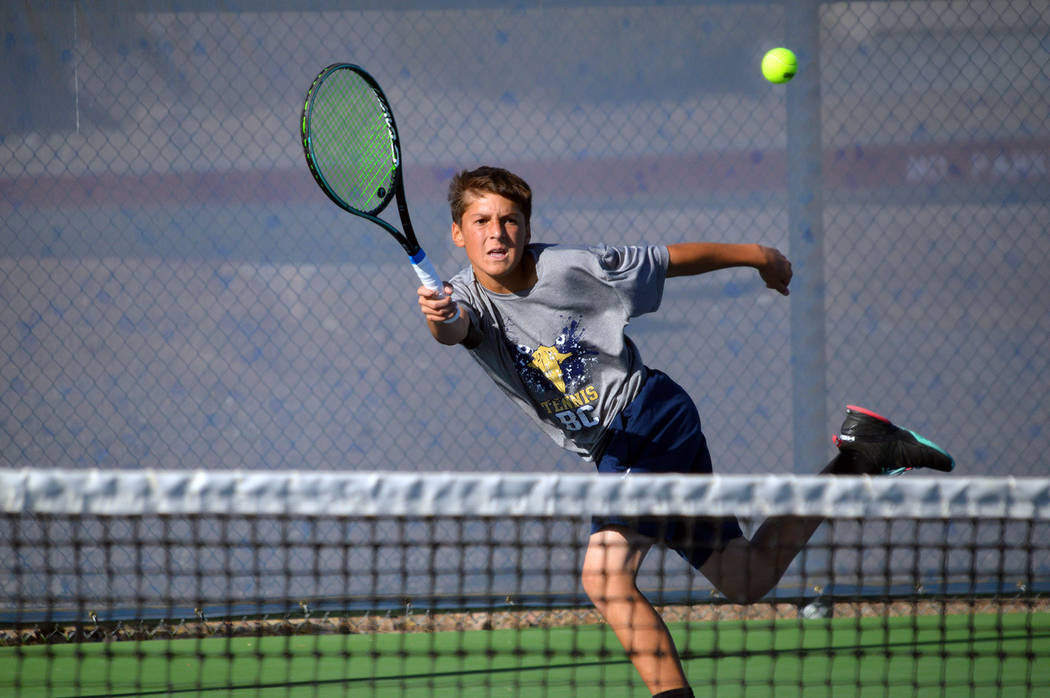 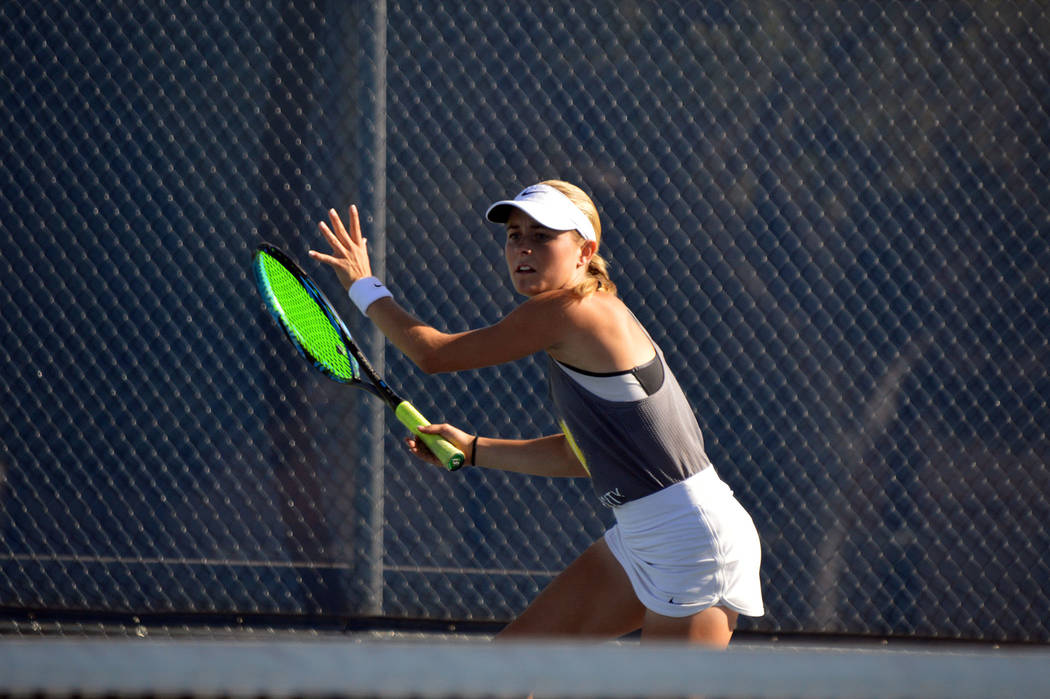 Continuing their dynasty, Boulder City High School’s boys and girls tennis programs are heading back to the 3A state championship tournament.

Overcoming their only 3A loss of the regular season, the boys enter the state tournament as the South’s No. 1 seed after defeated The Meadows in the regional championship 11-6 on Friday, Oct. 18, while the Lady Eagles will enter as the No. 2 seed after falling to The Meadows 10-7 in a valiant effort.

Dominant throughout the regular season, the boys proved they were a different team than they were during their season opener against the Mustangs, avenging an 11-7 loss on Aug. 29.

“Right now the boys are playing really well,” boys head coach Rachelle Huxford said. “We’re a different team than when we played the first time. Starting the season with them, we knew it would be tough and they got the better of us that day. All season long we’ve been improving and hoping for the chance to play them again. My boys are super competitive and hope to get the chance to play them once more in the state tournament.”

Leading the way for the boys in the regional final, senior Conner Mikkelson went 3-0 in singles play and senior Breton Erlanger finished 2-0.

Defeating rival Moapa Valley 16-2 in their opening round matchup of the postseason Oct. 17, sophomore Ben Schafler and Connor Mikkelson went 3-0 in singles and Breton Erlanger finished 2-0.

In doubles, Boen Huxford and Jorgensen and Pendleton and Soileau each finished 3-0.

The boys will face Northern challenger Truckee in the opening round of the 3A state tournament on Oct. 31.

Coach Huxford said she likes the makeup of this year’s group, describing it as a team fitting of its championship pedigree from the past two seasons.

“I definitely think we have the makeup of a championship team again this year,” she said. “The boys are hungry for a three-peat and want to accomplish something not many can say they have. We expect a tough matchup from Truckee, but we’re ready. I feel everyone is playing great right now and peaking at the right time.”

Despite the Lady Eagles’ loss of the regional championship match to the Mustangs, the girls improved upon their 13-5 defeat Aug. 29.

“We played well and things just didn’t fall in our favor,” head coach Jami Pappas said. “Seven-Eleven is a respectable score. We went out and played our hearts out.”

Senior Olivia Mikkelson led the way, remaining dominant and finishing the day with a 3-0 record.

Seniors Tegan Pappas and Eugenia Kryshchuk finished 2-1, while the doubles tandems of seniors Sophia Morris and Olivia Leavitt and Katelyn Fox and sophomore Reggi Gibbs each won a match.

“Right now I do not believe we will make changes against The Meadows,” Pappas said. “We’re very close to them and the match could’ve gone either way. If we had won two more matches, we would’ve tied. I’m not concerned at all with the lineup. I just know that we’ve got to be on our best game when we come out to play them in the end and we will. We are capable of more wins and I hope to prove that at the state tournament.”

Off as a team until Oct. 31, the regional tournament for individuals will take place this week with a handful of players from both rosters participating.