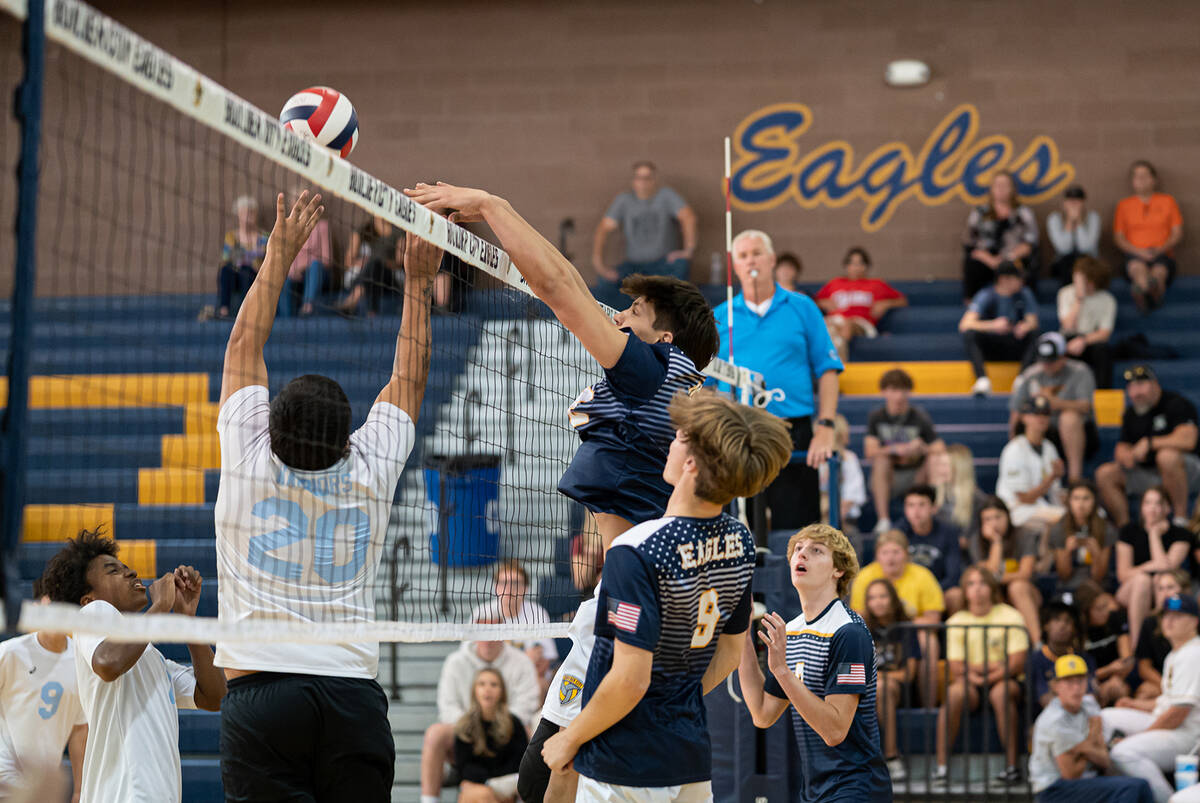 “I thought we played well,” said head coach Rachelle Huxford. “It’s hard when you come back after not playing for a week; I think we did a good job. We got a lot of guys involved and that’s what we wanted to do.”

“In order for us to be successful we have to have depth,” Huxford said. “In order for us to be successful, not only throughout the rest of the season but in the postseason, we need everyone to play at their best. We have a lot of talented players on this roster and we need everyone to be hitters, defenders, servers. We have the guys on our bench to do it.”

An all-around threat for the Eagles, Kannon Rose made seven serving aces to pair with three blocked shots. Kenny Rose dished out 27 assists.

Defensively, Sorenson added three digs, giving the Eagles another legitimate threat on both ends of the court, along with Hess.

“Brady and Travis have done a great job for us this season,” Huxford said. “Both of them have fit in and become contributors for us. As the season goes on, it’s not just about getting them game experience, but building their confidence. They both can hit just as well as anyone on the team. The more reps they get, the more confidence they’ll get. They both have already shown that they’re there to make an impact on the court and we’ve seen it.”

Sitting with a 21-6 record, the Eagles will travel to SLAM Academy tonight, April 21, followed by a home game against Pinecrest Academy Cadence on Monday, April 25, and road game at Chaparral on Wednesday, April 27.