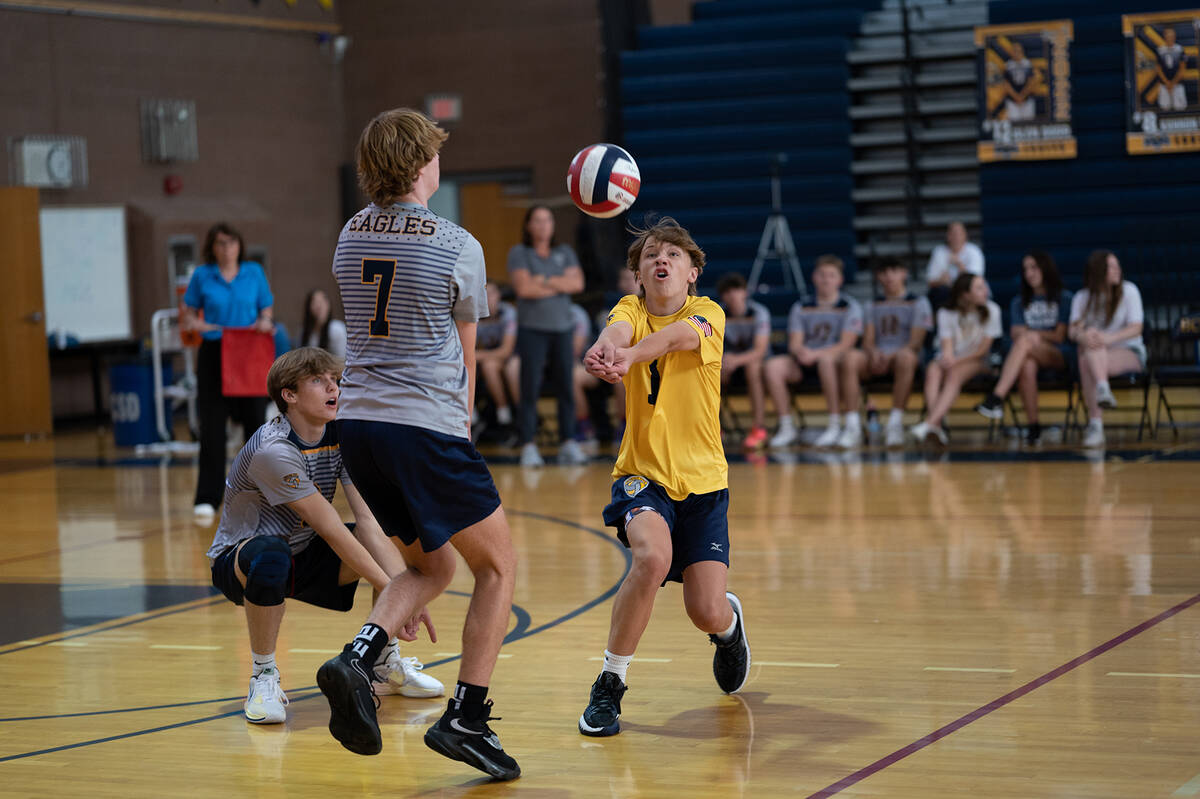 “We’re very happy to be playing for a state championship,” said head coach Rachelle Huxford. “That’s been the goal all season. The boys have worked really hard to get to this point.”

Entering the postseason as the defending 3A state champions, the Eagles routed Chaparral 3-0 on May 11 and Coral Academy 3-0 on Monday, May 16.

Even after winning their 14th consecutive game — a streak that started March 8 — Huxford said she believes we still haven’t seen the best of her team.

“We’re playing very well right now and winning matches, but I know we’re capable of more,” she said. “I’m hoping we’re saving our best for our last game. We’ve been working on some things in practice and we’ll see what we’re capable of when we’re challenged.”

Blowing past their previous two opponents this postseason with ease, the Eagles defeated the Cowboys 25-12, 25-10, 25-15, behind 11 kills and eight serving aces from senior Kannon Rose and eight kills and three blocks from sophomore Travis Hess.

Hosting Clark on Wednesday, May 18, results from the 3A state championship will appear in next week’s issue.