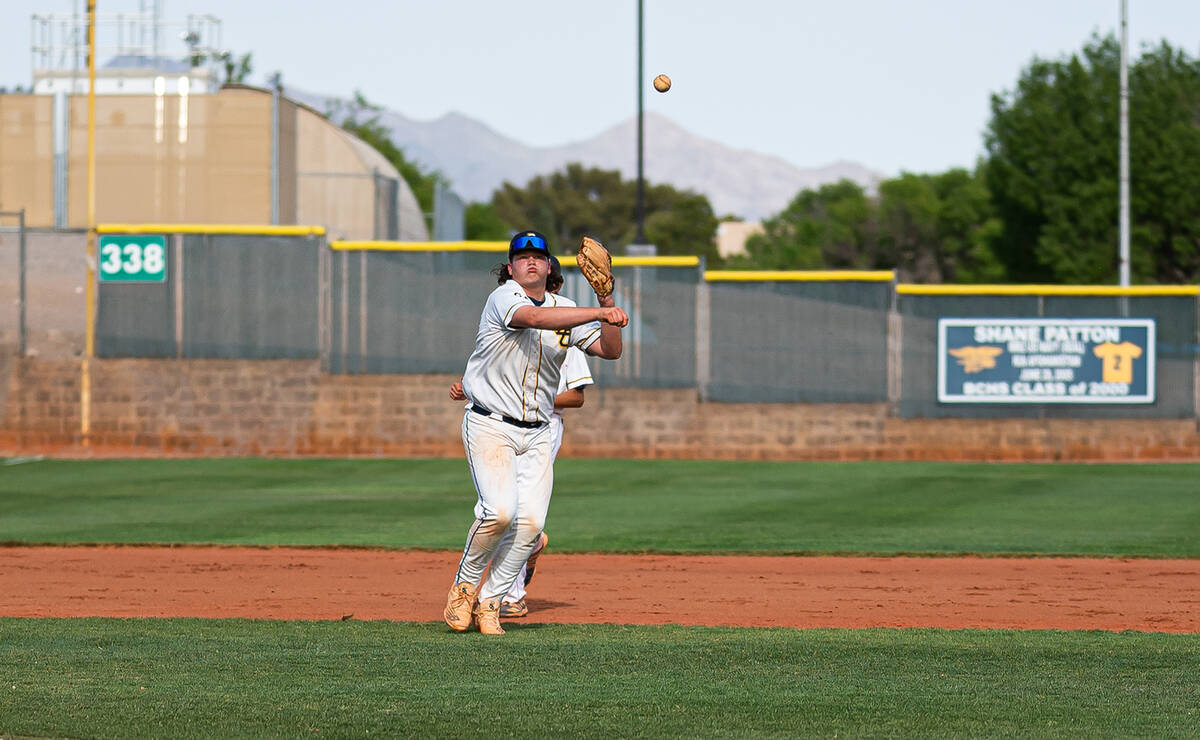 Currently sitting with a 12-5 record and 5-1 record in league play, the Eagles picked up the must-win victory over the Trojans, with whom they have been battling with for first place.

“We needed this win,” head coach Alex Moore said. “We were just in a three-way tie for first place with Pahrump Valley, so we took care of business and took the next step forward.”

Defeating a quality opponent, the Eagles found themselves down 4-2 early in the game before responding with six runs in the bottom of the second inning.

“This was a big win for us,” Moore said. “Pahrump Valley is a good team that always plays us tough. We jumped on them early and then let them get back in the game due to our miscues, but our kids responded. We pulled them aside and said we’re not doing this again and they went out there and jelled together and got it done.”

Tacking on insurance runs, the Eagles scored three runs in the fourth and fifth innings to end the game early with a mercy rule, fueled by junior Isaac Gibson, who finished 2 for 4 at the plate with three runs batted in and a double.

On the mound, junior Kanon Welbourne threw a complete game, striking out eight batters. At the plate, he batted 1 for 2 with an RBI.

“It gives me a lot of confidence that I’m the ace of this year’s staff,” Welbourne said. “They have confidence in me to get the job done and I’m glad I was able to. The team played great and this was a great win for us.”

Heading into the final stretch of the regular season, the Eagles will travel to SLAM Academy on Friday, April 30, followed by a road game at Valley on Tuesday, May 3.