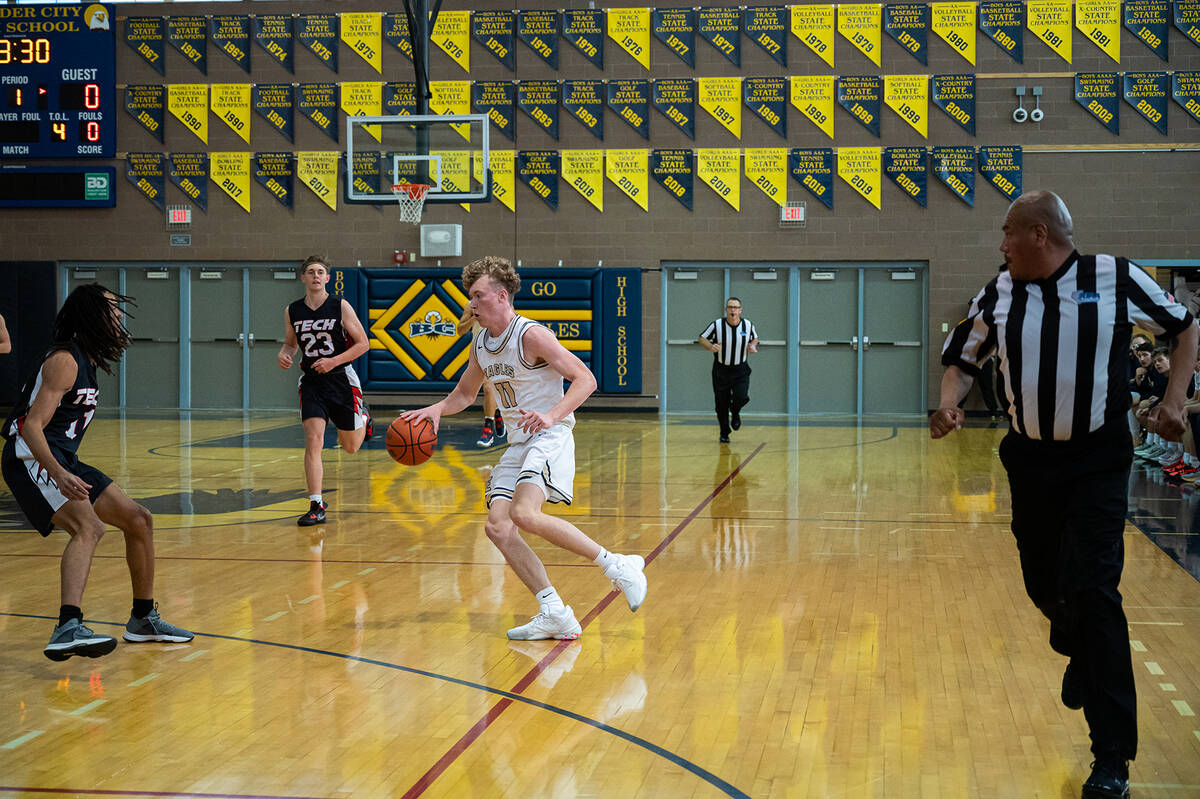 Undefeated in 2022 thus far, the Eagles advanced to 12-7 on the season, routing Southeast Career Technical Academy 56-30 on Saturday, Jan. 22, followed by a thrilling 52-51 victory over Coral Academy on Tuesday, Jan. 25.

Squandering a 32-21 halftime lead against Coral Academy, senior forward Gavin Douglas played the role of hero for the Eagles, connecting on a game-winning layup with :04 seconds remaining in the game.

“I’m proud of Gavin,” said head coach John Balistere. “It was a very tough and physical game. He missed some shots, but he stuck with it and was able to hit a big one for us. Unfortunately, we should have never been in that position to begin with. We need to do a better job of closing out games. We missed a lot of free throws, some key shots down the stretch and let them get their only lead of the game with about :20 seconds left. The longer you let an opposing team hang around, the more confidence they gain.”

Playing more soundly against Southeast Career Technical Academy, the Eagles burst out with a 20-8 second-quarter run, followed by a 17-7 third-quarter run.

Gaining contributions from several contributors, Douglas and Martin each scored 10 points for the Eagles, along with junior Bret Pendleton.

“You know we’re still trying to figure out our rotation,” Balistere said. “We’re still missing Hayden Sullivan, which is a big loss for us, but we have guys who are stepping up at the right time. We’re playing good basketball right now. We’re heading into the final stretch of the season and only time will tell.”

The Eagles will travel to SLAM Academy on Monday, Jan. 31, followed by a home game against Pinecrest Academy Cadence on Tuesday, Feb. 1.