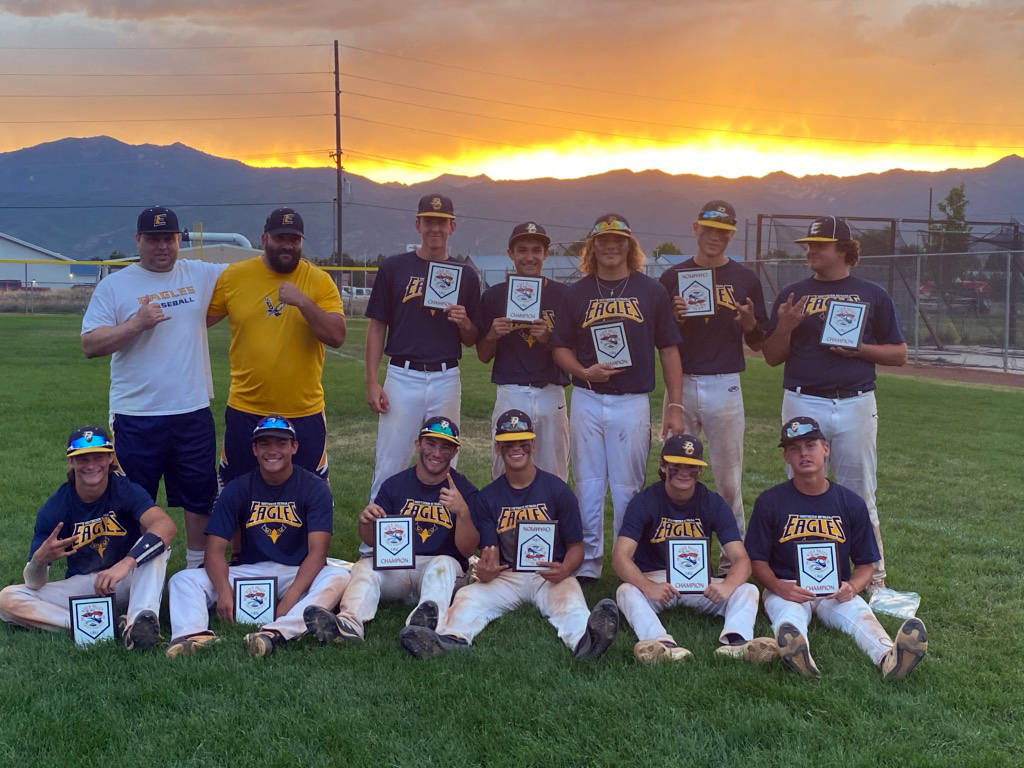 “It really felt good to be back playing baseball,” Giunta said. “It surprised me a little bit for us to come out and play like we did. It felt like we never had a three-to four-month break. Our coach did a great job getting us prepared to play and compete in this tournament.”

The Eagles were dominant in Utah and outscored their opponents 52-18 in the five-game stretch despite carrying a roster of only 11 players and not playing together since March. They also run-ruled Utah opponent TCS 11-1 in the championship game on July 25.

Troy Connell allowed zero runs with seven strikeouts in four innings. He also was the relief pitcher in the Eagles 5-3 victory over Blue Chip White.

“It’s always fun to be out on the field with my friends and the delay made the time we got to play that much more important,” he said. “Coming back and being able to compete was one of the best feelings. With the long layoff, I was itching to get back out there and play.”

Bahde took the mound in the Eagles tournament opening 9-7 win against WXB Wildcats and against Utah Curve in an 11-4 outing.

“By day two of the tournament, this looked like the same team that went undefeated in the 2018 Connie Mack League and won the state championship that summer,” head coach Steve Connell said. “This team had all the same core players.”

As the COVID-19 pandemic continues, plans for Connie Mack Baseball have yet to be finalized, along with future tournaments in Utah.

“With everything up in the air as far as the future of baseball for us, I was very excited to be able to get back out there again for this tournament,” Trumble said. “I made sure not to take it for granted and gave it all I had. All of the guys and I really want to get back out on the field again and I hope soon they let us have baseball back.”