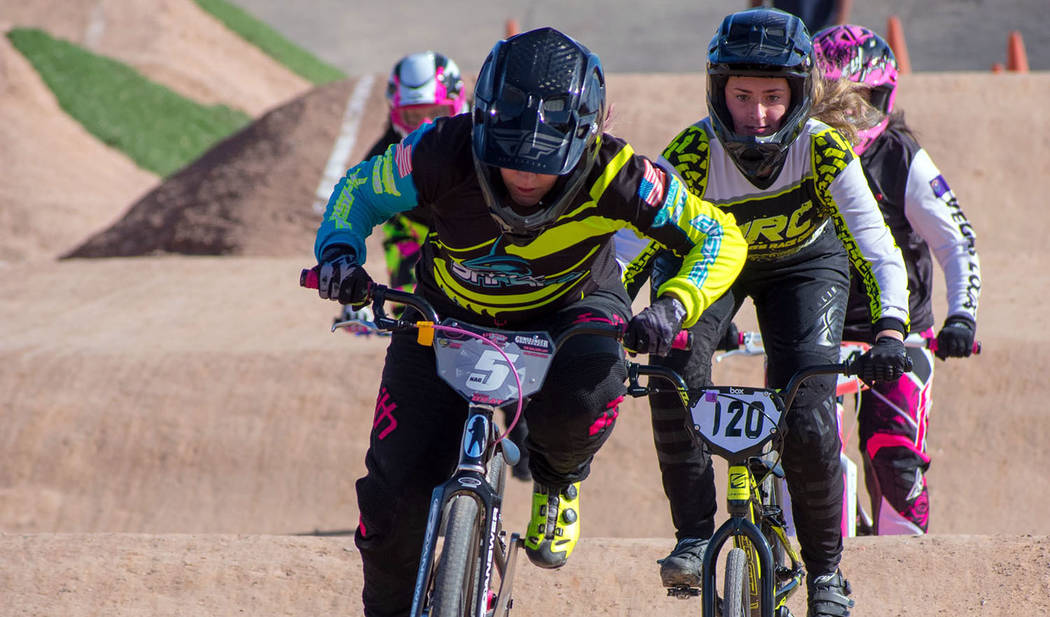 (Boulder BMX) Boulder BMX, which operates the track at Veterans' Memorial Park, will host a state qualifier race Saturday, Feb. 29. In addition to amateurs, the race will feature professionals.

Tay Wilborn, track operator, said this is one of eight qualifiers for the state championship to be held in Nevada this year.

Racers will vie in a variety of divisions based on their age and proficiency, in the novice, intermediate or expert category, Wilborn said. The youngest racers will compete in the 5-and-younger division.

A special component of the race will be a pro division. Racers from across the country, including the 2016 Olympic gold medalist Connor Fields, will participate, Wilborn said. Several international competitors from as far away as Australia also are expected.

Fields, who graduated from Green Valley High School, has been competing in BMX events since he was 7. He also competed at the 2012 Olympics.

The event will begin at 2 p.m., with races scheduled between 4-6 p.m. Wilborn said gates should open around 1:30 p.m.

Spectators are welcome to attend at no cost.

In addition to the racing, the event will feature a shaved ice truck and refreshments at the snack bar.

The track is at 1799 Commons Way inside Veterans’ Memorial Park. It is marking its 23rd anniversary this year.