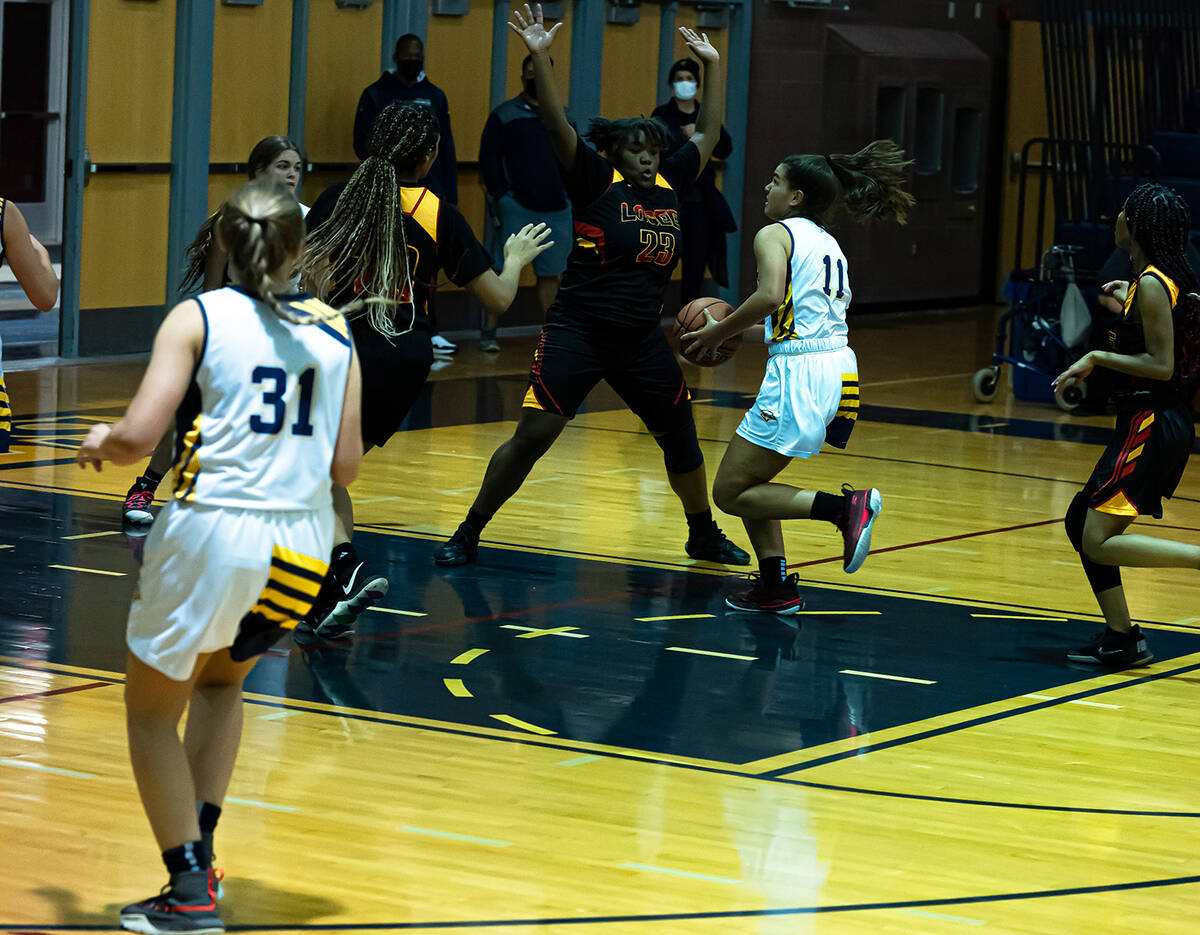 “We faced two really good 4A basketball teams to kick off in the GV tournament,” said head coach Brian Bradshaw. “We knew it would be tough to get a win early, but now moving into bracket play I hope we can learn from these two games and put a couple of wins together. It’s good to see our players continue to respond to the challenge and keep working hard toward our team goals. It has also been nice to play against some teams that play man and press like we do. Transition on both sides of the ball continues to be our focus as we adjust to different situations during a game.”

Falling to Arizona power Flagstaff in their opening meeting, the Lady Eagles were outmatched 64-12.

“Flagstaff jumped to a commanding lead early in the game, shooting 70 percent in the first half,” Bradshaw said. “By far, this was the best shooting team we have faced all season and I doubt we will play another team as good as Flagstaff this year. They should win this tournament and should go far in their postseason.”

Having better luck with in-state Palo Verde, the Lady Eagles fell 55-38, but were actually ahead at halftime.

“We led at halftime 23-20,” Bradshaw said. “It was our best half of basketball this season against a very good Palo Verde team. We worked through some early foul trouble, which was great to see. We just couldn’t match their baskets coming out of halftime and we turned the ball over too many times. It was a very fast-paced game up and down the floor. It was a six-eight point game until the end.”

Leading the way for the Lady Eagles, Leavitt scored 15 points, connecting on a trio of three-pointers.

Results from the remainder of the tournament will appear in next week’s issue.

Competing in the Orange Holiday Tournament in California, the Eagles opened play with a 1-2 record against a handful of tough teams.

Picking up a 60-41 victory over Cerritos on Tuesday, Dec. 28, the Eagles picked up their first win of the tournament behind the strong play of their two senior leaders. Guard Martin Thompson scored 21 points with 12 rebounds and forward Gavin Douglas scored 17 points, with 17 rebounds, carrying the load for the Eagles.

“We played well against Cerritos,” said boys head coach John Balistere. “We’re breaking down fundamentally at times, but the guys have certainly made up for it in other areas. I think the more we play together, the more you’ll see this team jell and become a team. Right now we’re not really worried about the wins and losses, we’re just worried about getting better as a team.”

Playing a pair of close games early before running out of gas in the second half, the Eagles fell to Loyola 60-41 on Monday, Dec. 27, and Valley Christian 60-38 on Tuesday, Dec. 28.

Against Loyola, Sullivan was the leading scorer for the Eagles with 10 points.

“We were up early on both teams and then it just fell apart,” Balistere said. “We came out flat in the second half of both of those games. We’re doing some things well, but we have a lot of work ahead of us. We have an opportunity to makes adjustment before we get back and start league play.”

Results from the remainder of the tournament will appear in next week’s issue.