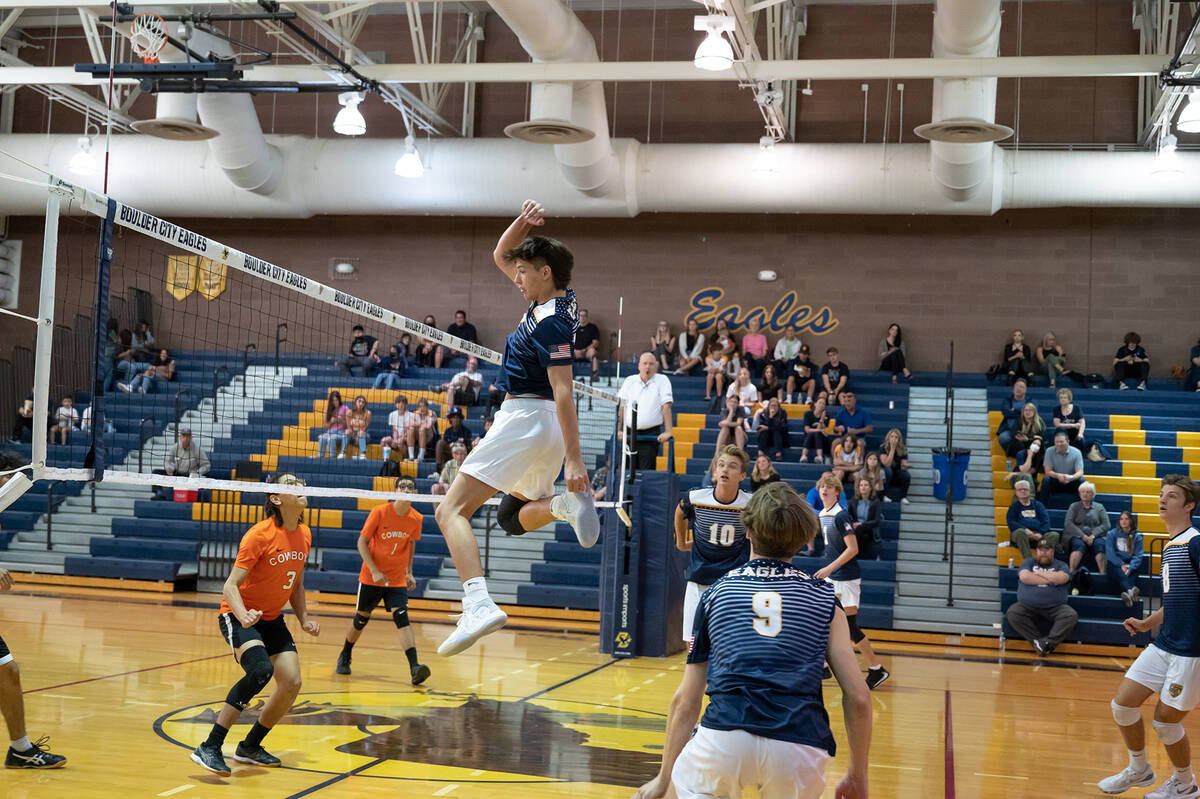 “We’re playing very well right now,” said head coach Rachelle Huxford. “The last few weeks have really given us a chance to play some of our guys off the bench and get everyone involved. I’ve never had a team with this much depth. We’re excited to keep working hard and push toward the postseason.”

“We have a lot of depth on this team, especially with our younger players stepping up,” Huxford said. “I think the thing that makes us so great and these players so great is that they fell in love with the game of volleyball. You can see the passion they play with and it really shows when they take the court. Our younger guys are getting more confidence after each match and they’re making a difference for us.”

Prepping for their toughest 3A match of the season, the Eagles will travel to Clark tonight.