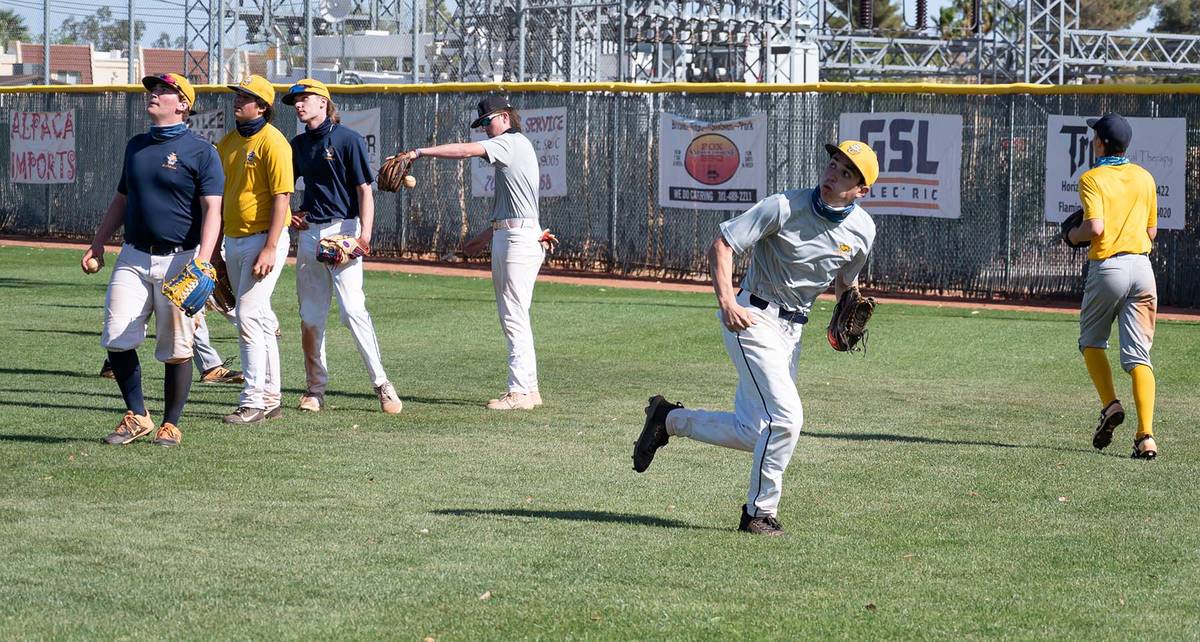 “It was a good start to the season,” head coach Bobby Reese said. “We really hit the ball well. I was very happy with our offense. It’s always nice going up to Moapa and getting a win no matter what the sport is.”

Excited to be back on the field after a 13-month layoff, enthusiasm was high for the Eagles and not just for a rivalry game.

“Being back out there for the first time in over a year was so exciting,” senior Blaze Trumble said. “It was definitely a surreal feeling being able to suit up again with the team.”

A surreal feeling for the team that put on a surreal showing offensively against the Pirates, the Eagles amassed 14 hits collectively, with nine batters earning at least one hit on the day.

“Knowing that anyone at anytime in our lineup can come through when it matters is something that’s very important,” Trumble said. “I feel like it allows the team to play our game without stress.”

Batting a perfect 4 for 4 on the day, senior Deavin Lopez drove in a pair of runs with a double, while also stealing a base.

Stellar on the mound as well, Bahde earned his first win of the season, throwing three innings where he allowed one run with seven strikeouts.

“Winning is always fun, especially against a rival,” Connell said. “All our players knew how much this game meant and brought that extra energy. As a team we really came together. Pitching was on and our defense made plays when we had to. Our bats are what really set the tone for us in the first inning.”