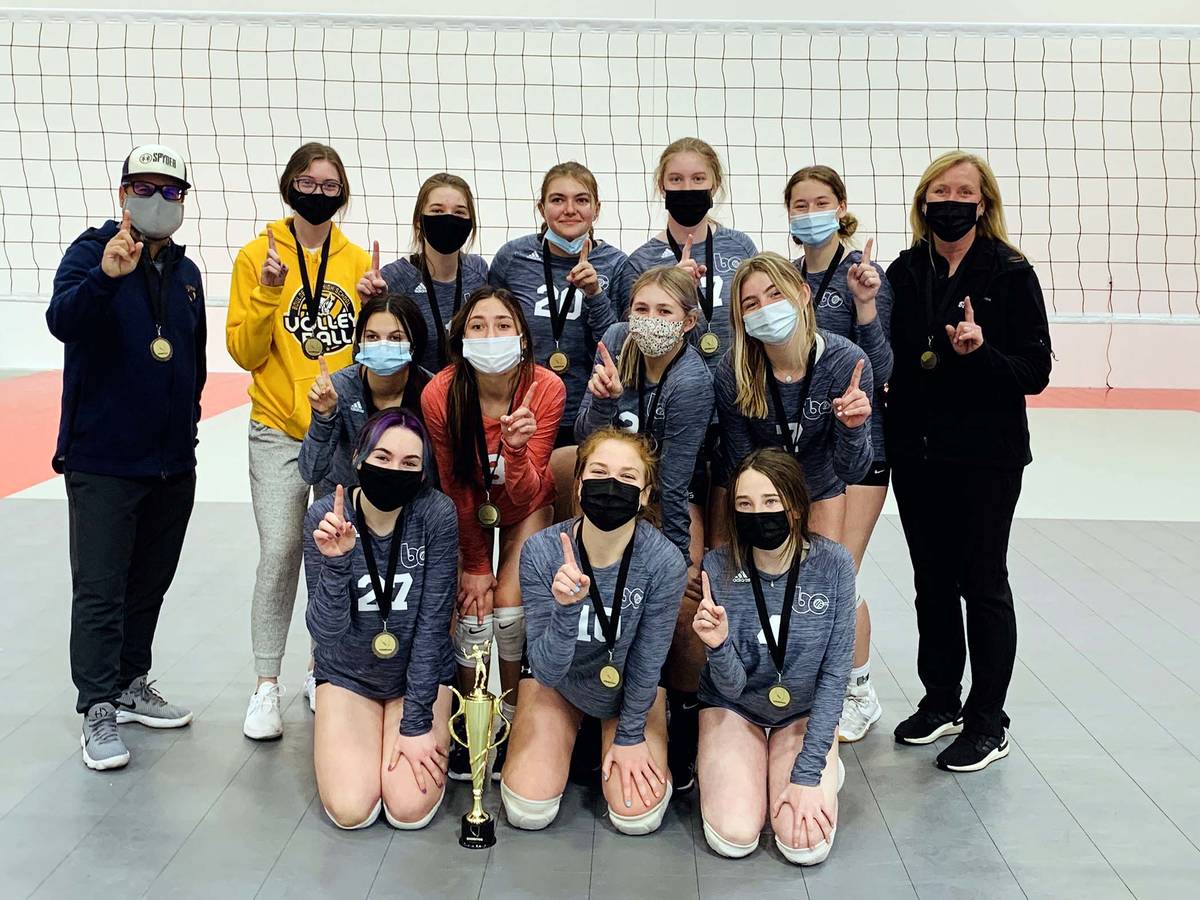 “These girls played awesome the whole weekend,” he said. “Most of them have played together since sixth grade, so they have good chemistry.”

Robinson said no spectators were allowed at the tournament and players had to wear masks.

“We’re just grateful the girls get to play,” he said.

The BC Juniors is composed of eighth-and ninth-grade girls in Boulder City and has been working on staying connected during the pandemic. The players practiced in parks and on outdoor courts. They also rented out space in rec centers in Boulder City and Las Vegas when they reopened.

“When everything else was shut down, the kids had something to look forward to that got them together doing something active,” said Kerri Freeman, whose daughter, Sydnee, is on the team.