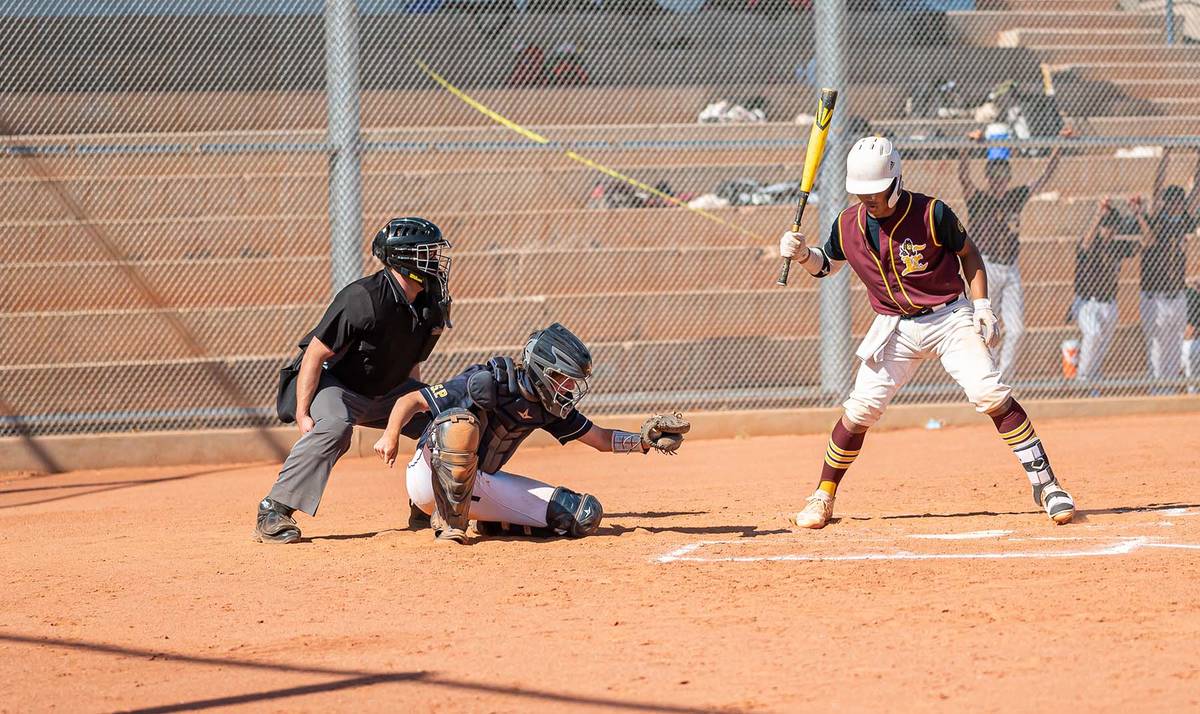 “We are playing extremely well this season,” said senior Troy Connell. “Being undefeated is no easy task and it has taken all of us to get this far.”

Routing Western 15-3 on Monday, May 10, senior Scott Bahde had a game for the ages at the plate against the Warriors, batting 3 for 4 with six runs batted in, hitting a pair of doubles and a home run on the day.

“I’ve felt really good at the plate all season and that continued on Monday,” Bahde said. “The break with COVID and missing an entire season read terrible, but I saw it as an opportunity to spend some extra time at the cage and on the field. I was really able to figure out my swing and it has definitely paid off.”

Nearly unstoppable at the plate against the Warriors, senior Joey Giunta (1 for 1) and Blaze Trumble (2 for 5) each drove in a pair of runs off of doubles. Senior Justin Jolley finished 1 for 4 with two RBIs and senior Deavin Lopez finished 2 for 2 with a double.

On the mound, junior Dylan Adams pitched four innings against Western, allowing two runs off of two hits, while striking out eight batters.

Doing it on both sides of the ball for the Eagles, Bahde showed off his stuff on the mound against Eldorado on May 6, allowing two unearned runs off of two hits, while striking out eight batters. At the plate against the Sun Devils, he finished 1 for 4 with a double.

On its way to an undefeated regular season and hopeful for regional championship, this year’s senior-laden roster has played every game like its last, as graduation looms soon.

“So far this season, I couldn’t be prouder of the guys,” Bahde said. “Not only are all the seniors playing extremely well, but we also have some young guys who have stepped up in key situations and ultimately won us a few of those games. It has been a team effort.”

“I would also say that missing last year because of COVID has had a huge impact on this team’s performance,” Bahde said. “It kind of made us realize that nothing is guaranteed and any game could be your last. With that in mind, I would definitely say missing last year has made us play a little harder. We’re playing like every game is our last and making the most out of every play and at bat on the field. We’re just trying to make the most out of the little time we have left with each other and in this program.”