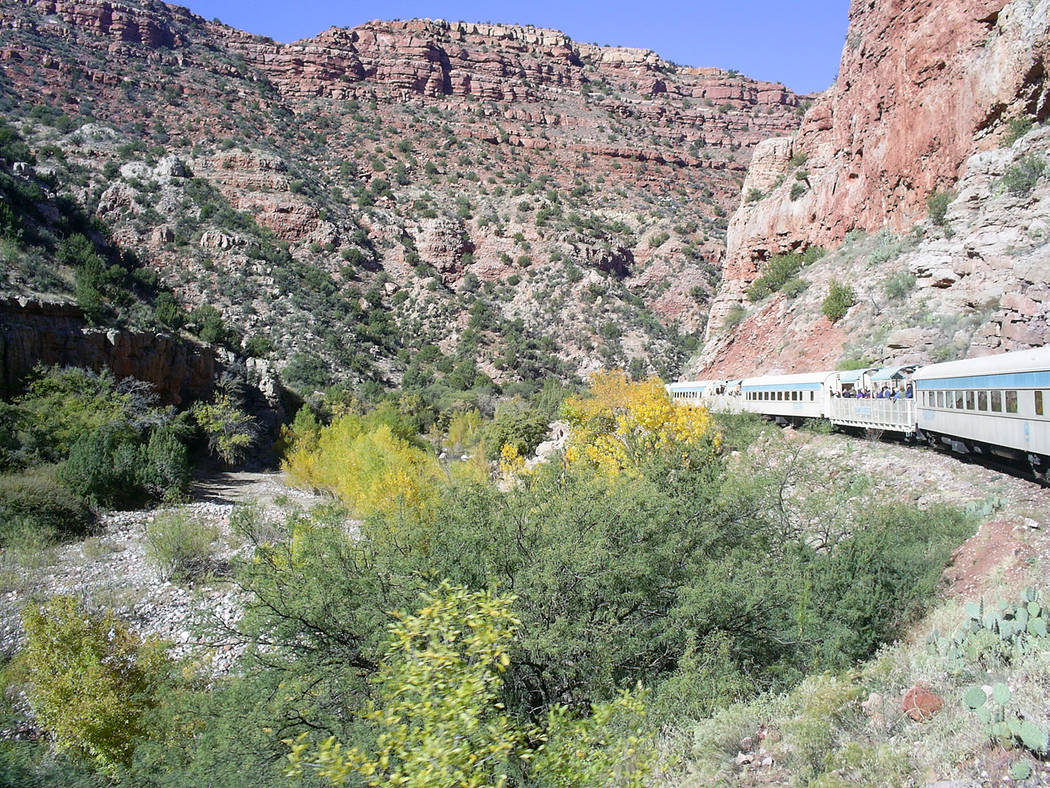 (Deborah Wall) The rich riparian environment of the Verde River in Arizona supports a variety of Western wildlife including javalinas, antelope, deer, mountain lion and the endangered river otter. It can be seen while traveling on the Verde Canyon Railroad, based out of Clakrdale. 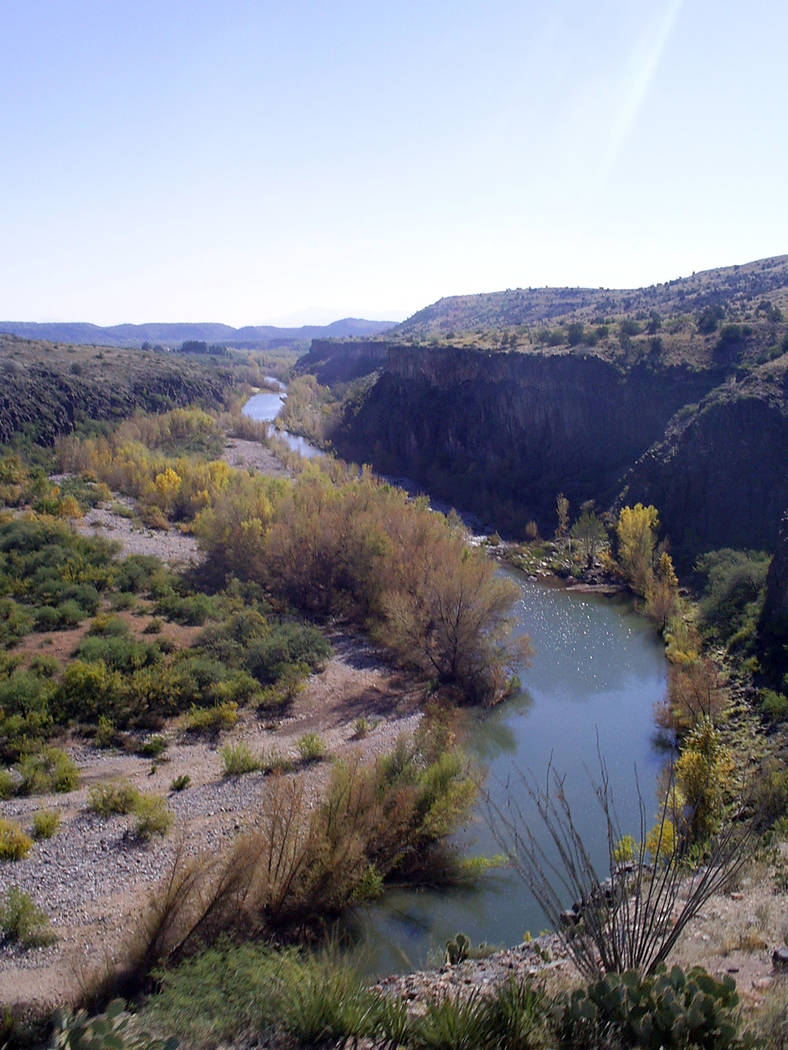 (Deborah Wall) The perennial flowing Verde River in Arizona provides a wonderful habitat for resident and migrating birds and other wildlife. It can be seen while traveling on the Verde Canyon Railroad. 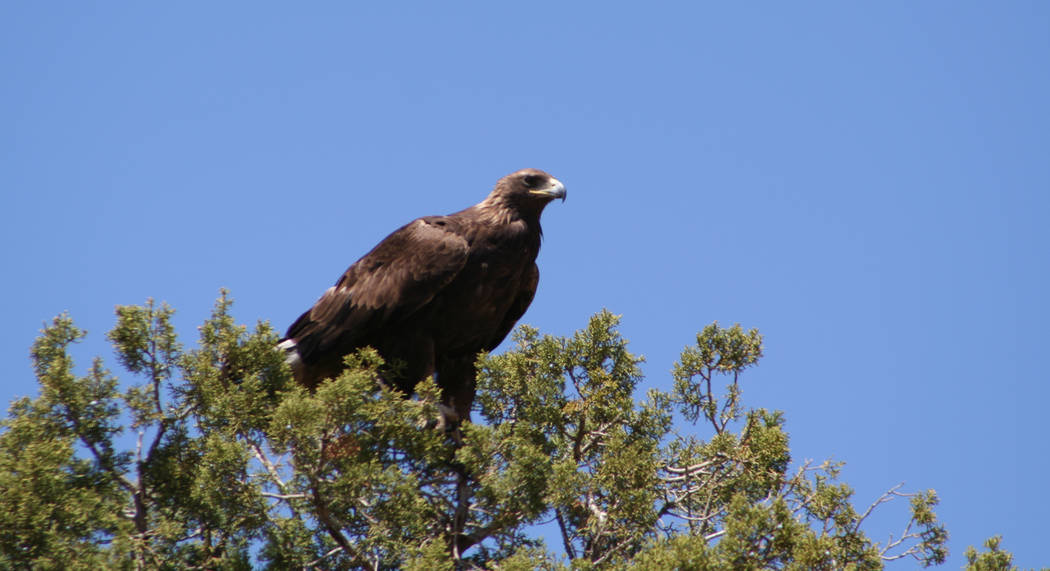 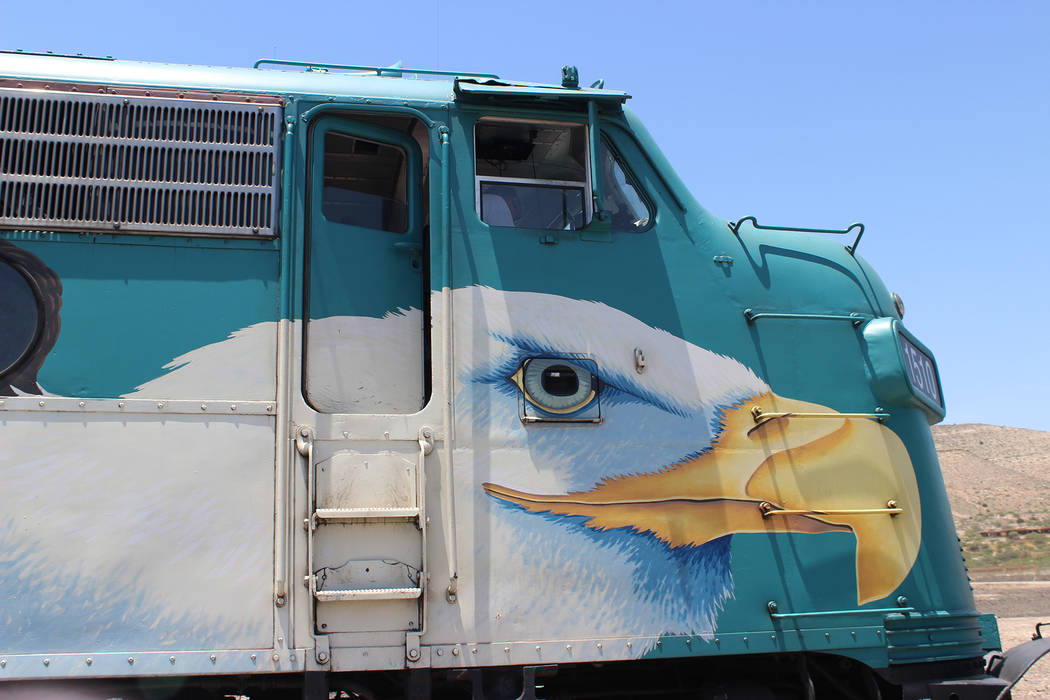 (Deborah Wall) The FP7 locomotives were originally built in 1953 for the Alaska Railroad and were relocated to Verde Canyon in Arizona in 1997. 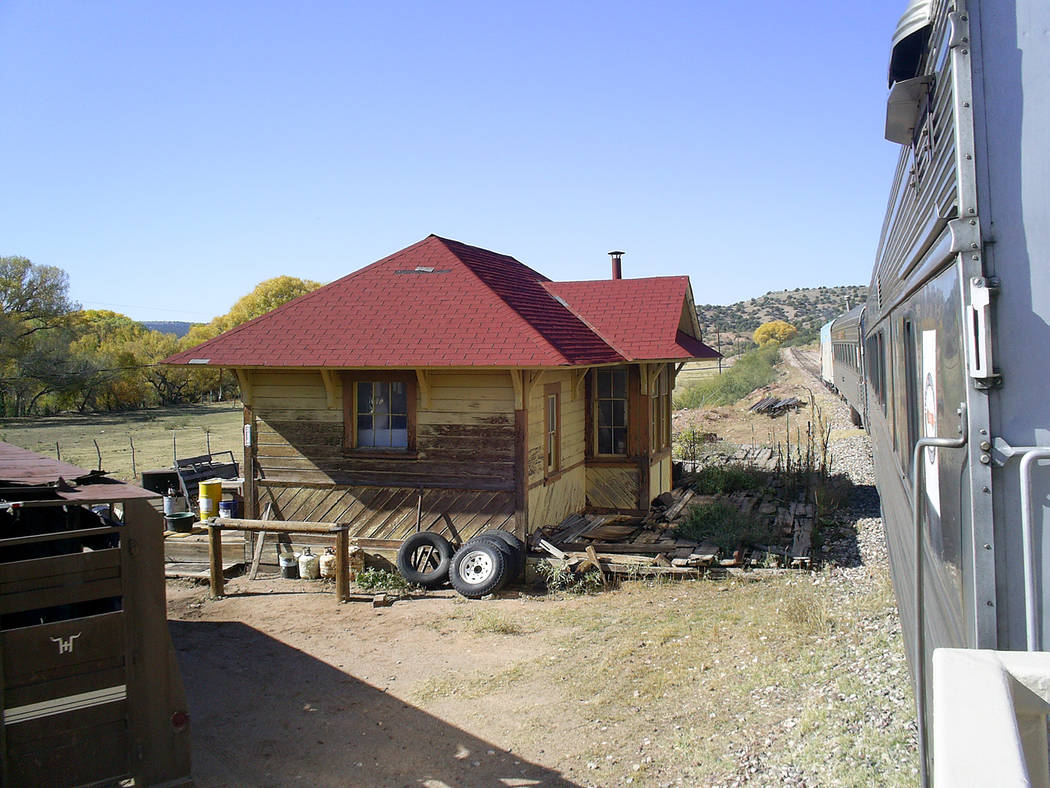 (Deborah Wall) The ghost town of Perkinsville marks the turn-around point of the excursion on the Verde Canyon Railroad based out of Clarkdale, Arizona.

Boarding the Verde Canyon Railroad in Clarkdale, Arizona, begins a spectacular train ride through an extraordinarily beautiful and wild canyon. While this excursion is open year-round, in autumn the weather is mild and the leaves are turning their fall colors. Temperatures in this part of the state are pleasing, as well, with daily high temperatures in the 70s expected over the next few weeks.

The 20-mile railway journey begins in Clarkdale and travels to the old ghost town of Perkinsville over a period of four hours. Verde Canyon has remained pretty much the same as when the first European settlers discovered it.

The train snakes along the high banks above the Verde River within the towering red rock buttes and fantastical rock formations. In the canyon’s lush riparian habitat, primarily cottonwood and white-barked sycamore trees, you might see some classic Western wildlife including javelinas, antelope, beaver, deer and even the endangered river otter.

Nesting season for bald eagles starts in November, when migratory raptors join the resident populations. The eagles will start seeking mates and nesting locations. You will be able to see golden and bald eagle nests on the sandstone cliffs as well as in the cottonwood trees.

Verde Canyon is a protected breeding ground, and while most all other access points to Verde Canyon are closed to the public during breeding season, the Verde Canyon Railroad continues its usual schedule. Generations of eagles have nested here and seem to be oblivious to the train.

A copper boom in the early 20th century was responsible for this railroad being built. The train transported ore from the local mines to Perkinsville, where the smelter was located. Today, Perkinsville is a mere ghost of its former self but makes a quaint stop with historic abodes and marks the turn-around point of your journey. You will find it looks much like it did decades ago.

Other highlights of the trip include seeing ancient Sinagua Indian dwellings and traveling through a 680-foot man-made and very dark tunnel and seeing the three major types of rock in the canyon: limestone, basalt and sandstone.

Southern Nevadans will find it interesting that Clarkdale was founded in 1912 by William Andrews Clark, the copper baron who founded Las Vegas seven years earlier. Historians have noticed that the train station here and other buildings are surviving examples of now-vanished types formerly typical of Las Vegas. Today’s Clarkdale resembles Las Vegas before the successive booms that so changed Las Vegas after 1931.

You can choose your level of comfort either in coach or first-class, and both of these options include easy access into the open-air viewing cars. First class has roomier seats and amenities such as a champagne toast when you board, bar service and appetizers at your seat. For special occasions you can even reserve the caboose for your group of six people or fewer.

All of the passenger cars are climate-controlled and have a restroom. If you are interested in spending time in the open-air viewing cars, you will need warmer clothes including a jacket, hat and gloves this time of year. Wear comfortable shoes and carry a day pack or tote for your camera, binoculars, water bottle and personal items.

I recommend making reservations ahead of time; sometimes the more appealing options sell out.

For schedules visit verdecanyonrr.com, which also has links to other area attractions and lodging.

There is limited lodging in Clarkdale, but plenty can be found in the nearby towns of Jerome, Cottonwood and Sedona. I recommend staying in the area at least two days.