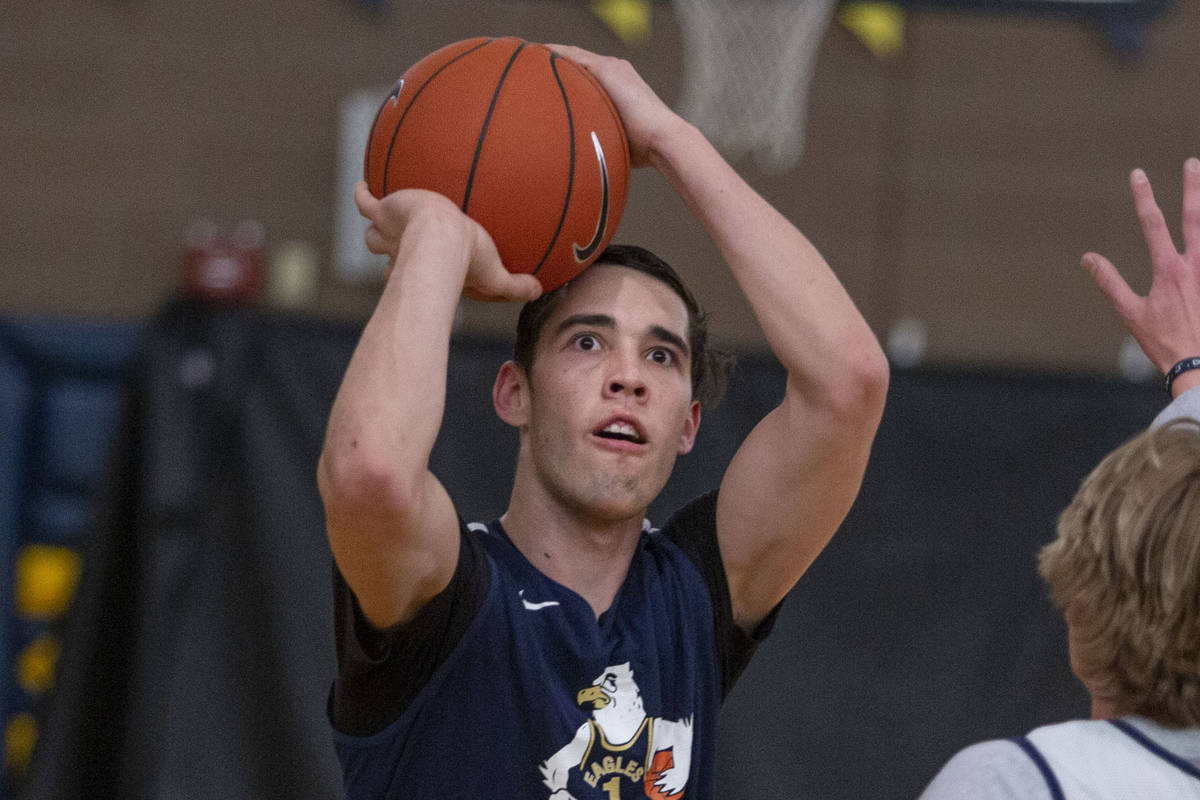 “I am extremely proud and happy with myself for putting in all the hours in the gym, on the road and in games to now be able to call myself a Division I athlete,” Speaker said.

Speaker became the fifth Class of 2021 prospect from Nevada to commit to a Division I program and first from Boulder City in several years when he verbally committed to the Trojans in October.

“As a coach, I couldn’t be prouder or happier for Ethan,” Boulder City head basketball coach John Balistere said. “Coming from our small town, we don’t get a lot of kids signed to Division I schools, so this is definitely a big deal for our community. It’s a great sign to our younger kids that when you put in the hard work and dedicate yourself like Ethan has, special things can happen for you. It’s been clear for years to us that Ethan was a very special player. I’m glad he’s getting the recognition and others will get to see it too.”

A perfect match for Speaker, the Arkansas university was the first to offer him a full ride scholarship to play at the next level, an offer too good for him to refuse.

“I chose Little Rock because I instantly felt like a priority to the school and coaches,” Speaker said. “I like the fact that I fit into their program and school athletically and academically. I think the school is the best fit for me because they offer every major that I am interested in, as well as I fit into the way that they run their offense. The coaches were very high on getting me to go to UALR.”

A highly skilled and versatile player, Speaker, who stands at 6 feet 7 inches, has played multiple positions at the high school level, something Balistere thinks he’ll be able to do at the collegiate level as well.

A strong finisher at the rim and smooth in transition, Speaker was named the 3A player of the year as a junior, following a monster season where he averaged 27 points and 11 rebounds a game.

A second-team All-Southern Nevada selection last season representing the state’s top players regardless of classification, Speaker had a season for the ages with the Eagles, scoring 767 points, the second best all time in the 3A classification behind 2000 Boulder City graduate Lee Hafen, who holds the record for most points in a season with 823.

Already polished for his age, matched with a high ceiling for potential growth, Balistere feels Speaker is a steal for the Trojans’ program.

“The great thing about Ethan is they’ll be getting him as a true 18-year-old prospect,” Balistere said. “A lot of freshman in college nowadays are already 19, close to 20 years old. Right now, Ethan is true to his age and he still has so much more potential to grow. He’s a very skilled player who can do a little bit of everything. I can definitely see him carving out a role early on and contributing. But, if he does get the chance to redshirt, I think it would be great for his development. I really believe he’s gonna have a great career with them and be able to provide them with a lot of different things on the court.”

Deciding between majors in business and construction management, Speaker said he is eager to attend the University of Arkansas at Little Rock both academically and athletically.

Given the chance to finally prove his worth as a Division I player, the opportunity excites Speaker, who is ready to get to work.

“The competition and the huge space for improvement for myself is what excites me most for the next level,” he said.