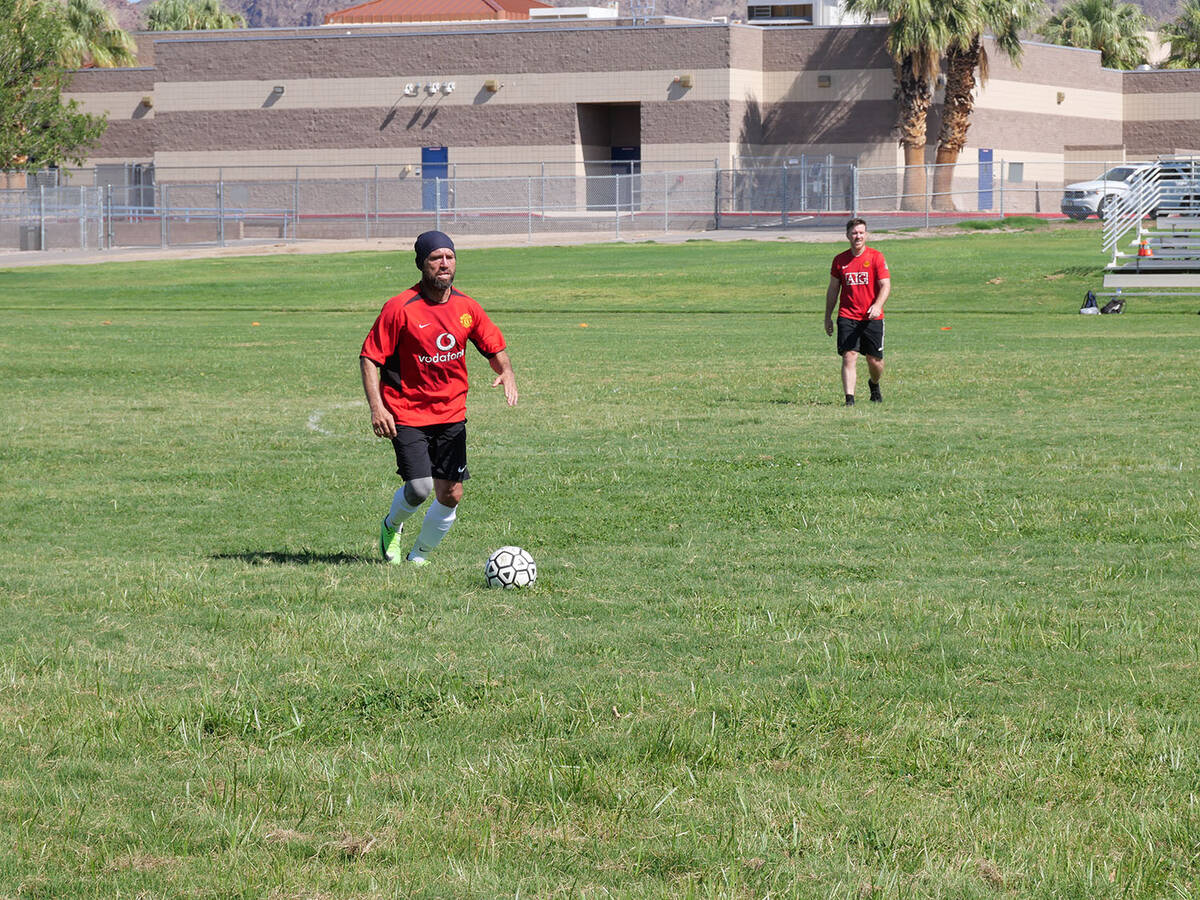 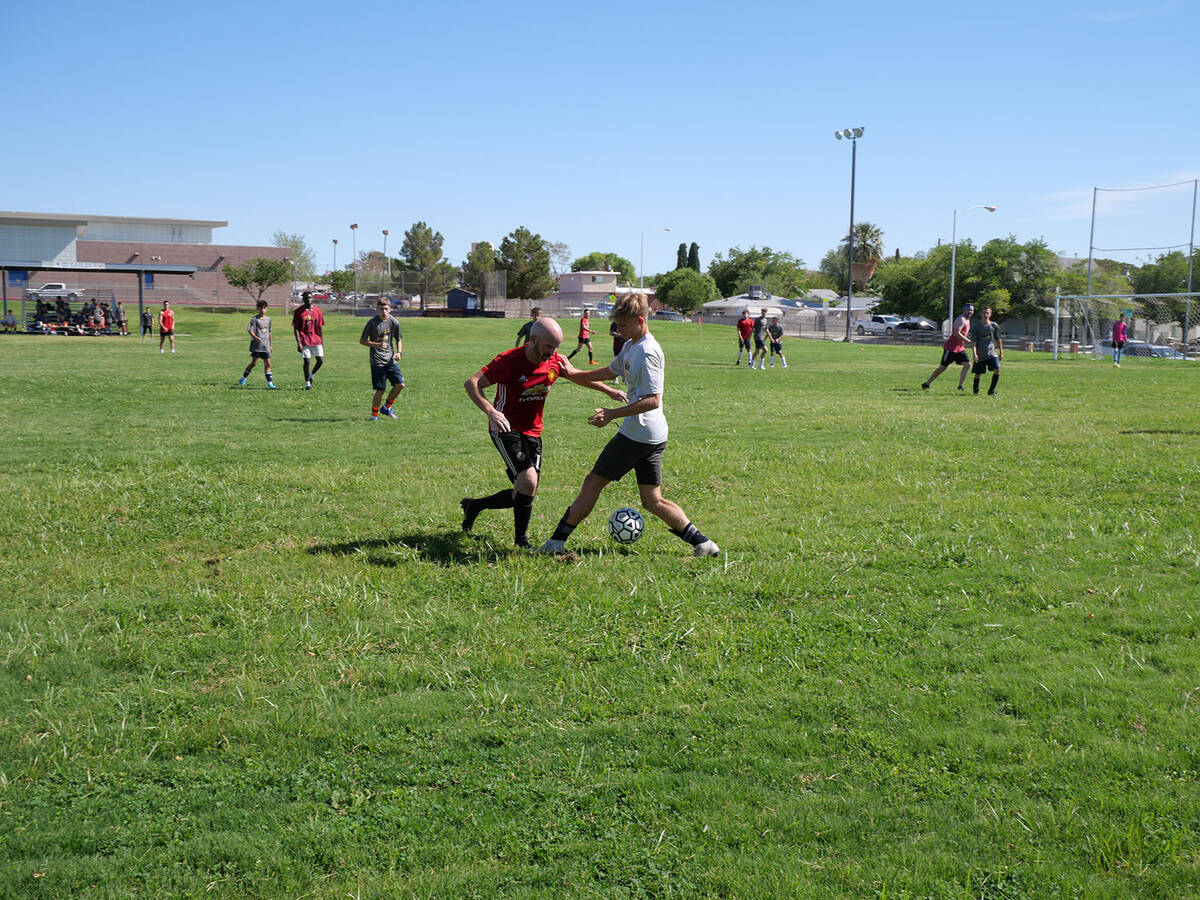 (Owen Krepps/Boulder City Review) The Boulder City High School alumni soccer team, in red shirts, charges up the field in a scrimmage game between them and the current boys soccer team Saturday, Aug. 6. 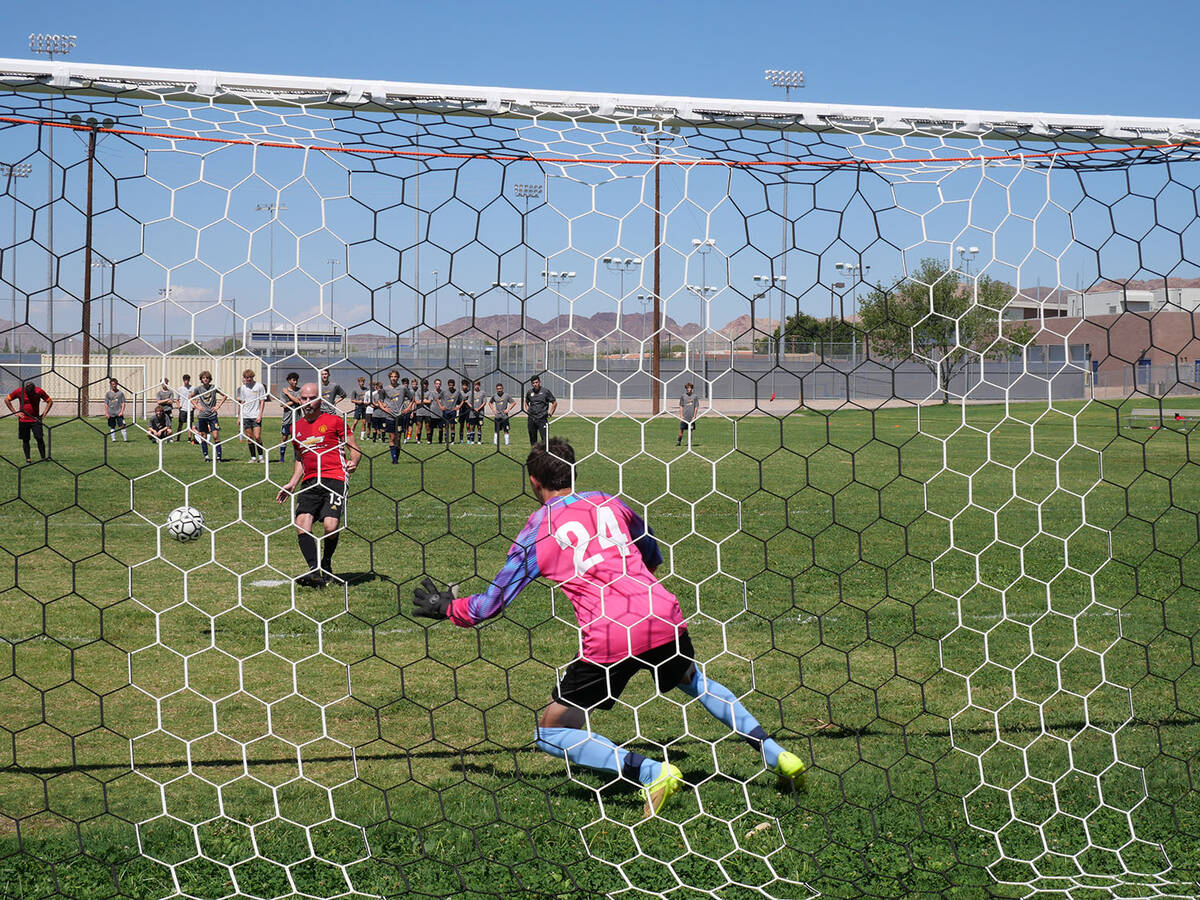 (Owen Krepps/Boulder City Review) A member of Boulder City High School's alumni soccer team shoots on the school's goalie during penalty kicks of a scrimmage Saturday, Aug. 6. The annual match between alumni and students ended with a 4-3 victory for the alumni.

This is the sixth time this tradition has been practiced at the Boulder City High School soccer field and the first scrimmage since COVID-19.

“We try and do it annually. We haven’t been able to these past few years because of COVID. But we want to make sure we carry on this tradition for the future,” said Omar Hernandez, who was named the team’s new head coach after serving as assistant coach.

Typically, the alumni teams dominate this annual bout. Scores in previous games have gotten as lopsided as 12-0. But this year penalty kicks settled a tie for the first time in alumni game history.

Alumni player Kiko Nevarez went as far as to say that this year’s team was the “best team they have ever played.”

“Usually, these games have tended to favor the alumni, as the records show. It was really good to see a close game using all of our players, with all of them playing their hearts out and coming in close. Even with the loss, it is a valuable experience,” said Hernandez.

The Boulder City boys soccer team will start its season at home on Aug. 25 against Equipo Academy.

Last season, they finished with an overall record of 7-9-1 and a conference record of 1-7-1. Soccer season will run into late October/early November.

“I’m really happy that they are actually able to get on the field, and we (the coaches) get to see what they can do. Even though it is an alumni game and just a scrimmage, it still counts a lot. It is a valuable experience for the players to play with as many different kinds of players and skill levels as they can. It will all benefit them for the season,” said Hernandez.