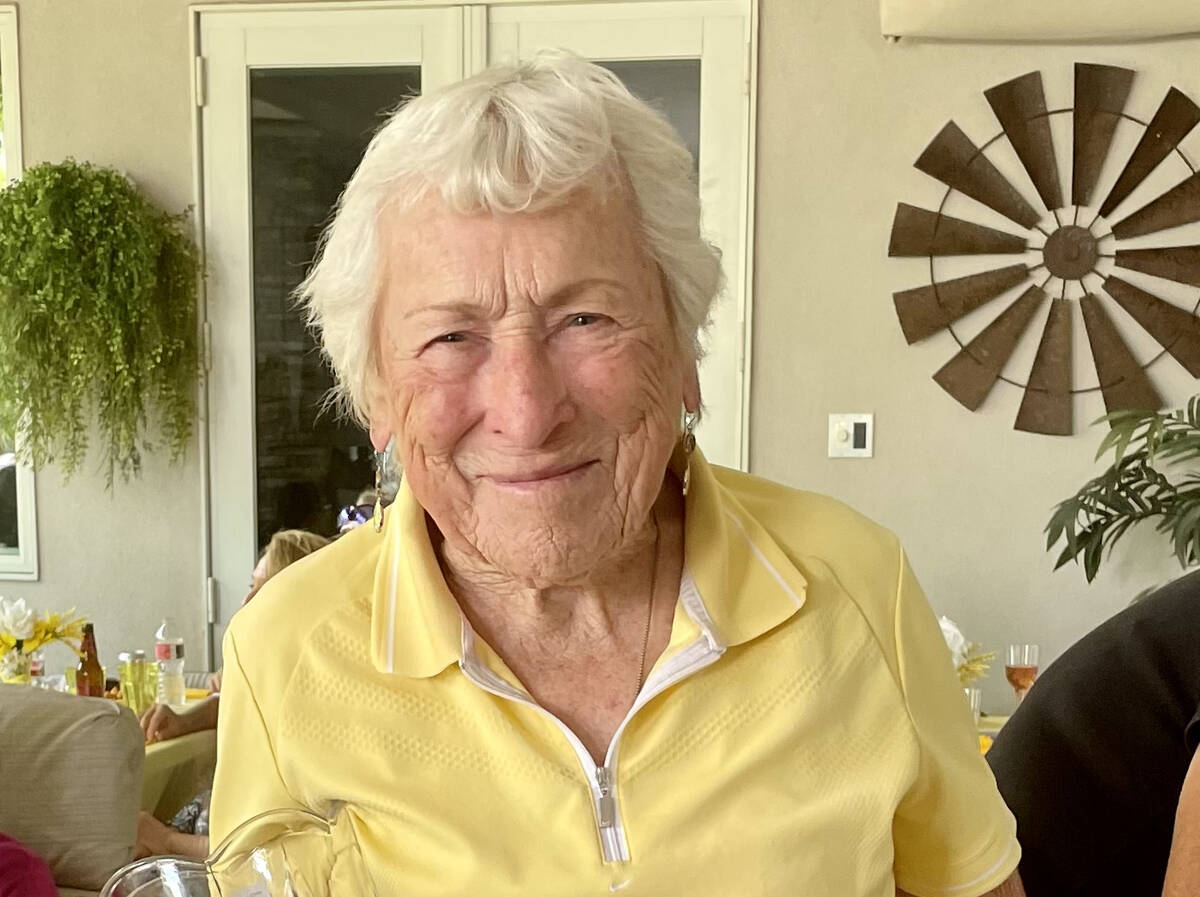 (Jackie Bleck) Boulder City resident Virginia “Birdie” Hurst, 94, is an avid golfer and said she has no plans of slowing down.

“I’m not thinking of stopping anytime soon,” Hurst said. “I guess when the time comes, the time comes, but the thought hasn’t crossed my mind. The game is still fun for me.”

Called Birdie by her peers, the name is fitting for a game she loves. Ironically, her nickname came long before she ever thought of hitting the ball off the tee.

“When I was younger, my older sister couldn’t pronounce Virginia, so she called me Birdie and the name just stuck,” the Boulder City resident said. “I always said I had the name but not the game. Every year my mother would enroll me in school as Virginia, but after two or three days, I would be Birdie.”

Certainly having the game now to pair with the name, Hurst stays busy golfing with the 55ers on the first Thursday of every month at the municipal course and as active member of the Boulder City Women’s Golf Association.

While the heat has reduced her to nine holes at the moment, Hurst said she sees no sign of slowing down at her age, calling herself lucky to be able to still enjoy the activity.

“I have a lot of willpower,” she said. “I do a lot of exercises. I work out on my treadmill a lot. At the end of the day, I just kind of look at myself as pretty lucky to be able to keep going at this age.”

Although she first picked up a club in 1967, Hurst said it wasn’t until 1989, when she retired along with her husband, H.B. Hurst, that she had a chance to take the game more seriously and falling in love with the sport.

Traveling with a Canadian-American group, Hurst said she has fond memories of her retirement, playing in several different tournaments.

“We’ve traveled all over during our retirement,” Hurst said. “We’ve been all over the United States and Canada and seen a lot of really nice golf courses.”

She said she enjoys the camaraderie the game brings and jests that the 19th hole is her favorite.

Hurst said she doesn’t know if she’ll get the chance to travel out of state again, but knows for certain that every first Thursday of the month she’ll be out at the municipal course enjoying the game she loves.