Former Boulder City Councilman Travis Chandler was barred from practicing law in Nevada after committing several offenses, according to the Nevada Supreme Court. 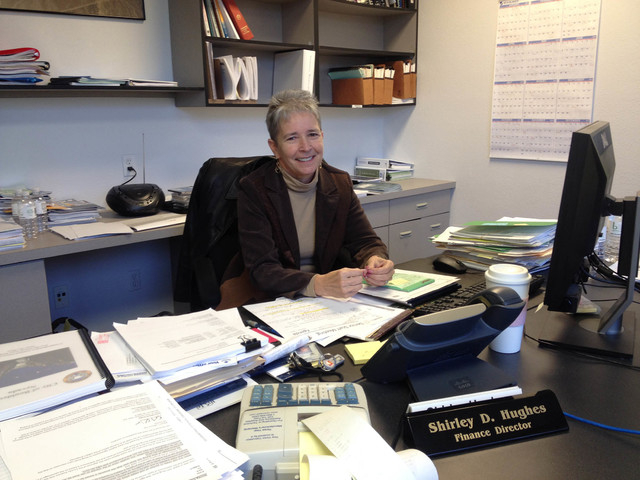 Shirley Hughes, Boulder City’s finance director, will now have a say on how state and local governments report their finances after she was recently appointed to the Governmental Accounting Standards Advisory Council. 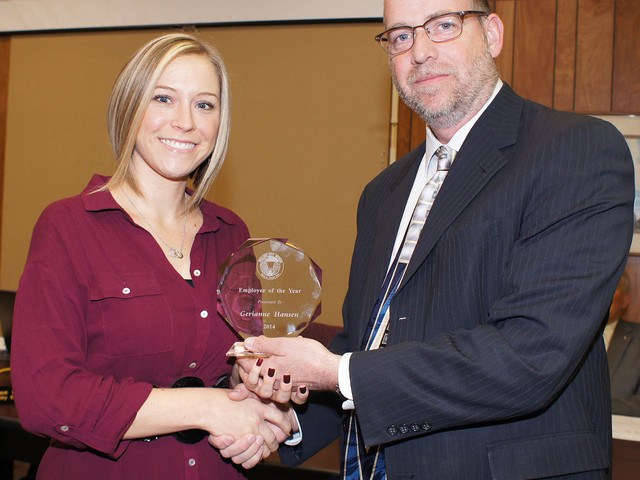 The City Council discussed during its meeting Tuesday evening an ordinance that would limit the amount of nighttime noise around Boulder City.

The gleaming solar panels spread out across the dry, desert landscape of Eldorado Valley have been a pivotal asset to Boulder City’s economic structure.

There will soon be more chickens in Boulder City after the City Council approved an ordinance to let residents in single-family homes keep chickens in their backyards.

The City Council approved an ordinance during Wednesday’s meeting that will allow residents living in single-family homes to keep as many as 10 chickens in their backyards. A detailed report will be published in the Nov. 20 issue.

More residents appear to be in favor of letting homeowners keep chickens in their backyards, according to emails sent to city officials after the City Council decided to hold off on a vote during its Oct. 28 meeting.

Those with physical disabilities will find it easier to enjoy the facilities at the Boulder City pool after new ramps and handrails are installed by the end of year.

The six residents who were wrongfully sued by Boulder City for circulating ballot initiatives in 2010, according to the Nevada Supreme Court, are coming after the city for another $600,000 in compensatory damages.

The City Council postponed voting for two weeks on an ordinance that would allow single-family residences to have chickens in their backyards.

In a brief meeting Tuesday night, the City Council introduced a bill that could affect the housing of chickens in residential areas. 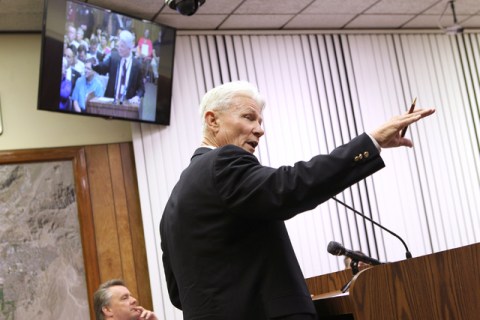 It’s been more than a year since Police Chief Bill Conger was tabbed to permanently lead Boulder City’s Police Department. Since then, he’s strived for more community policing, and improved the camaraderie between the men and women who protect the city.

Bill Rackey is a proud graduate of Boulder City High School and fought to change the street named School Drive to Eagles Drive, which the City Council passed during its Tuesday meeting.

City Attorney Dave Olsen was hit with a $1,500 fine Sept. 10 by the Nevada Commission of Ethics for his involvement in his son’s civil suit against Boulder City and Henderson in 2010.

Boulder City’s Public Works Department is in arbitration with one of the lead contractors of the Nevada Way reconstruction project after the company claimed the city paid it $200,000 less than it was owed.