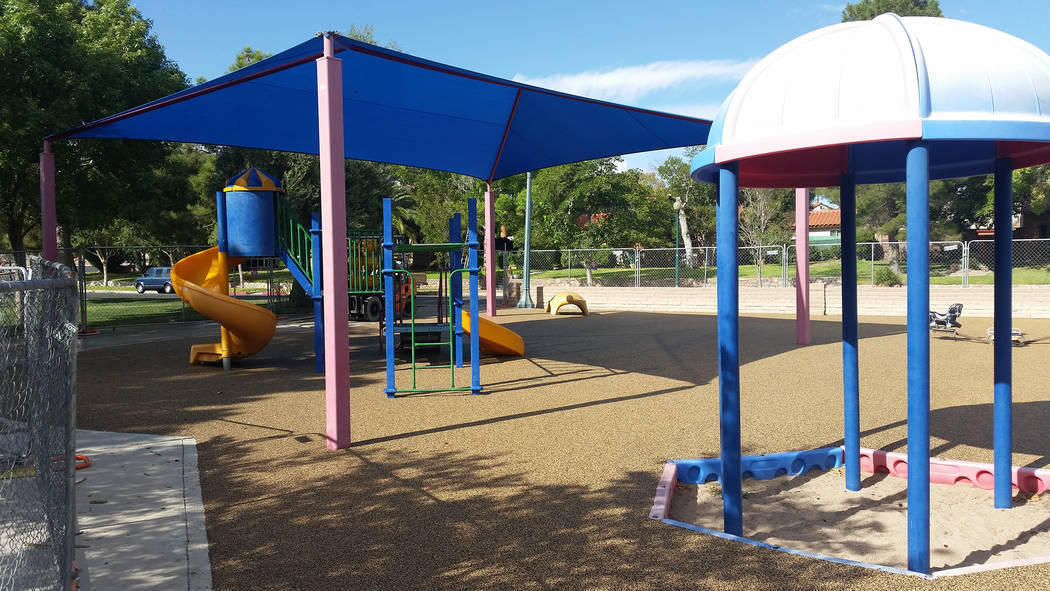 Celia Shortt Goodyear/Boulder City Review The playground at Bicentennial Park is getting a new surface and some improved equipment. Both are expected to be complete by the end of next week.

Bicentennial Park in Boulder City is getting several upgrades that should be completed by the end of next week.

The main work being done is replacing the safety surface at the park’s playground.

According to Communications Manager Lisa LaPlante, the existing surface had been patched over the past years, but it was beyond repair and needed to be replaced. Additionally, some of the playground equipment will be improved as part of the project.

“The resurfacing is part of normal wear and tear,” said Parks and Recreation Director Roger Hall. “I believe the concrete turtle is the only original piece of play equipment at the playground. I have heard from many parents who say they played on it when they were children while attending the Tiny Tots preschool program, and now their kids play on it, too.”

According to Hall the playground has been around since the 1970s.

Cost for the new surface and playground equipment improvements is approximately $70,000.

The 7-acre park at 999 Colorado St. also includes a gazebo, grill, picnic tables and restrooms. It is the site of many major annual events in the community.