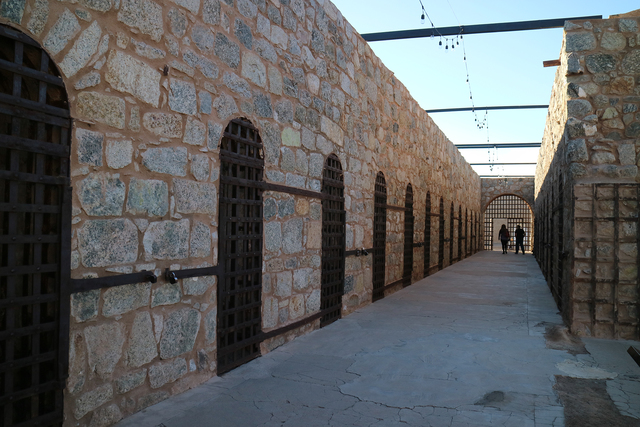 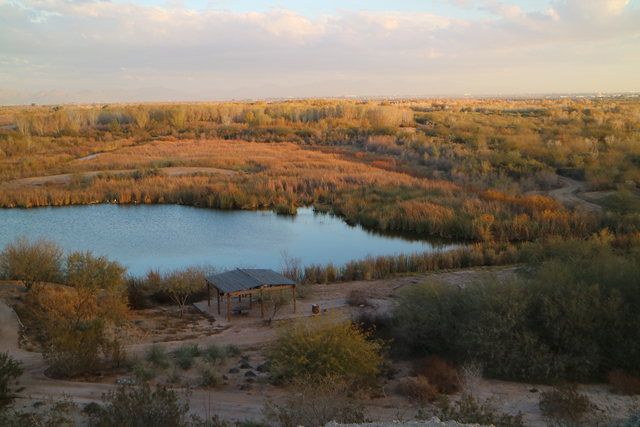 Photo courtesy Deborah Wall The Eastland Park in Yuma, Arizona, offers a natural habitat for birds and wildlife as well as a network of trails for hikers, bikers and birders. 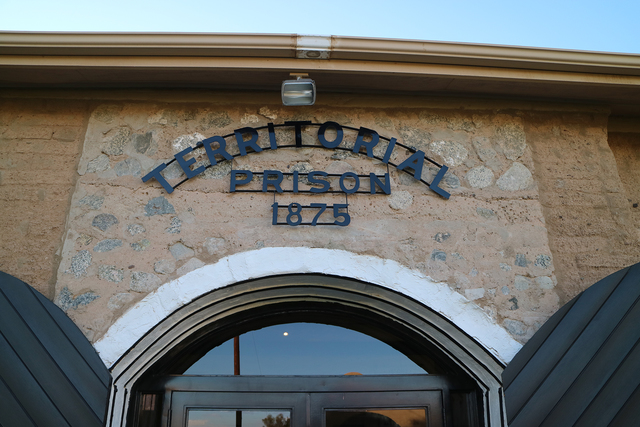 Photo courtesy Deborah Wall The Yuma Territorial Prison in Arizona opened in 1876. Over the short 33-year period that it was open it housed more than 3,000 prisoners.

Most people only know the name of Yuma, Arizona, from “3:10 to Yuma” the 2007 film starring Russell Crowe and Christian Bale. The movie ends before anybody actually gets to Yuma, so we never catch a glimpse of this place, so famous but so seldom seen.

The town is in the extreme southwest region of Arizona and shares borders with California and Mexico. Fewer than 100,000 people live there, but the population swells to as many as 180,000 when winter brings droves of snowbirds in motor homes and travel trailers.

Yuma Territorial Prison State Historic Park is the top tourist destination, but the area also offers opportunities to stroll the wetlands of the Colorado River or visit a wildlife refuge or date farm.

The best place to start a Yuma visit is at the 10-acre Yuma Quartermaster Depot State Historic Park, just a few minutes away from the prison and from most of the town’s tourist lodging.

The depot was established by the U.S. Army to supply its frontier posts in the 1860s. Here cargo was stored and transferred to river steamboats specially designed to run on waters sometimes so shallow people joked that the moving boats raised a cloud of dust. Warehouses still stand containing historic wheeled vehicles such as army freight wagons; you can also read a steamboat log. It seems nearly every entry notes a stop to take on firewood, and you’ll learn that the former need to fuel steamboat boilers is one reason forests no long grow along the banks of the Colorado.

According to displays there, supplies from the Yuma depot made their way upriver and then overland to posts as distant as Fort Churchill in Northern Nevada. Certainly Yuma supplied the short-lived Camp Eldorado, which stood a few miles south of present-day Boulder City.

The quartermaster’s house, a rather elegant Victorian dwelling, still stands and is filled with authentic furnishings of the era. The grounds are beautifully maintained, and there is a cozy little pie shop. One room of this shop is a vault imposing enough to be used in a big-city bank. It was originally used to store the firearms of the post’s soldiers.

Also on site is the Yuma Visitors Bureau, one of the finest and best-stocked such centers I have ever visited in Arizona. Volunteers supply a wealth of information on the surrounding area. Through May 31, it operates on its winter schedule and is open daily from 9 a.m. to 5 p.m. The address for both the visitor center and the depot is 201 N. Fourth Ave., Yuma; you can get additional information from www.visityuma.com or phoning 800-293-0071. Your next stop should be the prison, which opened in 1876 and was home to more than 3,000 prisoners over the 33 years it was in operation. Exhibits here include photos of famous prisoners, examples of prison uniforms and a sort of primitive machine gun once used to make prisoners reconsider plans to escape or riot.

But it’s only when you visit a cell block that you realize how grim things must have seemed to the men and women imprisoned here. The cells seem to be hewn out of solid rock and are equipped with iron doors. Yet the life of Arizona’s free citizens was so tough that, by comparison, some said the state was coddling felons at what they called “a country club on the Colorado.”

One of Yuma’s favorite outdoor activities is birding on the Riverfront Trail along the Colorado. Close to 400 species of birds have been identified here, and a variety of water-loving mammals are sometimes seen. The East and West wetlands parks are great places for this purpose, but my favorite was the East Wetlands Park near the prison.

The 25,768-acre Imperial National Wildlife Refuge, just north of Yuma, is also worth a visit. It protects the lower Colorado River habitat for about 30 miles and offers a haven for migratory birds and wildlife. The best bet here, if you are short on time, is the Painted Desert Trail, a 1.3-mile hike through colorful formations resulting from 20 million years of volcanic activity. Here also are great views of the Colorado River Valley.

Yuma is considered the hottest city in the United States, but that means winter and early spring temperatures are pleasant. March usually sees daily high temperatures of about 80, with lows in the 50s.