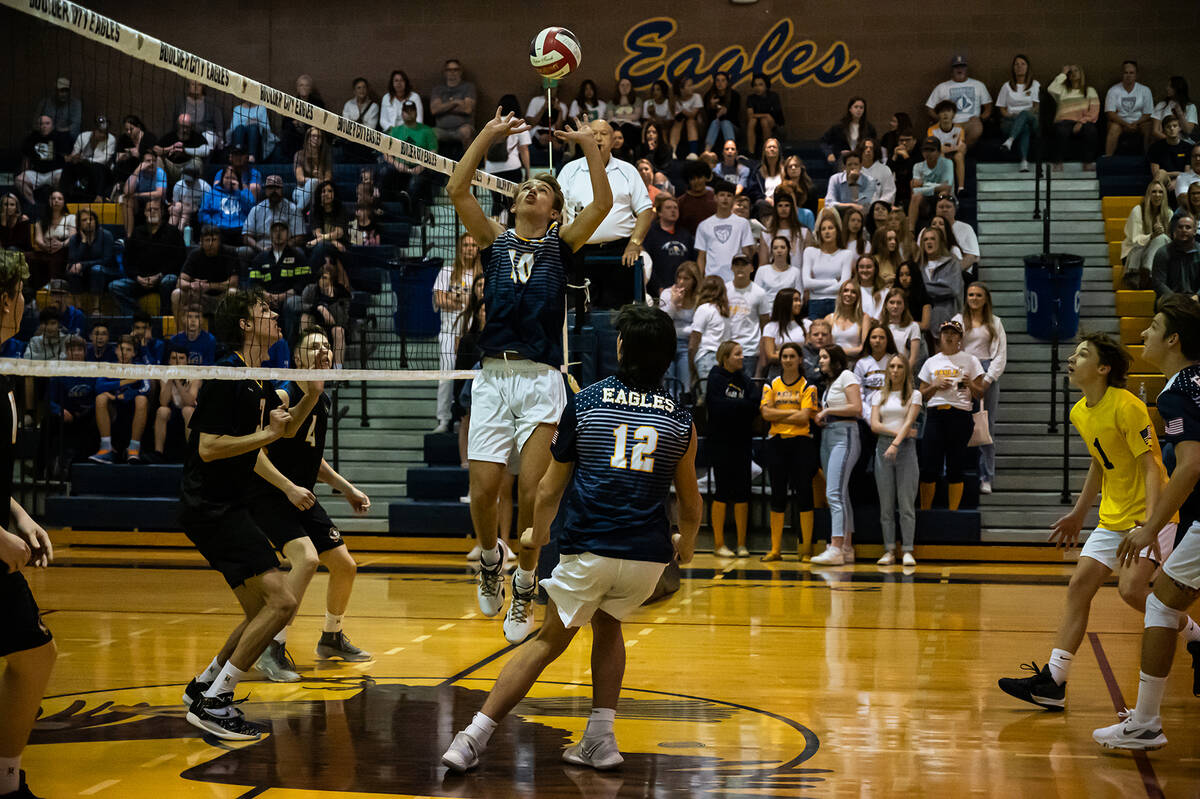 With a 10-1 record, Boulder City High School’s boys volleyball team capped off its most recent slate of games by routing rival Moapa Valley 3-0 on Tuesday, March 29.

“It’s always good to be able to get a win over Moapa,” said head coach Rachelle Huxford. “The boys played really well tonight. Thankfully we were able to pull some of our guys and get our kids on the bench some experience.”

Playing in the Aggies Tournament over the weekend, the Eagles tested themselves against 4A and 5A competition, finishing with a 7-1 record.

Falling to tournament host 5A Arbor View in a hard-fought semifinals matchup 2-1, the Eagles picked up victories over 5A Bishop Gorman and Sierra Vista, and 4A opponents Desert Oasis, Legacy and Mojave.

“We went undefeated in pool play, so that was pretty amazing,” Huxford said. “The great thing about playing in tournaments like these is the larger schools have club players and it was really great to see our guys shut down their club players. This is probably the best this group has ever played. We beat a lot of good teams.”