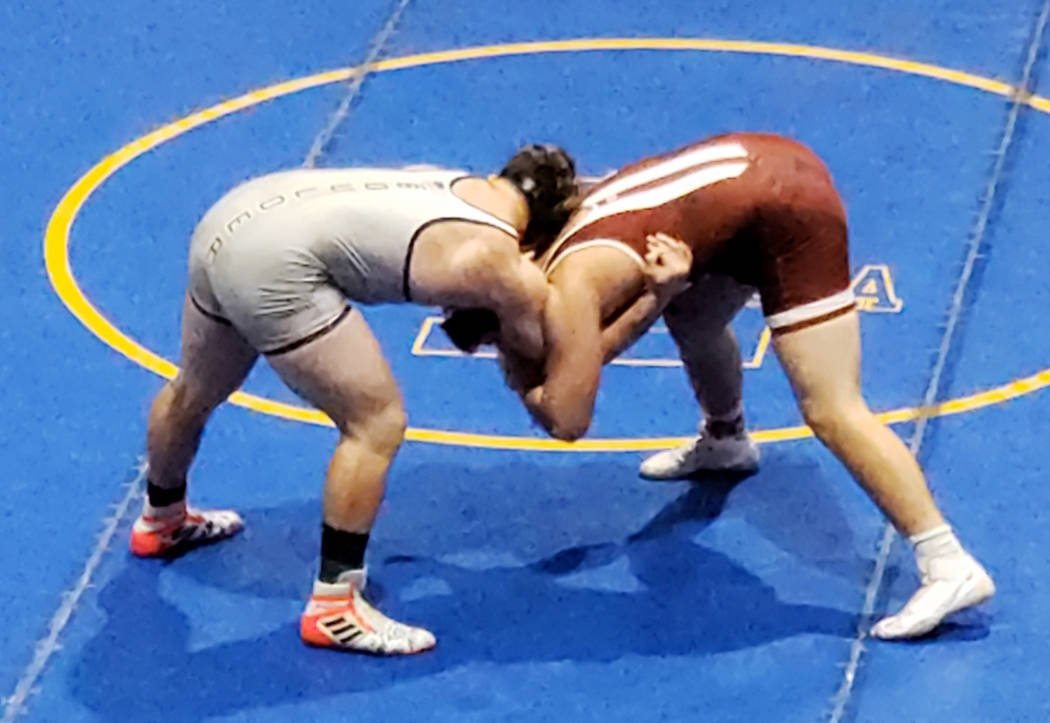 Helping guide the Eagles to a third-place finish at the 3A state meet in Winnemucca on Saturday, Feb. 9, with an overall team score of 77, Dunagan placed first in the 195-pound division and Vanario won the 220-pound class.

“It was very emotional beating the defending state champ of that weight class,” Dunagan said. “I was very happy that I got to share my last high school match with my coaches. It was the way I wanted to go out and what I had been working for throughout my high school career.”

“Taking second in state makes me very excited about my progression because it shows me that the hard work I put in in the offseason has started to pay off,” Ladd Cox said. “This also motivates me to work harder this coming year. It will help push me harder during my workouts and practices so that I can improve more.”

Losing three of their top-four finishers will certainly be a blow to the Eagles’ state title hopes next season, but juniors Curtis Brown (126), Danny Pate (138), Ayden Fradella (145) and Cade Cowley (170), who all competed at the state meet, return for one last run.

“Third place will help motivate us because it made some of us juniors realize how close we are,” Ladd Cox said. “It will motivate us to go to more intensive camps so that we can become better wrestlers and people as a whole.”