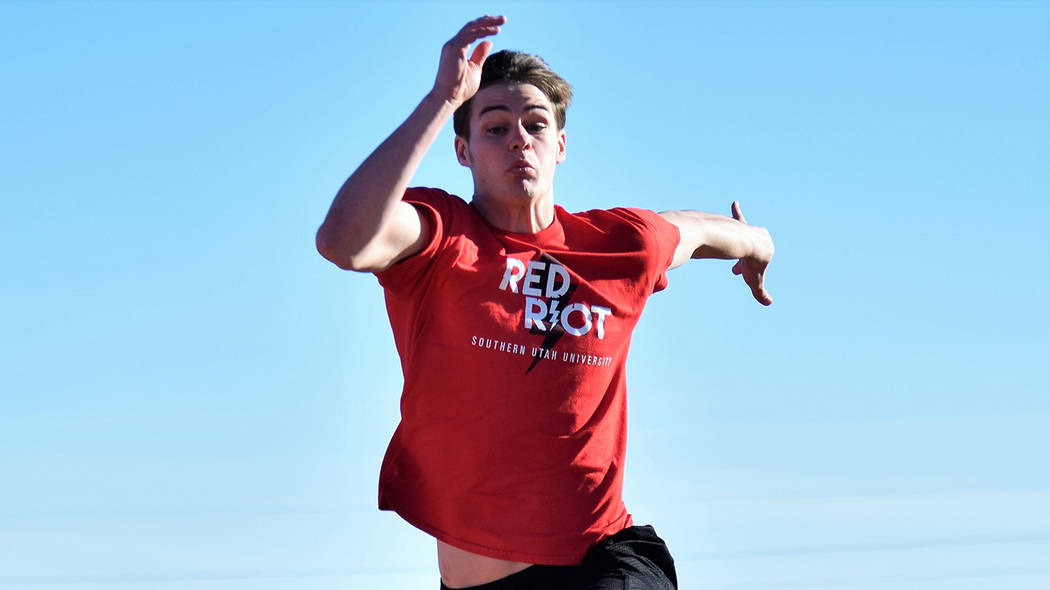 Robert Vendettoli/Boulder City Review As the top returner in the 3A division, Boulder City High School senior Zack Trone should be able to capture state titles in several track and field events this year.

An all-around star for the Boulder City High School boys track and field team, senior Zach Trone is ready to finish what he started.

Qualifying for the 3A state meet last season in the 100-meter dash (fourth place), long jump (third place) and triple jump (fourth place), Trone is ready to become a champion now that he’s the classification’s top returner in each event.

“There was a lot of great competition last year that has graduated,” Trone said. “Now that I’m a senior this year, I’m looking to go out on top with some first-place finishes. There’s still going to be competition both returning and new. I’m ready to go out and compete.”

Hopeful to return to state and up their performances from last season, senior pole vaulters Briggs Huxford (fifth place) and Buddy Boggs (sixth place) said they are excited to conclude their prep careers. Pushing each other in practice daily, the two are working hard on taking home a state title.

“It’s super-fun working with this group,” Huxford said. “It’s very competitive; we’re always learning. I’m excited to be working with Buddy, and hopefully we can both place high at state.”

Also hopeful to make a run at state for the Eagles, which placed sixth at regionals last season in the team standings, are senior Alex Krausman and junior Justice Tilman, who narrowly missed the state cut last year.

More than just a pole vaulter, Boggs finished 11th in the 300-meter hurdles with a time of 46.79 seconds.

“We’re really excited for this season,” head coach Staci Selinger said. “We’re excited to have our seniors back; they’re going to do great this year. We’re also excited to have a lot of good underclassman who are excited about track and are really talented. We expect them to be able to jump into any event and be successful.”

The Eagles will start their season March 15 at Virgin Valley, where they’ll face the Bulldogs and Cheyenne.