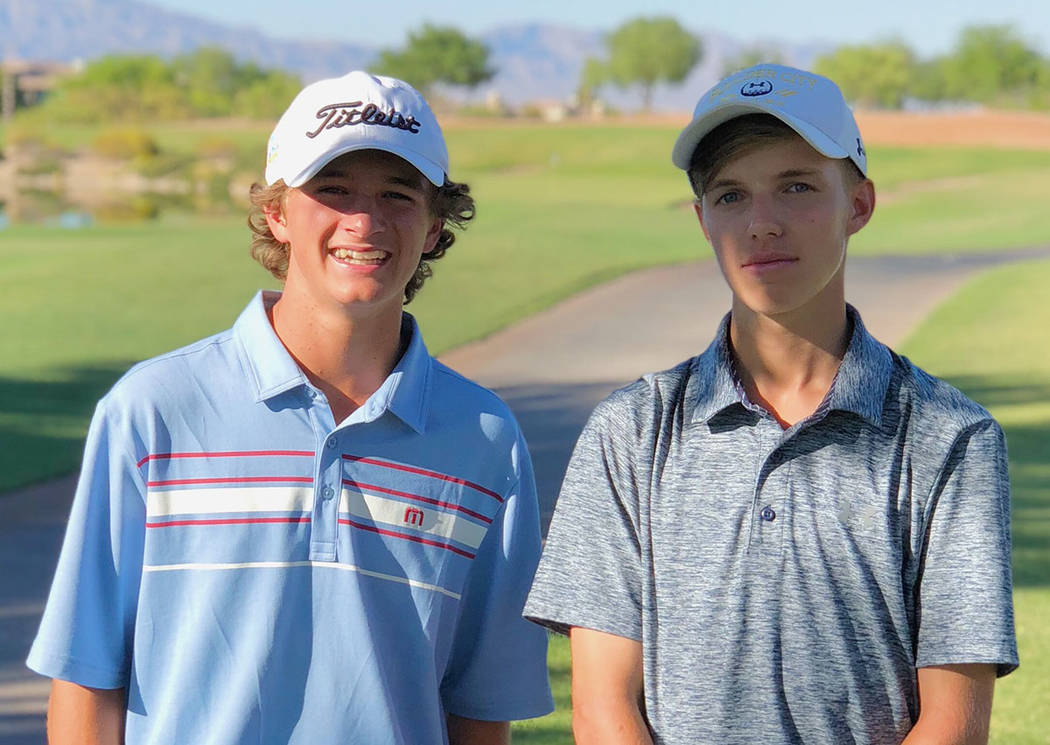 Part of a 32-player group that made it to the championship round on day three at Cascata Golf Club, Jackson finished with a total score of 238, 24 strokes over the course par, while Schaper finished with a 239. They placed 20th and 22nd, respectively.

“The whole big tournament atmosphere was a tremendous feeling, and making it to the championship round was an honor,” Wright said. “Placing that high was really cool. I had lots of really good moments but also some bad ones to minimize the good ones. I thought two rounds in the 70s was really solid though, and I’m proud of myself.”

“I thought I played well, but I could have been better,” Schaper said. “I did some good things over the three days and had some areas that I needed to improve on. This will only motivate me to keep working.”

Matched up against some of the top golfers in the country, Miles Parraco from Kentucky and Gabriel Harl from Oklahoma finished first and second, respectively.

Athletes from Arizona, California and Texas participated in the championship round.

“The competition level was really stacked, I thought,” Wright said. “I played with kids from Texas, Oklahoma, Kentucky and Arizona so I got to meet some new kids and talked it up with them. All the kids I played with were super solid golfers and shot really well. It was a great experience to meet and play with kids from other elite states, and I can say I’m proud I held my ground with them as well.”

Schaper, one of the youngest golfers in his age bracket, said he soaked up knowledge during the three-day event.

“It was great to play with a lot of the older golfers,” he said. “A lot of them have been playing for years so I got to watch them and pick up a few things — see how they manage the game, keep their composure. It was a great experience.”

Holding his own against the stiff competition, Schaper’s play caught the eye of RecruitLook analyst Tommy Canale.

“There’s no doubt Blake is going to be a collegiate golfer,” Canale said. “As to what level is still yet to be determined but he’s a kid that’s capable of putting great rounds of golf together. I’ve been impressed.”

While Schaper is looking to gain momentum for his budding collegiate golf career, Wright is preparing for his after accepting a walk-on offer from Division II program Dixie State.

“Overall, I’m happy with how I performed,” Wright said. “I need to keep pushing myself every day and play in big tournaments like this one to prove that I’m a college-ready golfer. Playing college golf is a dream of mine, and I know I have the skills to make it a reality. I’ve been dreaming of playing for a living since I was a little kid so if it happens, it would honestly be the greatest joy in the world to me just to have opportunity.”