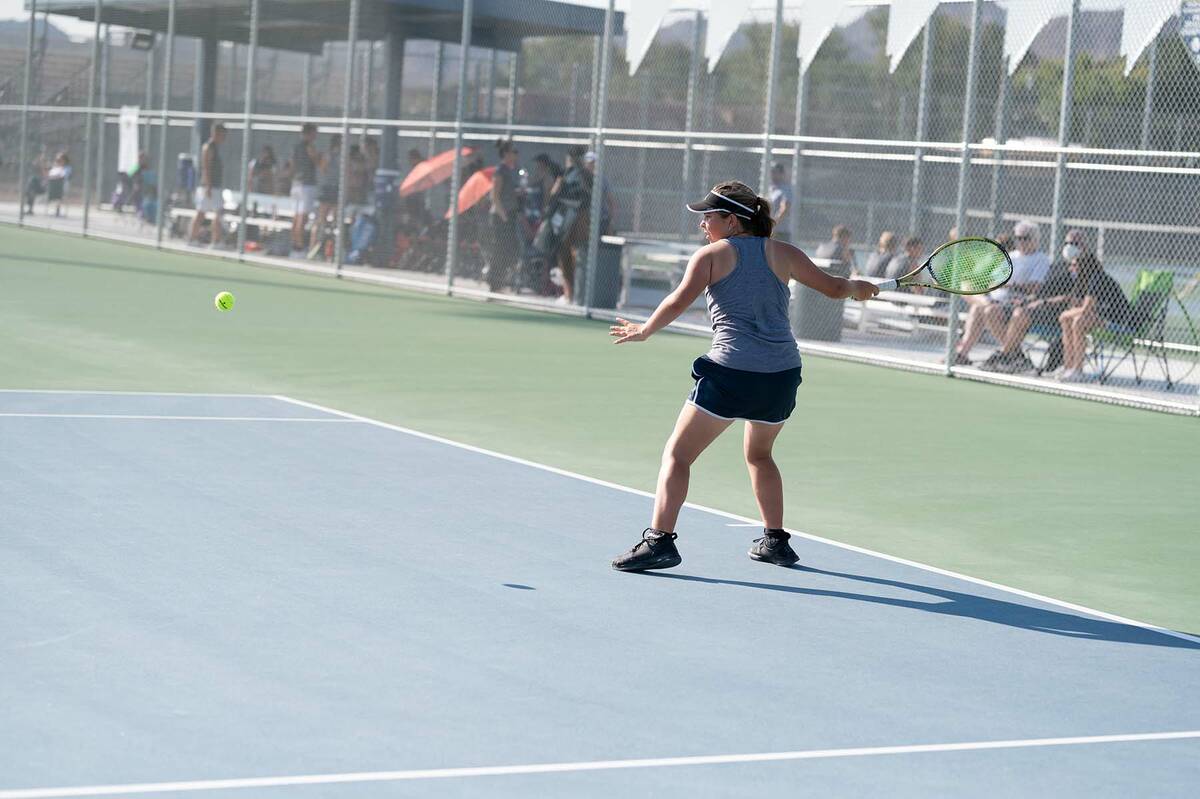 Looking to continue their dominance in the 3A classification, both Boulder City High School tennis teams took care of their upper classes’ preseason opponents with ease.

Coming off their fourth consecutive 3A state championship, the boys routed 4A Silverado 12-0 on Aug. 18 and defending 4A state champion Basic 12-6 on Monday, Aug. 22.

“I think we did very well for our first week of play,” said boys head coach Rachelle Huxford. “We only have a few kids from last year returning with an entirely new group, but they’re definitely hungry. These kids want to play the game of tennis and that makes it so much easier.”

Returning with the goal of being individual champions in doubles competition, the pairing of senior Tyler Lemmel and junior Ike Pappas finished 3-0 against Basic and 1-0 against Silverado.

The Eagles’ second team of seniors, Josh Miller and Jeremy Spencer, finished 3-0 against both Basic and Silverado.

“We have two really good doubles teams this year,” Huxford said. “Tyler and Ike really have aspirations of being individual state champions and every day in practice Josh and Jeremy are right there to push them. It’s going to be really interesting to see how the season plays out for both of these teams.”

In singles play, freshman Bennet Forney finished 2-0 against Basic and 1-1 against Silverado.

Starting their season equally as strong, the girls defeated Silverado 18-0 and defending 4A state champion Basic 13-5.

“We are off to a very good start and I’m confident we are going to have great success this year,” said girls coach Jami Pappas. “We have been working since the summer. These girls have put the time in and it is showing. They are excited and confident going into our season and I can’t wait to see what the season brings.”

Making a strong case to be the Lady Eagles’ third singles player, sophomore Sydnee Freeman finished 3-0, earning two victories over Basic and one against Silverado.

Starting conference play, the Eagles will host Sunrise Mountain on Monday, Aug. 29, followed by a trip to The Meadows on Wednesday, Aug. 31.