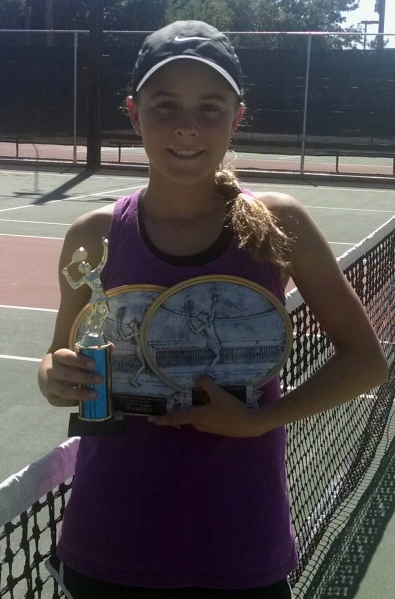 She won every division she entered. The tournament attracted 84 players from throughout the Southwest.

Additionally, Olivia played in the girls 18 doubles with Lorelei Glidden of Tempe, Ariz. They defeated Magtoto and Spisak in the semifinals 8-4, then advanced to the finals, where they won 8-4 against Stephanie Burckhard and Anne E. Carsey.

Olivia is the daughter of Cory and Michelle Mikkelson of Boulder City. She is starting the eighth grade this fall and is home-schooled with the No Quit Tennis Academy.