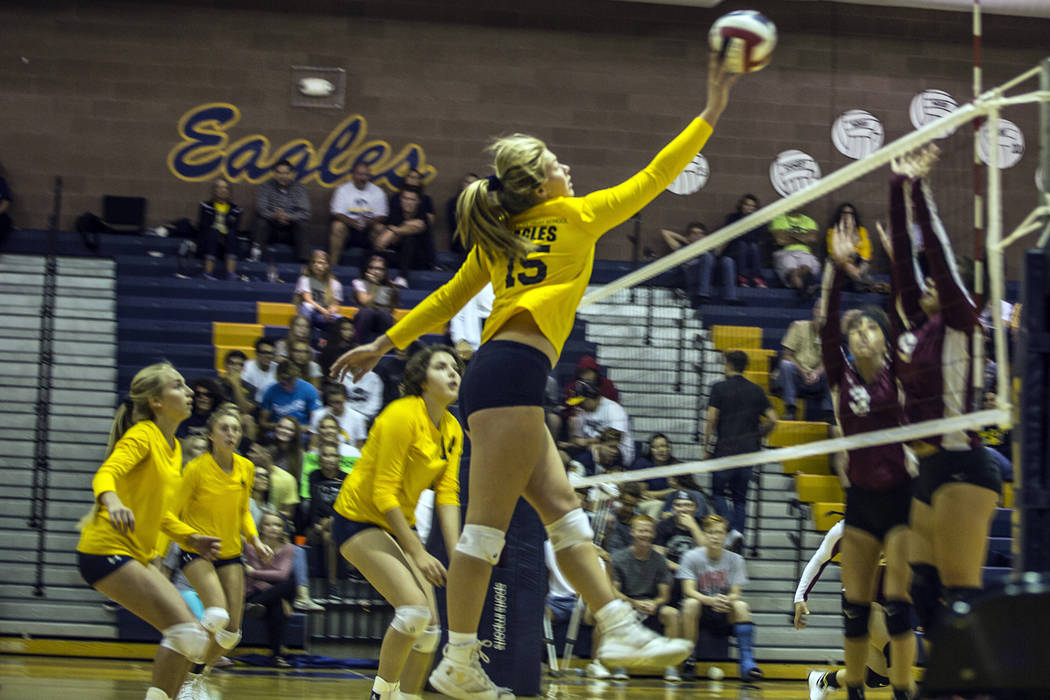 Recording a double-double on the night, senior Maggie Roe led the Lady Eagles’ effort with a game-high 19 kills along with 15 assists. Entering her last postseason with the Lady Eagles, Roe showed early that she’s determined to step up in big game situations.

“I definitely love the intensity of tough competition, it makes me play ten times more aggressive,” Roe said. “Tonight was a good victory for our team. We talked a lot on the court, which helped us keep our play up.”

Roe also had a pair of serving aces and blocked shots each.

Dishing out a game-high 19 assists of her own, freshman Ava Wright routinely found Roe and freshman Kamry Bailey throughout the night to fuel the Lady Eagles’ victory.

Tallying 10 kills, Bailey also had five serving aces. A beneficiary of Wright’s and Roe’s unselfishness with the ball, junior Setia Cox also had her best game of the season with seven kills.

Riding the momentum from their 3-0 senior night victory over Del Sol on Oct. 25, the Lady Eagles hope to continue their winning ways tonight against Pahrump Valley in the 3A Southern Region semifinals.

Against the Dragons, Roe tallied 19 kills and eight assists, while Bailey generated six kills and aces apiece with five digs.

Erupting for five goals in the second half against the Cowboys, seniors Jaydin Darling and Taylor Tenney ended their prep careers with their best games of the season, each scoring two goals, while senior Rebecca Smith scored one.