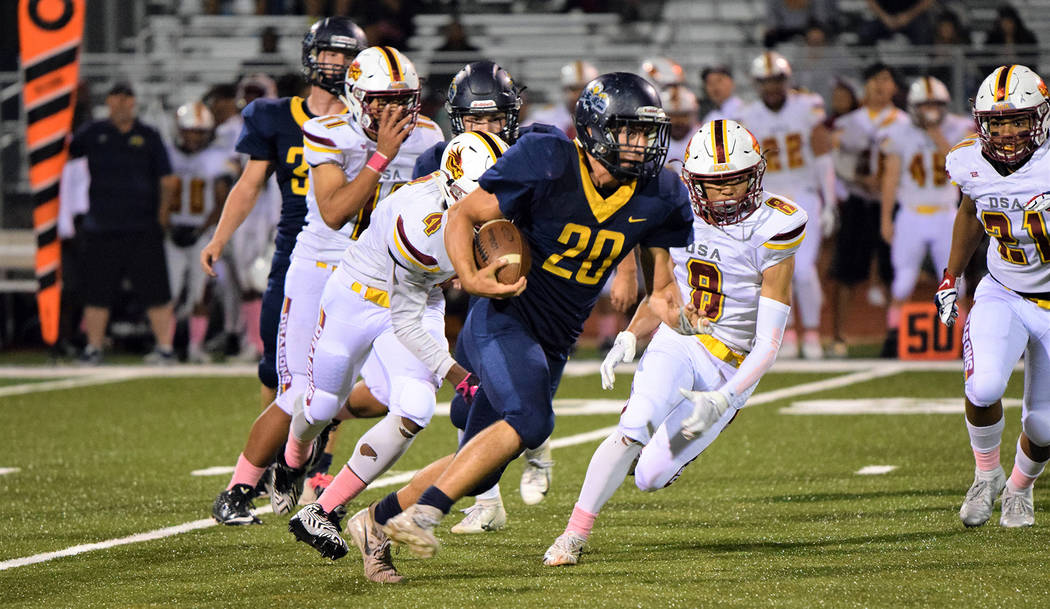 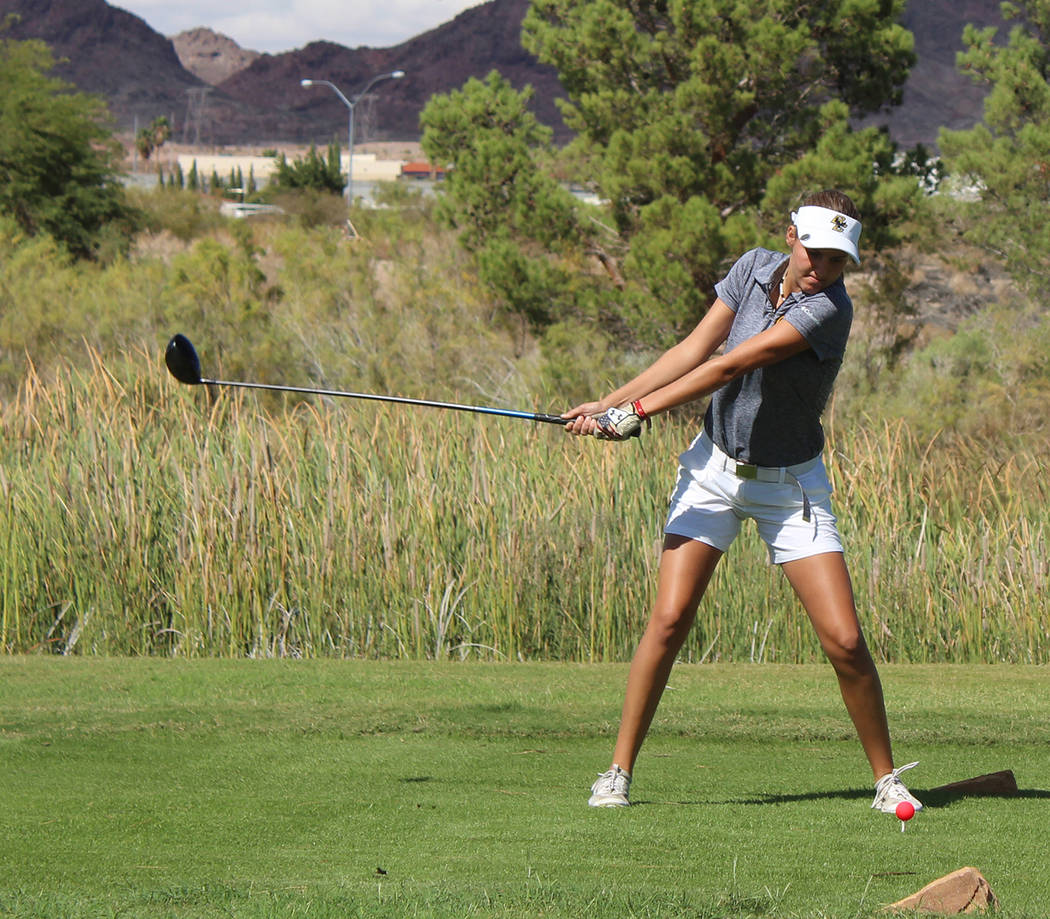 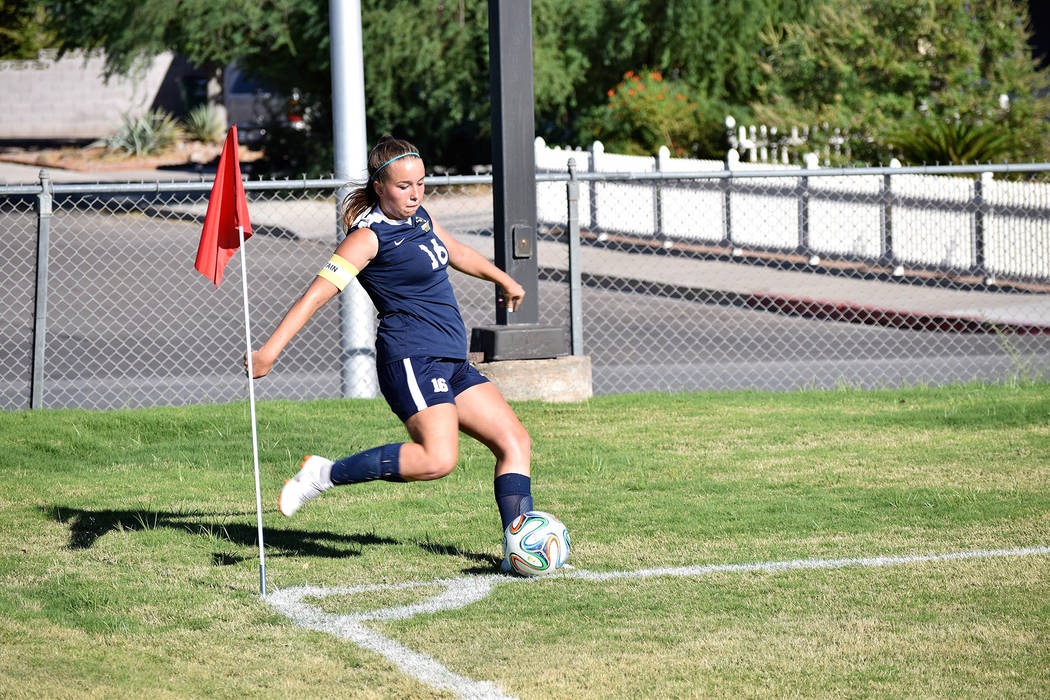 Makenna Aboreen, seen in September in a match against SLAM Academy, received an honorable mention on the Nevada all-state soccer team.

The honors recognize the state’s top players regardless of their school’s classification.

Balmer, a football star for the Eagles, was named a second-team selection at running back after leading the Eagles to their first postseason appearance since 2014.

“It is very exciting and such a huge honor to have made the second team all-state,” Balmer said. “Being recognized for my performance on the field at the state level really means a lot. I really appreciate all of the coaches for recognizing my performance and accomplishments this season.”

Named the 3A Southern Region player of the year for his efforts, Balmer led the 3A classification with 27 touchdowns and 1,619 rushing yards.

He was a first-team 3A all-state selection after leading the Eagles to a 7-4 record.

Helping lead the girls golf team to its second consecutive 3A state championship, Reese was the Lady Eagles’ top golfer this season, placing fifth at the 3A state meet at Schaffer Mills Golf Club in mid-October.

A breakout star this season, Reese recorded five first-place, one second-place and a pair of third-place finishes.

Having a breakout season of her own, Arboreen was named the 3A Sunrise League player of the year for her efforts in guiding the Lady Eagles back to the postseason.

“I was definitely excited when I found out I made all-state honorable mention,” Arboreen said. “This year’s soccer season was amazing and the awards are awesome, but they are really for my teammates as much as they are for me. I really wouldn’t have had the kind of season I had without them. This year’s experience, especially our team making it to the playoffs, has really motivated me to stay focused on always working at getting better and training harder. I can’t wait for next season and hopefully continued success for my team and I.”

Netting 15 goals this season for the Lady Eagles, Arboreen was also named the Golden Boot award recipient, given to the player who scores the most goals in the league.

Adding six assists on offense, Arboreen was a 3A All-Southern Nevada selection.