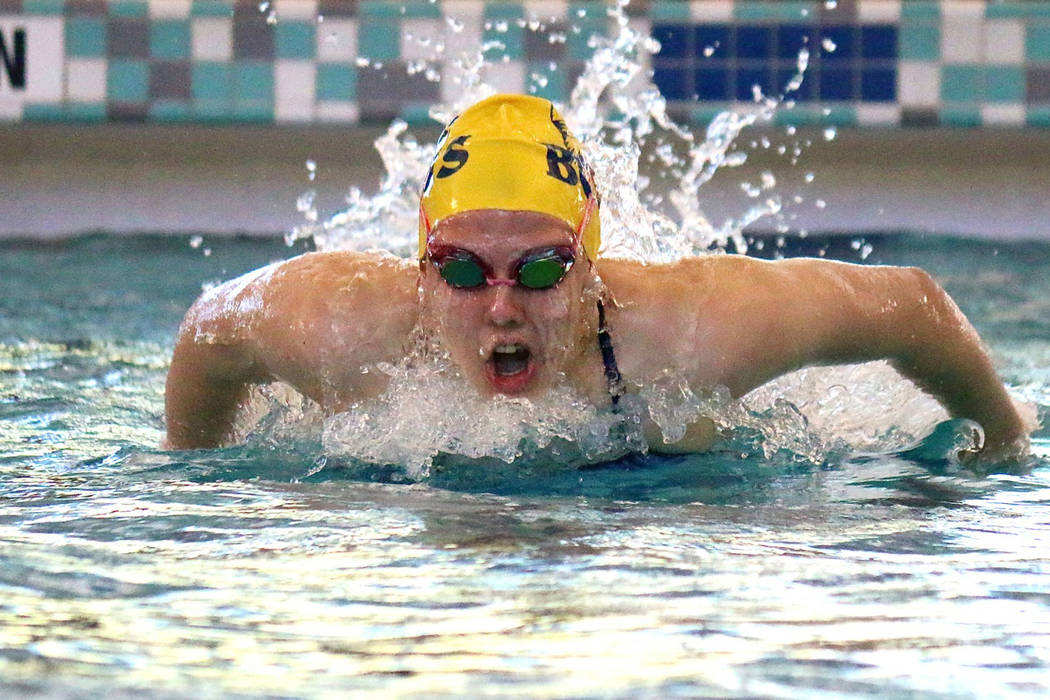 Laura Hubel/Boulder City Review Boulder City High School senior Mandy Gebhart went in as the top seed in the 100-meter butterfly with a time of 1:03 on Saturday and, after a strong swim, held her first-place position swimming her best time this season, 59.93, in the meet against Rancho. 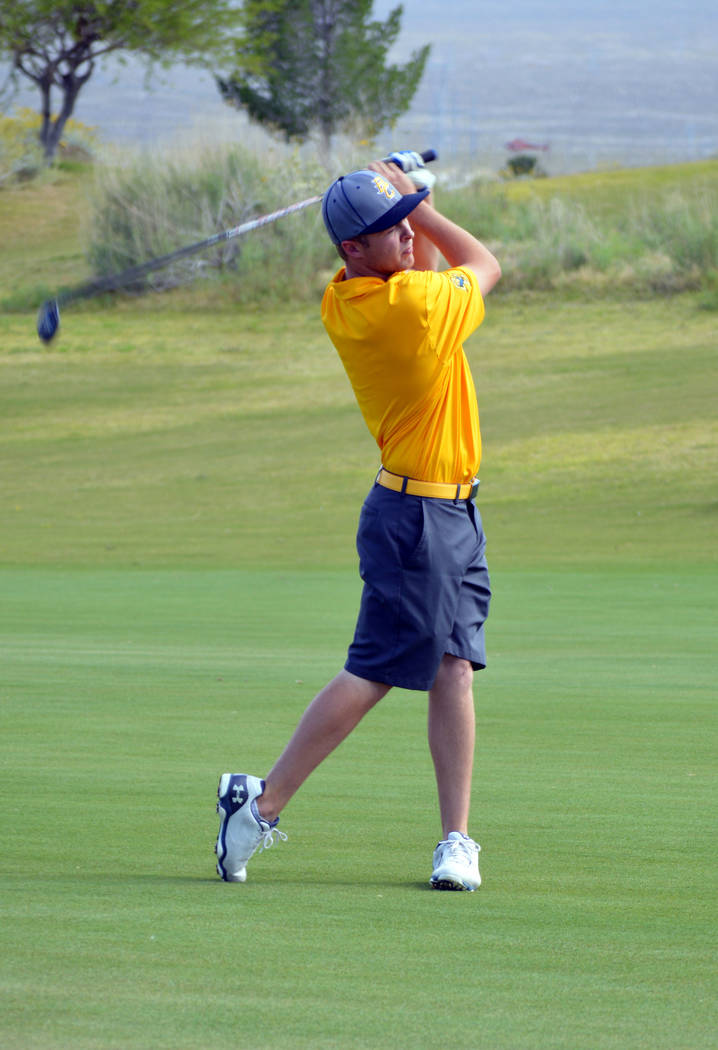 Boulder City High School swimming continues its winning streak, with both programs picking up lopsided victories over 4A program Rancho.

Swimming past the Rams 188-57, seniors Mandy Gebhart and Montana Lloyd each placed first in their events to keep the Lady Eagles undefeated for the season.

Closing their season out Saturday with a last chance qualifying meet at Heritage Park, both Eagles programs seem destined to make another state meet appearance.

“Everyone is starting to buy into our team approach,” head coach Bobby Reese said. “The results for our team are starting to pay off.”

Exploding for six runs in the first inning against the Dragons, the Eagles collected 16 hits, backed by strong run production from senior Kodey Rahr and junior Anthony Pacifico.

Rahr (2-for-2, three RBIs) started off the first inning with an RBI single, followed by an RBI triple in the third inning. He concluded his day with a sacrifice fly for an RBI in the fourth inning.

Having nearly an identical game, Pacifico drove in a pair of runs with a single in the first inning, followed by an RBI triple in the third inning to finish 3-for-4 on the day.

“The great thing about our offense is we play a team game,” Reese said. “Everyone in our lineup can contribute at any given moment. That really makes it tough to pitch around players. Anyone can get hot on any day.”

Getting hot on the mound for the Eagles, junior Rhett Armstrong had his best outing of the season, throwing four innings where he struck out seven batters and allowed only three hits.

Grabbing a win over Chaparral on April 27, the Eagles cruised past the Cowboys 11-6, avenging an earlier season loss.

Armstrong earned the victory, throwing four innings where he allowed three runs on seven hits, while striking out six batters.

Showing he’s more than just a pitcher, Armstrong led all hitters with a 3-for-4 performance with a home run, driving in four runs.

With the regular season coming to a close, the Eagles will enter the 3A postseason as the No. 2 seed in the Sunrise.

Continuing to roll toward the end of the season, Boulder City High School’s boys golf program tested its skills against 4A opponent Green Valley on April 26, picking up a 200-238 victory over the Gators at Legacy Golf Club.

Picking up their fourth win against a larger classified opponent, two against Green Valley and two against Basic, senior Cade Neilson led all scorers as the only golfer under the 36 par with a score of 35.

Upping his game behind Neilson, junior Jackson Wright tied for second with Green Valley’s Ty Klabacka with a score of 37.

Finishing the regular season strong, the Eagles will travel to Boulder Creek on Wednesday for the 3A Southern Region Tournament.