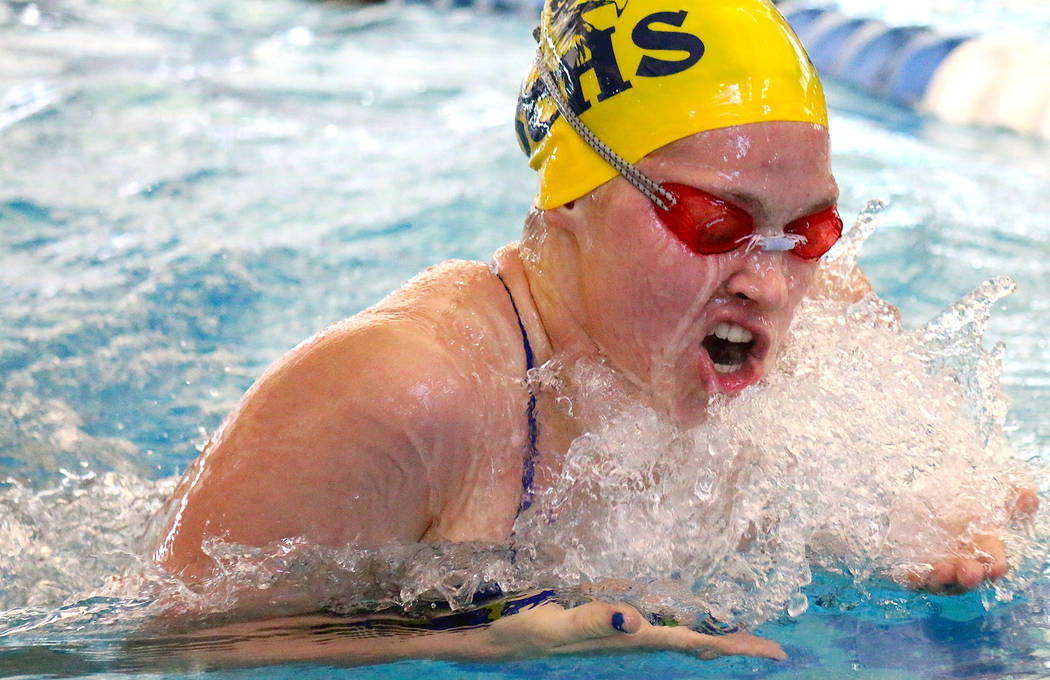 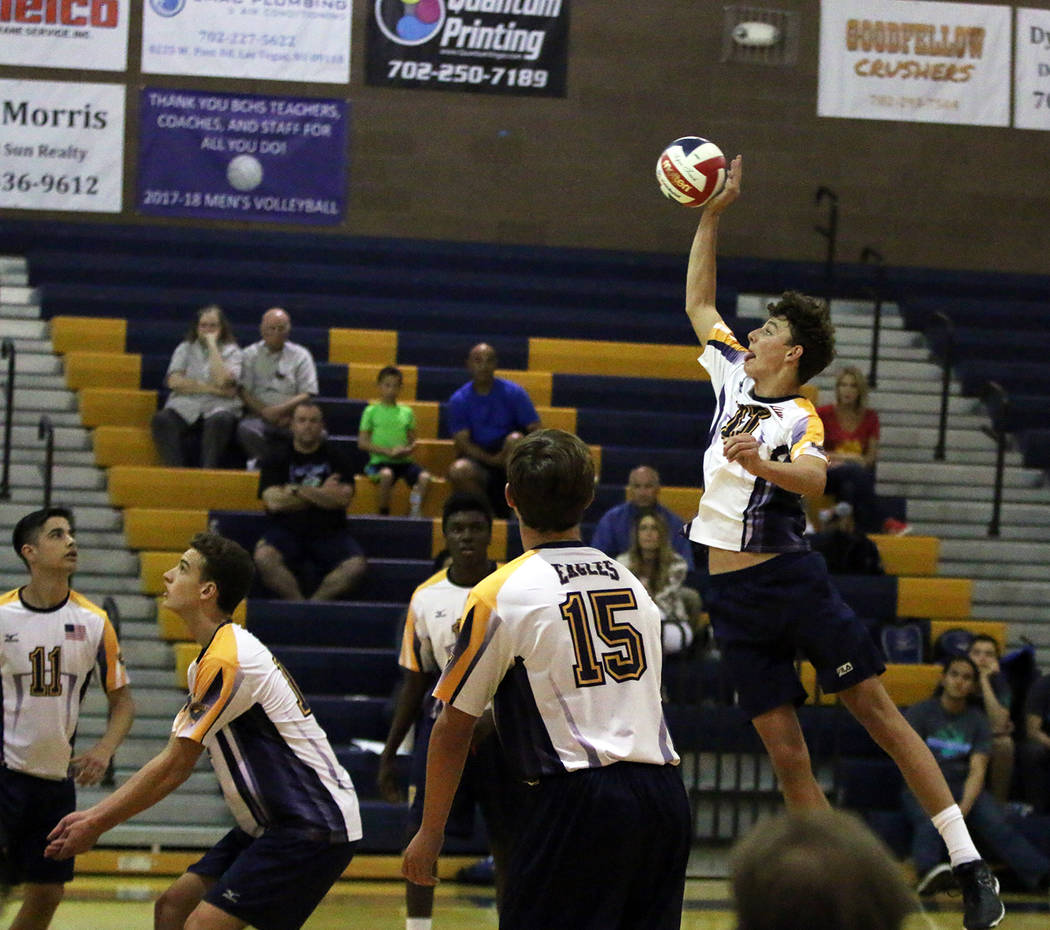 Swimming at Heritage Park on Saturday, both Boulder City High School swim programs were dominant against 4A opponent Las Vegas.

Cruising past the Wildcats with ease, the Lady Eagles won all eight individual events to finish with a 211-45 victory.

Juniors Annika Freiburger and Aimee Garcia led the way with each winning a pair of events.

Freshman Daphne Thompson rounded out the winning effort with a first-place finish in the 100-yard backstroke with a time of 1:06.06.

Hoping to remain unbeaten during the regular season, both programs will host 4A Eldorado on Saturday at the Municipal Pool in Las Vegas.

Despite being swept in their three-game slate against 4A opponents, Boulder City High School boys volleyball team shows promise that it can handle itself against the state’s top competition.

The Eagles (1-8) will travel to 4A Eldorado on Friday, followed by a road game at 3A Chaparral on Monday and 4A Silverado on Tuesday.

“I like the way our season is going,” head coach Andy Schaper said. “The boys had done a great job working on their own and it shows during their matches. We have a chance to compete for another state berth.”

Finishing with an overall team score of 354, senior Jackson Wright and freshman Blake Schaper tied for first at Las Vegas National with overall scores of 82.

Continuing to prove they’re one of the best teams in Southern Nevada regardless of classification, the Eagles defeated 4A Green Valley 162-216 on Monday, April 9, at Legacy golf course.

Gaining strong contributions from their starting four, junior Kevin Phelps finished first with a score of 39, followed by Wright (40), Carducci (41) and Blake Schaper (42).

The Eagles will host a match today at Boulder Creek.

Finishing in the top half as well Saturday, the Lady Eagles placed sixth out of 17 programs with an overall score of 53.

Finishing as the top pointers earner for the Lady Eagles, junior Geri Wachtel place in the top five in all four of her events. She finished second in the high jump (4-8), third in the 100-meter hurdles (18.10 seconds), fourth in the triple jump (30-8) and fifth in the 300-meter hurdles (56.62 seconds).

Finishing first in discus, senior Maggie Roe set a personal record with a heave of 96-6, while senior Kamryn Dolph placed sixth with a toss of 77-8.

Back to racing against Nevada opponents, the Eagles travel to Western today, followed by the Blaine Thompson-Las Vegas Track Classic at Desert Oasis on Friday and Saturday.