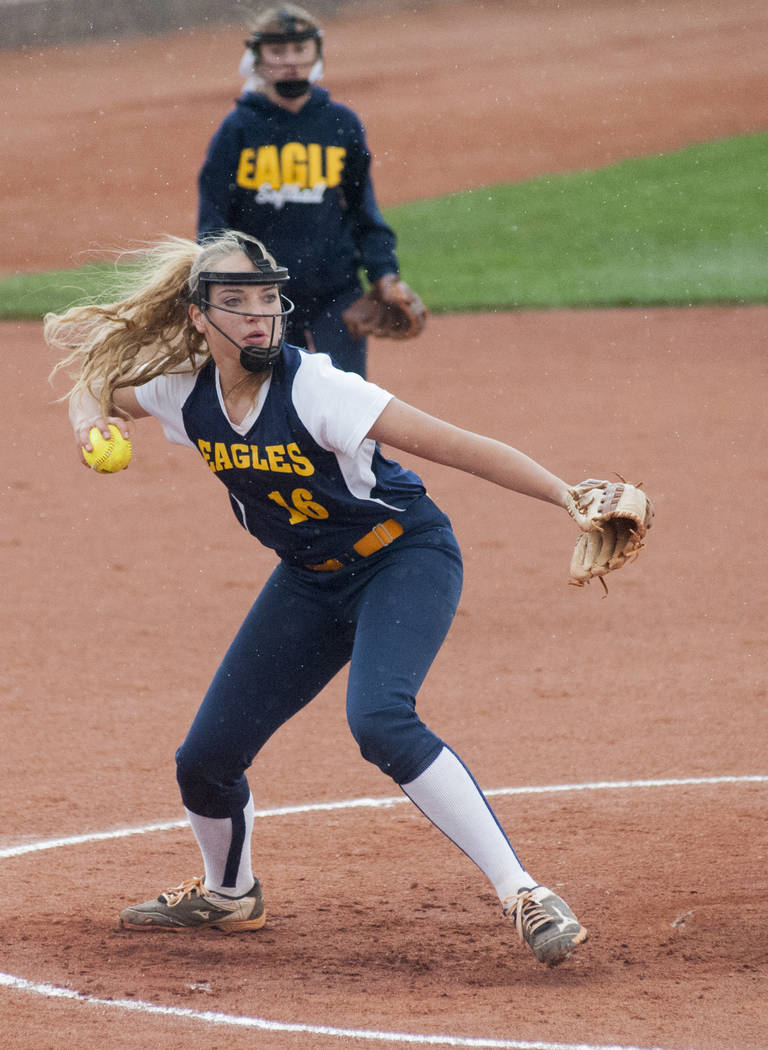 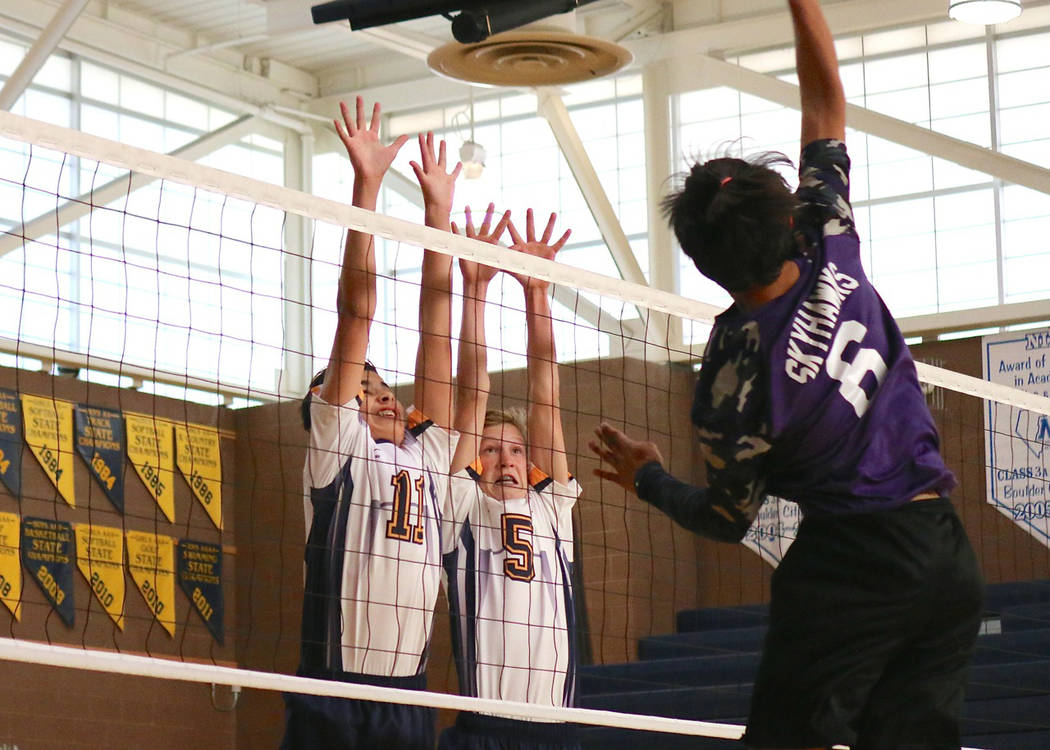 Following an upset to Pahrump Valley on March 22, Boulder City High School’s softball team got back on track against Sunrise Mountain on Tuesday, routing the Miners 16-0.

Knocking in 10 runs in the first inning, the Lady Eagles got big contributions from sophomore Marlena Mills, who knocked in seven runners off of a 2-for-2 performance at the plate with a home run.

Junior Lily Osman came up big, finishing 1-for-3 with three runs batted in and a triple, while junior Bailey Bennett-Jordan shut the Miners down offensive with only one allowed hit in three innings.

Playing much better offensively Tuesday, the Lady Eagles tallied 12 hits after only collecting seven in their 8-3 loss to the Trojans in a battle of 3A favorites.

Giving up six runs in the fourth inning after a minor rain delay stalled Wednesday’s outing, Bennett-Jordan had a rough outing allowing 11 hits, but only allowed one earned run while fanning nine batters.

A rematch with Pahrump Valley is expected this postseason.

Starting league play off strong, the Boulder City High School boys golf program picked up a pair of victories, scoring 428 in match one and 405 in match two.

“It is great to see the improvement the boys made from the first match to the second match,” head coach Andy Schaper said. “They all are working hard to eliminate the few mistakes that create a big number on a hole. Our boys all played great to help bring the team score down in our second match.”

Boulder City High School’s boys and girls swim teams dominated Sunrise Mountain on Saturday at Heritage Park, and are now 2-0 for the season.

Just as dominant against the Miners, the Lady Eagles used their stars this week, racing to a 209-41 victory.

Advancing to 7-2 on the season, the Boulder City High School freshman volleyball team rolled past Basic and Silverado this week.

“The boys are playing well and much better than I think anyone expected, especially since they had zero experience prior to the season,” head coach Joshua Fisher said.

Defeating Basic on Friday, the Eagles routed the Wolves in straight set 26-24, 25-19, behind the efforts of Boen Huxford and Preston Jorgensen.

Using an all-around effort on Monday to grab a come-from-behind victory against Silverado 22-25, 25-21, 15-11, the Eagles gained more of a defensive effort from their starters.

“When you watch them play, many times it seems as if they’re attacking and defending as if they have years of experience,” Fisher said. “We are beating teams that I felt they could and would beat us. Some opposing coaches have been upset at the end of our matches. If these boys stick with it, coach (Rachelle) Huxford and I are in for a special run with them.”

Looking to continue their winning streak, the Eagles will host Legacy on Friday.