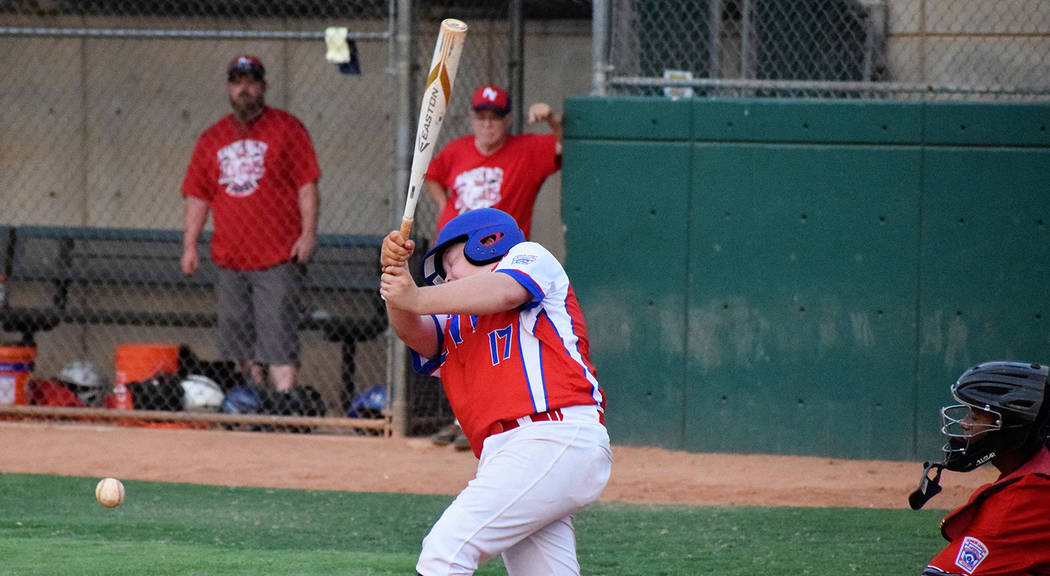 “I’m really impressed with the team,” head coach Clint Spencer said. “Our lineup has been solid through the first two games. Everyone is having solid at bats and generating runs. We’re putting guys on bases and being aggressive.“

Only needing nine hits against Paradise to mercy rule them in four innings, the Eagles’ base running was strong, with 14 swiped bags.

Offensively R.J. Kilar finished 2-for-3 at the plate with a home run, double and three runs batted in. Earning the win as well, Kilar threw two scoreless innings where he struck out four batters.

Staying aggressive in game two against Henderson, Jeremy Spencer and Calvez each stole a pair of bases, while Calvez picked up the win after four innings where he struck out 11 batters and allowed one run.

“Chase was really solid on the bump for us against Henderson,” Clint Spencer said. “Our key right now is pitching, especially keeping our pitch counts low and not having to use our bullpen as much. He did a nice job of controlling the game and allowing us to only use one reliever.”

Dylan Spencer (1-for-3) and Izec Easter (1-for-2) each hit doubles against Henderson.

Despite an 0-3 record in the Division II district tournament at Arroyo Grande, Boulder City Little League Majors All-Stars put forth a valiant effort.

“Although we come from the smallest league in the district we have battled hard in each game,” said head coach Patrick Stewart. “This team never gives up and with our power we are always in the game. On several occasions we have had some big innings to get back into a game that looked out of reach.”

Bruce Woodbury finished 3-for-4 against Legacy, while Charlie Stewart finished 2-for-5 with a double against Green Valley.

“This year’s team hit for average and power,” Patrick Stewart said. “This group of boys will be fun to watch as they move up to Juniors and then to high school. They will continue the great baseball legacy Boulder City has developed.”

Finishing with an 0-4 record in the Little League Division II District tournament, Boulder City Maximum Effort 9-11 finished its season on a high note July 10 at Arroyo Grande despite a 13-5 loss to Legacy.

Generating seven hits, Landon Goodhue finished 3-for-4 at the plate with a run batted in. Also getting a hit each were Sam Bonar, Gavin Flake and Aubrey Kilar.

“Win or lose this team has had a great experience and should be able to take all what was taught to them in a short amount of time and apply that to their baseball careers,” head coach Mike Flake said. “The coaching staff has been great with Brandon Barrow and Dan Kirby and with assistance from Keith Boyle and Ed Barrow. As a manager it has been an honor and pleasure to be able to coach with this staff and most importantly help these young men and women with their baseball careers.”

Swimming for Mission Viejo, Grothe battled with Wolfpack Elite swimmer Anton Oerskov for the top spot throughout three of his four events.