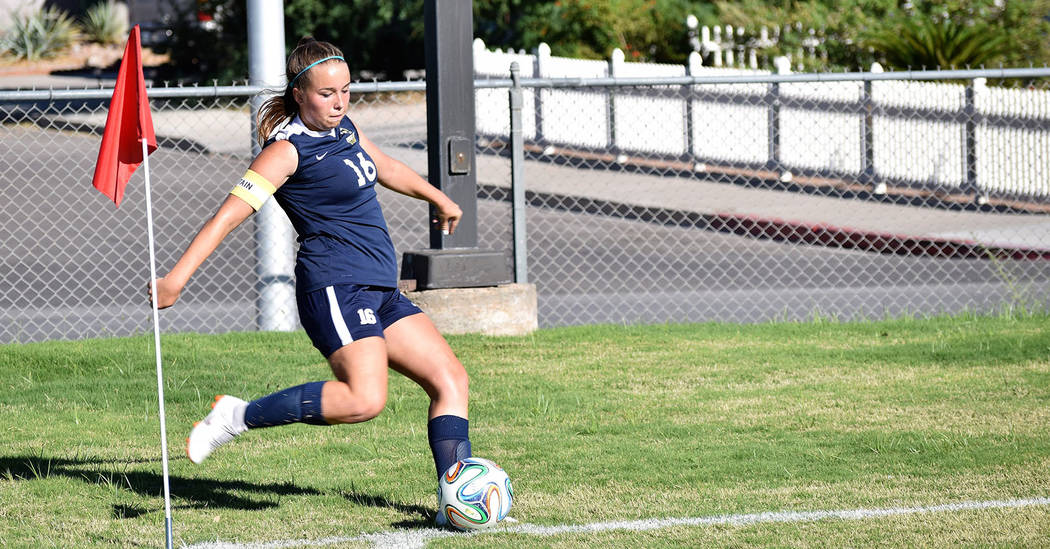 Erlanger finished 2-0 on the day, and so did the duo of Bailey and Pendleton.

“It is important for us to play a variety of teams,” head coach Rachelle Huxford said after the Silverado victory. “There is that unknown factor when we play schools not in our region. It keeps us from becoming complacent. Each time the boys play, they gain important experience that will help them in the postseason.”

The Eagles will host rival Moapa Valley on Monday before traveling to Sunrise Mountain on Wednesday.

“The girls are improving every day,” head coach Jami Pappas said. “My doubles teams are working so hard. They know that in order to win we have to practice the right shots at the right time, being consistent over and over again. They are starting to really understand the strategy behind doubles play.”

Taking what they’ve learned in practice the past few weeks, the Lady Eagles (11-1) cruised past the Cowboys 17-1 on Sept. 13, followed by a 12-0 defeat of Mojave on Monday.

“Coach Huxford and I have been working with them, and they are responding and implementing things into their games,” Pappas said. “This week was a prime example of them going out into a match and doing what we have been practicing. It’s paid off with big wins.”

In their 14-4 victory Sept. 14 over Silverado, the Lady Eagles gained contributions from the entire roster. The doubles duo of juniors Tegan Pappas and Eugenia Kryshchuk went 3-0 against the Skyhawks, while senior Natalie Bowman and junior Katelyn Fox finished 2-0.

The Lady Eagles will test their skills against rival Moapa Valley at home Monday before traveling to Sunrise Mountain on Wednesday.

Boulder City High School boys soccer is on a roll, winning two games this past week against Slam Academy on Sept. 12 and rival Virgin Valley on Monday.

Winning their league opener against the Bulldogs, the Eagles (3-3) rolled to a 4-1 victory on the road behind a pair of goals from sophomores Julian Balmer and Adam Leavitt.

Leavitt also provides an assist in the offensive showcase, along with juniors Adam Romanov and Mason Hood.

Also rolling to a 3-1 victory over Slam Academy, Romanov scored a pair of goals, while Balmer scored a goal. Leavitt, junior Dayton Smith and senior Christian Long each provided an assist against the Bulls.

Looking to end a five-year postseason drought, the Eagles will host Sky Pointe on Monday, followed by a road game Wednesday at Chaparral.

Boulder City’s girls soccer team finished 1-1 this past week, picking up a victory over Slam Academy on Sept. 12 while falling to rival Virgin Valley in their league opener Monday.

Claiming their first victory of the season, the Lady Eagles (1-3) defeated the Bulls 2-1 on a goal each from junior Makenna Arboreen and sophomore Sophia Legat.

The Lady Eagles hung tough with the Bulldogs, taking a 1-1 tie late into the game before Virgin Valley forward Dani Correa scored a second-half goal to power the Bulldogs to a 2-1 road victory.

Junior Madison Manns scored in the second half for the Lady Eagles on an assist from junior Trinity Oeland.

The Lady Eagles will travel to Sky Pointe on Monday, followed by a home game against Chaparral on Wednesday.

Shooting a team score of 415, the Lady Eagles defeated runner-up Sunrise Mountain (569) behind four top five finishers. Senior Ryann Reese shot a 83 on the par-72 course, while junior Sydney Krumm finished third with a score of 103.

Finishing fourth and fifth, respectively, were junior Makaela Perkins (111) and senior Abby Giunta (118). Sophomores Paige Rudd and Riley Shuman each finished tied for sixth with a score of 119.

Ahead of the pack in the 3A Sunrise League, the Lady Eagles will play their next league match today at Coyote Springs Golf Club.

The boys, with an overall team score of 62, finished behind the Pirates (24 points) and just edged out third-place finisher Chaparral (66 points).

The Eagles will participate in the UNLV Invitational on Saturday, followed by a meet at Moapa Valley on Tuesday.