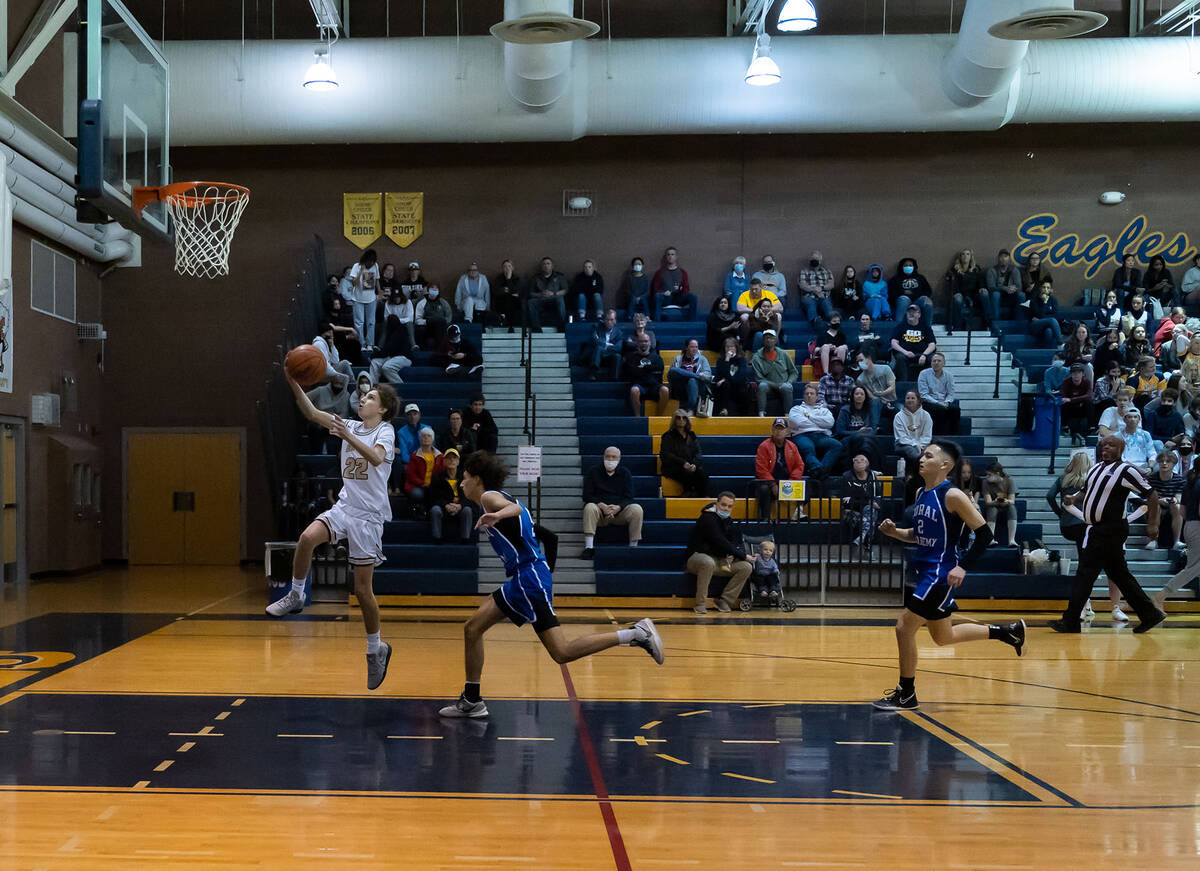 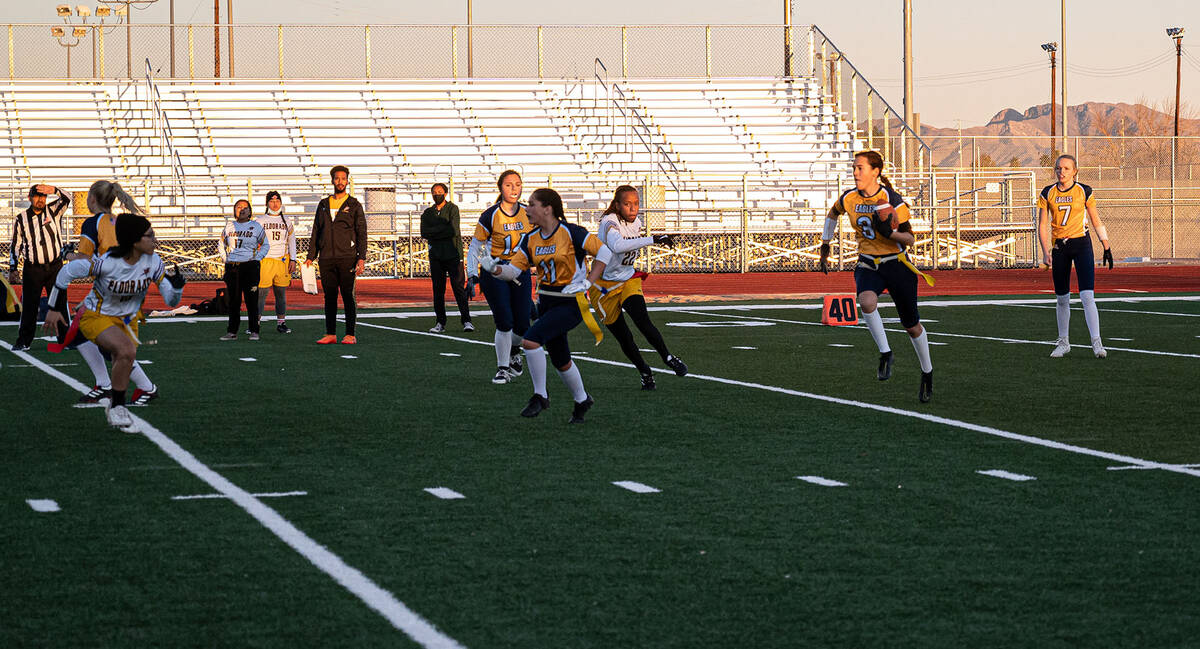 Peaking at the right time, the Eagles have been on a tear in 2022, routing Southeast Career Technical Academy 72-38.

Blanking Eldorado 39-0, junior quarterback Salah Coplin turned in her best performance of the season, completing 12 of 16 passes for 180 yards and three touchdowns, while rushing for 37 yards on four carries.

In relief, junior quarterback Cheyenne Kirk completed five of 11 for 25 passing yards and a touchdown.

Through the air, junior Ava Payne proved to be an elite playmaker, catching seven passes for 154 yards and three touchdowns. Senior Camilla Forneris caught four passes for 24 yards and a score.

Hanging on to defeat Spring Valley 33-26 earlier in the week, the Lady Eagles advanced to 7-4 on the season.

Currently in a tie for second place in the Desert League, the Lady Eagles will conclude the regular season tonight on the road against Western, with postseason play beginning Tuesday.

Playing at an all-time high in the state quarterfinals, senior Jason Bardol led the way with a score of 626. Freshman Jacob Madrigal added a score of 473 and senior William Wallace bowled a 444 against the Vikings.

In round one of the quarterfinals the girls fell 1,453-1,363 to Canyon Springs. Freshman Madalyn Salas led the way with a score of 400, and senior Quinlon Powers bowled a 359.

In individual play at the state tournament, Salas finished second, falling to The Meadows’ Nashrah Qureshi 265-222.

Coverage of the remainder of the boys state tournament will appear in next week’s issue.