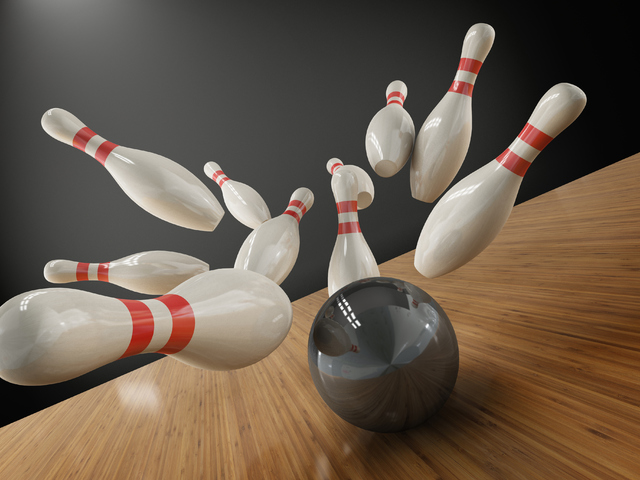 The Boulder City High School boys and girls bowling teams picked up victories against Chaparral on Jan. 12 at Sam’s Town.

Junior Bailey Bennett-Jordan rolled a 464, while senior Abigail Harling bowled a 456 with a high game of 183 in her final match.

Senior Alexis Cable also had a solid outing with a 429 total, while freshman Christine Smith bowled 375.

Turning in one of its most complete performances of the season, the Boulder City High School boys basketball team picked up its first league victory on Friday, 47-44 over host Moapa Valley.

“Our guys played really hard Friday night,” coach John Balistere said. “The game got physical and our kids did a great job of showing toughness. We made some big free throws down the stretch, and defended well throughout the game. (We did a) much better job of rebounding and communicating on the defensive end.”

“It’s very important for us to finally get this win because we’ve been focusing so much on being a team in practice and it’s nice to see things work out after you’ve worked so hard,” Montgomery said. “It takes time to learn how to win, and that game was definitely a step in the right direction for us. We did a good job at talking on defense and playing for each other instead of ourselves. I think that’s what is most important.”

Hoping to build momentum off the victory, the Eagles will resume play Friday at home against 4A opponent Liberty, followed by a league road matchup at Chaparral on Monday.

The Lady Eagles are off for the week and will resume play Monday on the road at Chaparral.